No Toronto history series would be complete without the astounding story of Thornton Blackburn, an escaped slave who made his way from Kentucky to Toronto via the Underground Railroad, helped settle others fleeing captivity, and established this city's first horse-drawn cab company.

Blackburn's unlikely story includes daring escapes from captivity, one of which sparked a riot in Detroit, tireless anti-slavery work, the construction of a city landmark and the establishment in Toronto of a service that's become ubiquitous today.

In Louisville, Kentucky, in the early 1800s Thornton and his wife Lucie were owned and used in forced labour at the height of American slavery. Thornton's mother, Sibby, was also a slave. Little is known about the Thornton and Lucie's early life, and there are no known pictures of either.

What we do know is the pair escaped their owners around 1830 and headed north on a steamboat up the Mississippi, switching to a stagecoach to reach Detroit, Michigan, where they lived an uneasy two years as fugitives. The pair were located by slave hunters and jailed in the city while their return to the south could be arranged. Although Michigan was a free state, racial segregation still existed and it seems authorities were still willing to incarcerate those who escaped captivity. 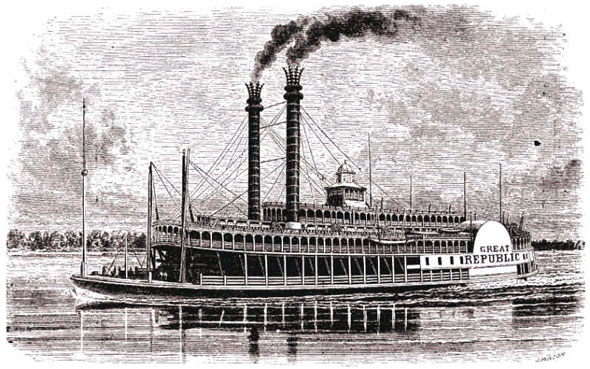 While the couple were jailed, Thornton was bound, shackled, and isolated, but Lucie was allowed visitors, one of whom was Mrs. George French, a woman sympathetic to the Blackburn's plight. During her visit, French bravely managed to swap clothes and places with Lucie and allow the wanted woman to simply walk out of jail and cross the Detroit River to Essex County in Upper Canada. Freeing Thornton would prove much more difficult, however.

The day before he was due to be returned to Kentucky, an angry crowd stormed the jail, overpowered the guards, and managed to release Blackburn. Two people, Sleepy Polly and Daddy Walker, integral to the escape plan, helped transport Thornton to Essex County to be reunited with his wife. In his wake, Thornton left a two-day race riot, the earliest of its kind in Detroit, that would lead to the first riot commission established in the US.

Settling in Toronto, Thornton Blackburn, though illiterate, found work as a waiter at Osgoode Hall while authorities in Michigan twice unsuccessfully applied for the Blackburn and his wife to be deported. It was while he worked that he became aware of the city's lack of a cab company, a concept already established and profitable in Montreal. 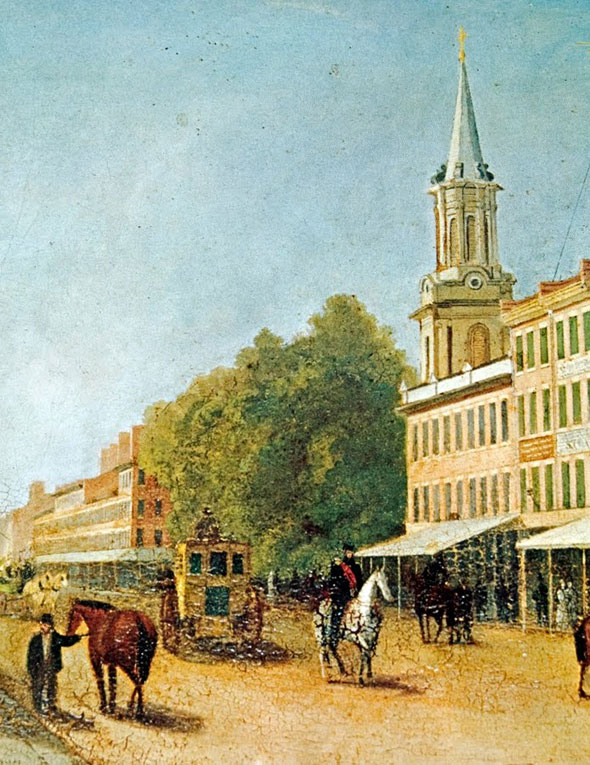 Working with plans for a horse-drawn cab from Quebec, like the one shown above, Thornton commissioned the construction of the first wooden four-seater taxi and founded the company to run it, which he named "The City." The venture was successful and laid the groundwork for several other rival companies in Toronto.

The City's first cab was painted bright yellow and red and is captured in John Gillespie's oil painting of King Street, shown above. The Blackburns grew the cab company and kept a small stable for the working horses at their home at modern day Sackville Street and Eastern Avenue. Though busy with his work, Thornton successfully returned to Kentucky in secret some time in late 1830s to rescue his mother, Sibby, from slavery. Thornton's brother, Alfred, also joined the family in Toronto.

Thornton lived out the remainder of his life in Toronto and is buried in Necropolis Cemetery with his wife; his life and contribution to the abolition of slavery is commemorated by two historical markers, both at the former site of the couple's home. Recently, the site, now Inglenook Community High School, was excavated and revealed portions of the house, shed and cellar. The Department of Canadian Heritage recognizes Thornton and Lucie Blackburn as Persons of National Historic Significance.