If you're not careful, a TTC turnstile might eat your bike

Taking a bike on the TTC is a struggle at the best of times - there are staircases to climb, people to avoid and, worst of all, revolving door-style turnstiles. These cycle and stroller hungry entrances claim victims on a regular basis, despite signs on the door warning of the seemingly obvious, says the TTC's Brad Ross.

"This happens about twice a week," he explains, "we have to send someone to the station and reverse the gate. We don't have to take the gate apart, though reversing it doesn't always work, in which case the bike needs to be taken apart."

So there you have it - you've been warned, again. Don't try and post your bike through the turnstile unless you're prepared to have the comical results posted on Twitter. The image above was tweeted yesterday by Laurie Brown, the host of The Signal on CBC Radio 2.

Here are a few more examples: 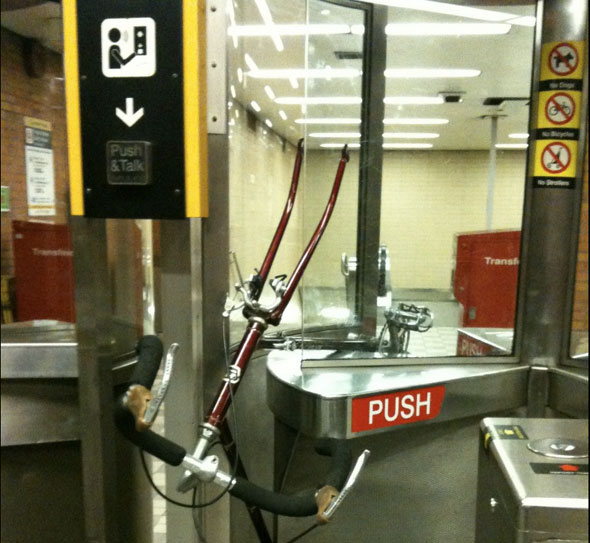 At Lawrence Station, seen by 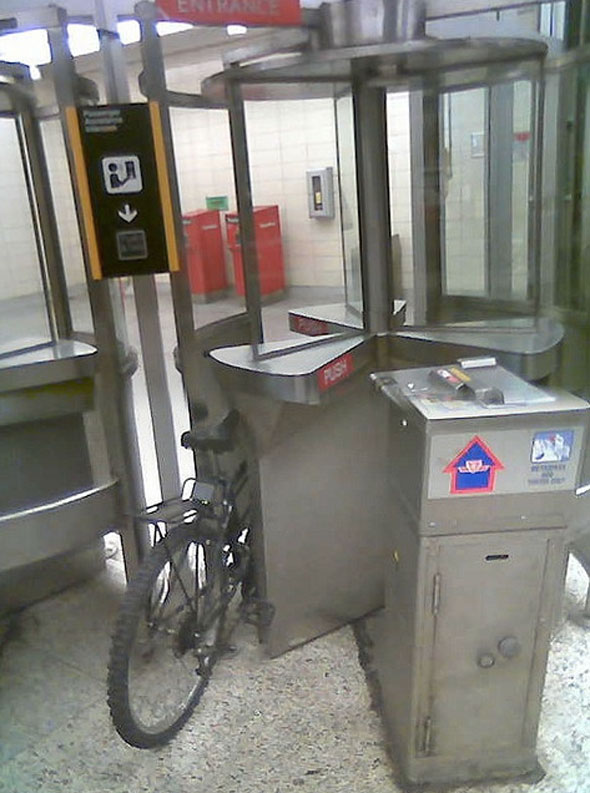 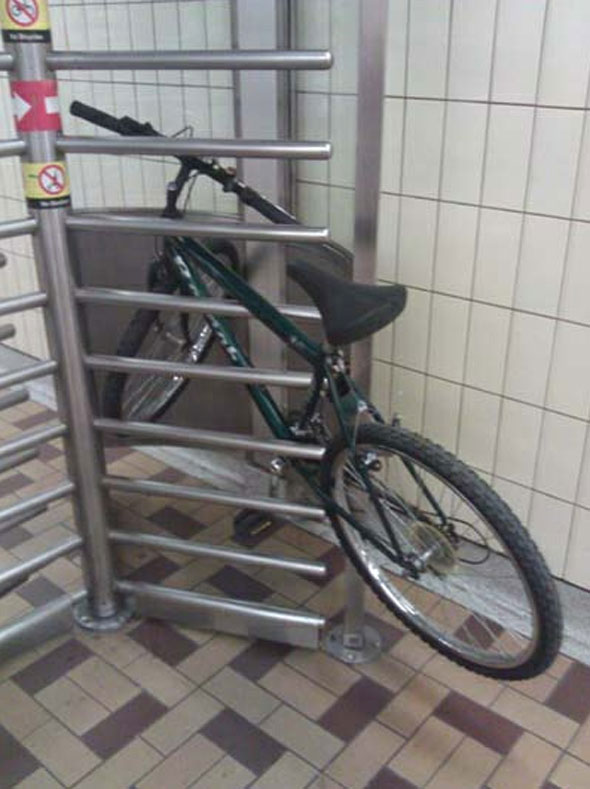