Union Station flood funnies have, well, flooded the Internet in the wake of today's shutdown of Toronto's busiest transit hub. Man, do we ever love to get excited about weather-related mishaps. Getting the most traction so far is the image above, which is actually a pretty darn nifty Photoshop job that fooled a few people (trust me, check Twitter).

Joining the shark and Jaws-themed memes are a glut of Rob Ford images, Titanic jokes, as well as some random one-off stuff. Given that this story can only have so much more life left in it, we thought we'd roundup some of the better ones that we've seen today. As is always the case with this sort of thing, giving credit where it is due poses a challenge. The links affiliated with each photo refer to how we came across them, but we'd be happy to alter the credits to reflect who it is that created the image in the first place.

As of 9:00 p.m., TTC crews are still working to restore service to the Yonge University Spadina line between Bloor and Osgoode stations. There's no word yet on what the damage to Union and surrounding areas is going to cost. On that note, some funny photos! Lead image discovered via Reddit and Zach Bussey.

And, not to forget, we'd love to post more. So please bring others to our attention via the comments, tweet them our way or add them to the blogTO Flickr pool.

For more flood funnies, check out Torontoflood.com. The one with a mopey-looking Keanu Reeves is priceless. 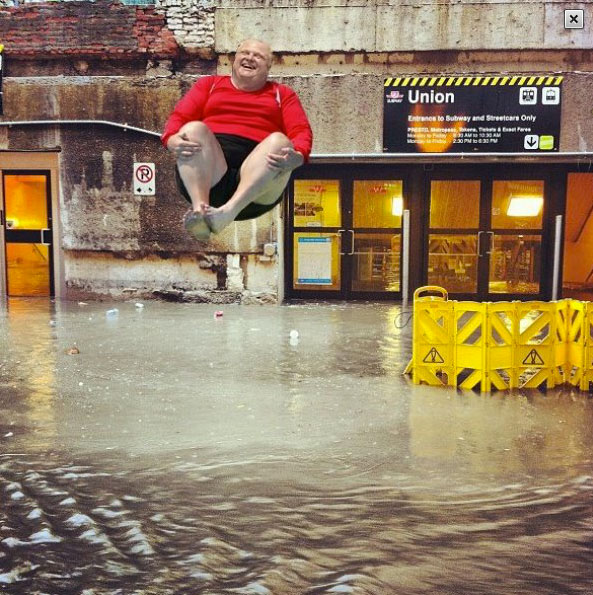 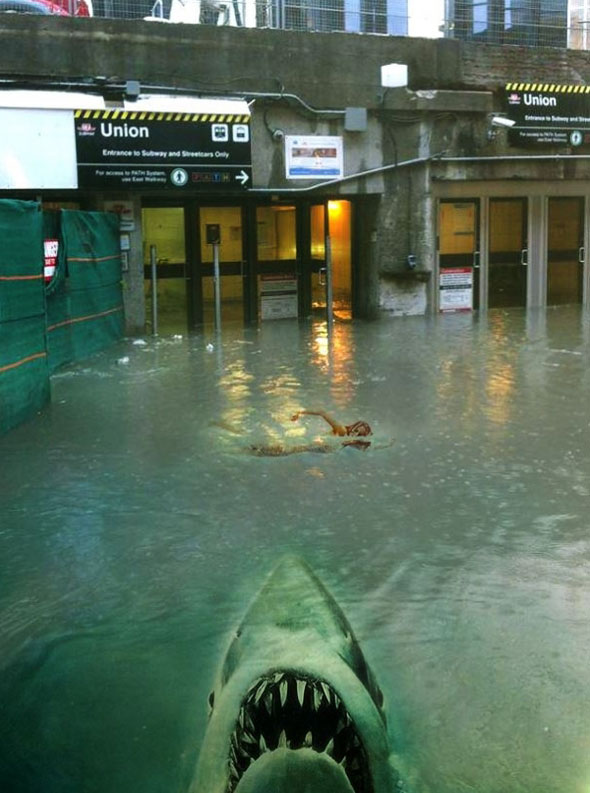 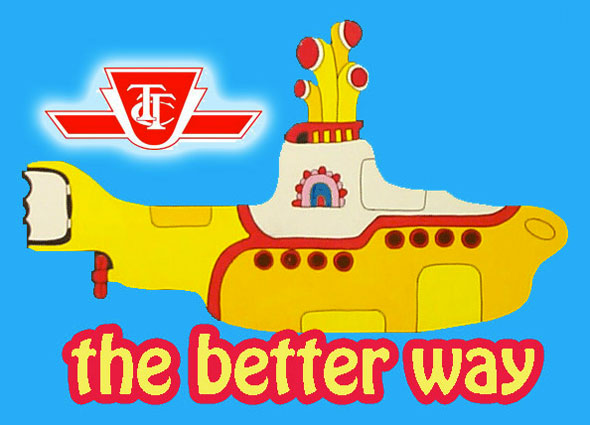 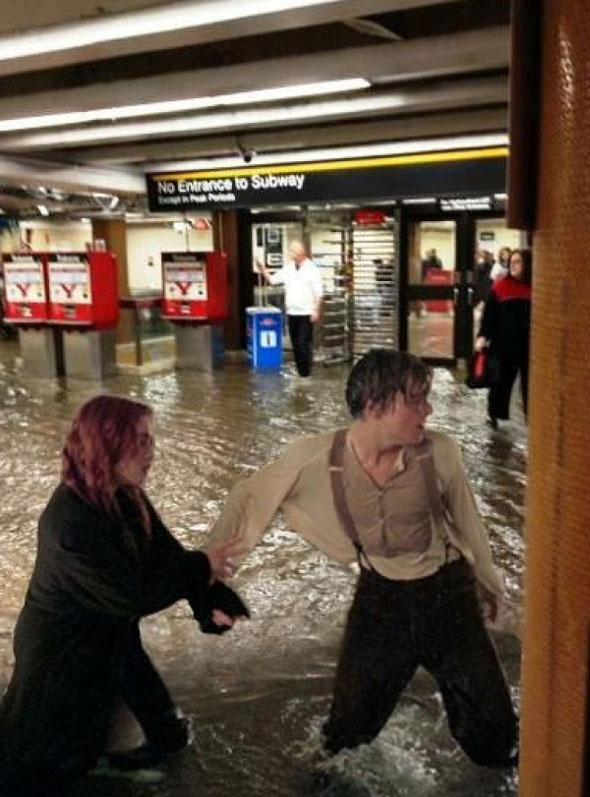 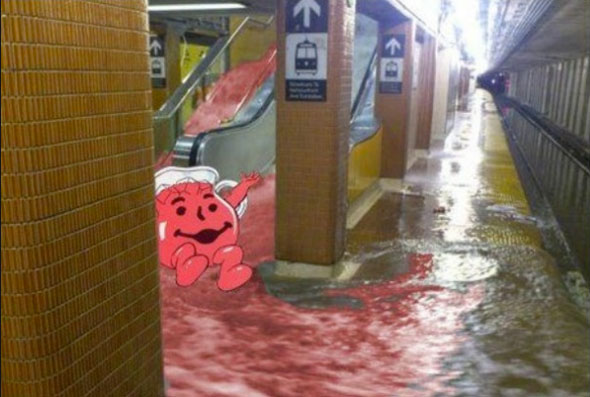 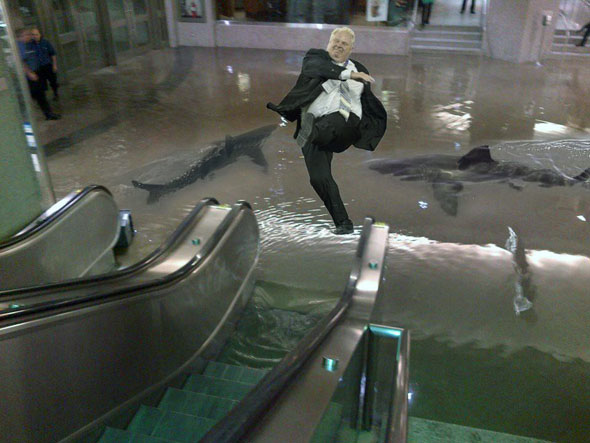 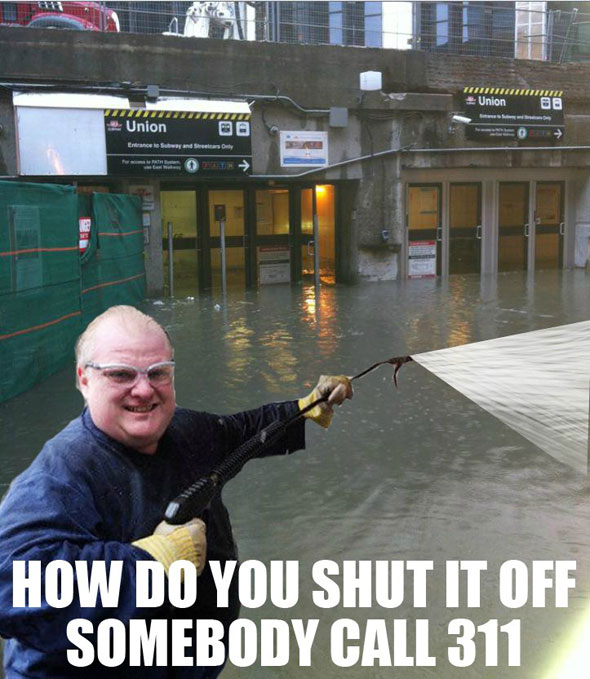 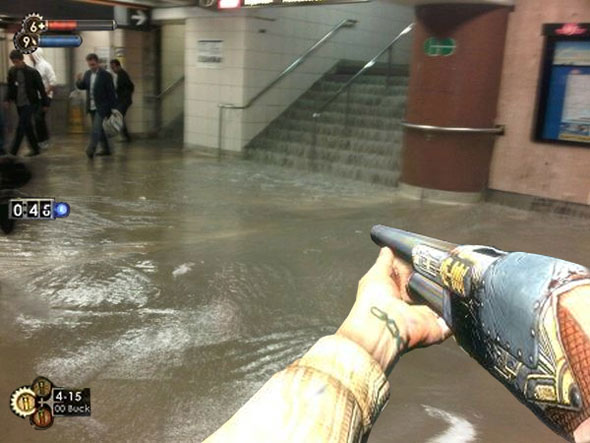 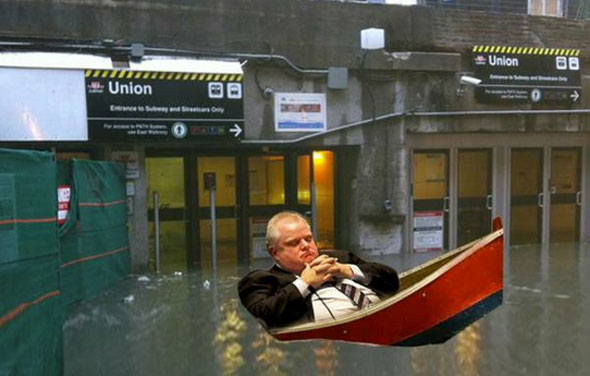 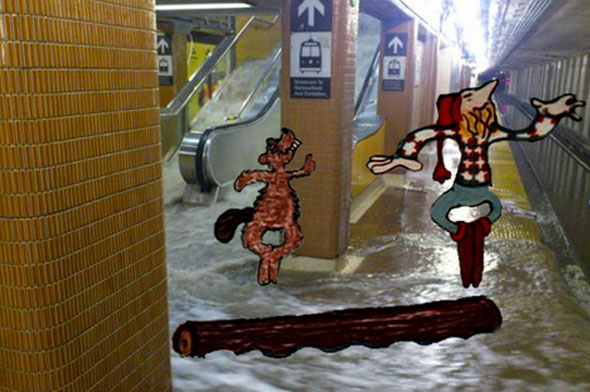 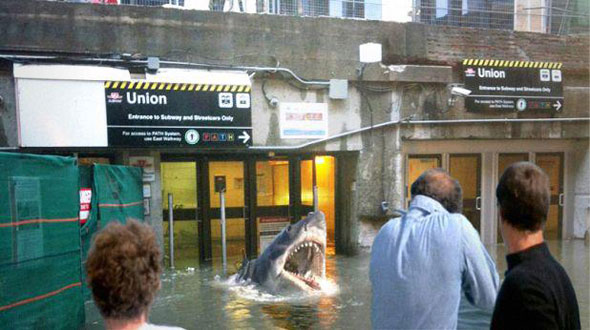 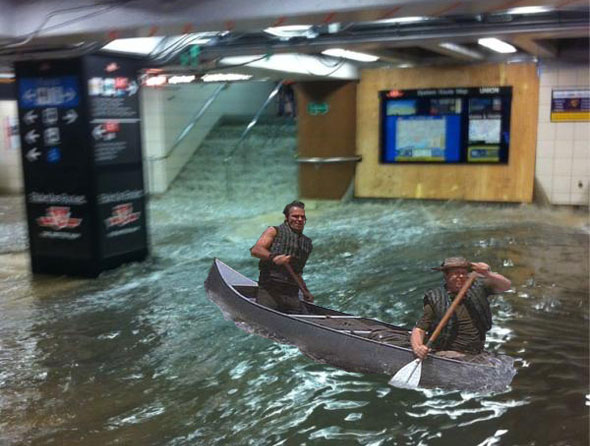 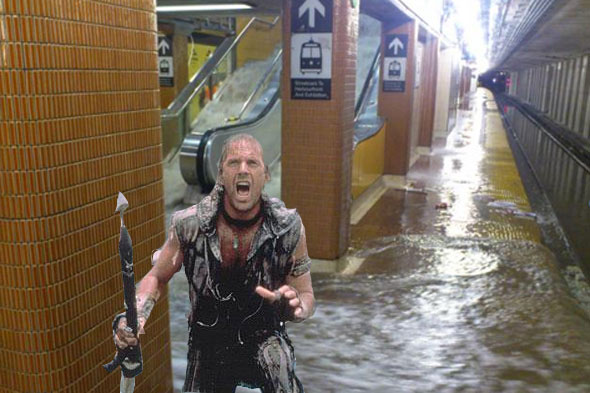 And the requisite Waterworld reference... 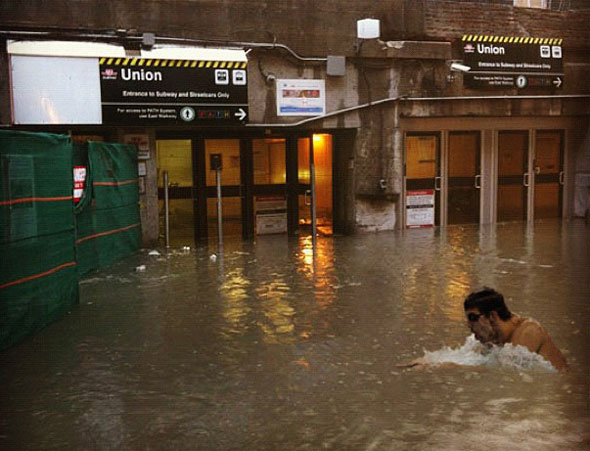 Michael Phelps in the house (via Torontoflood.com) 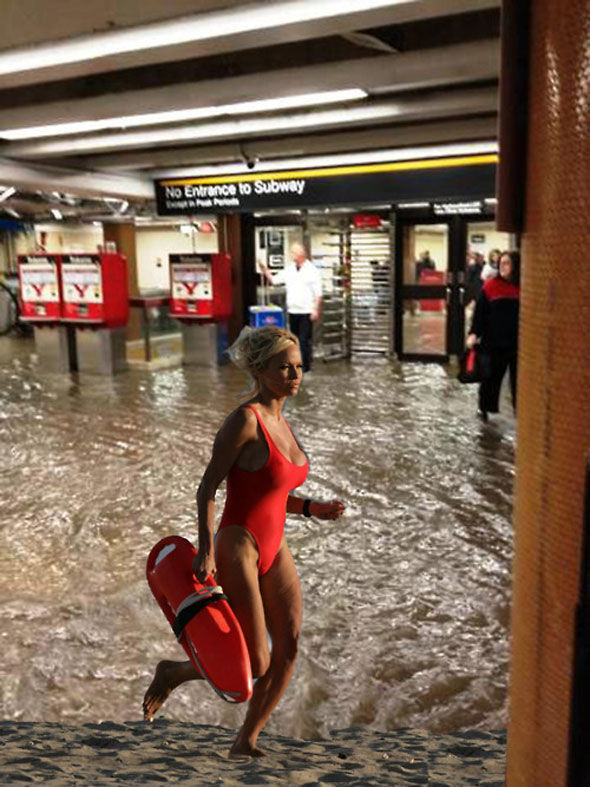 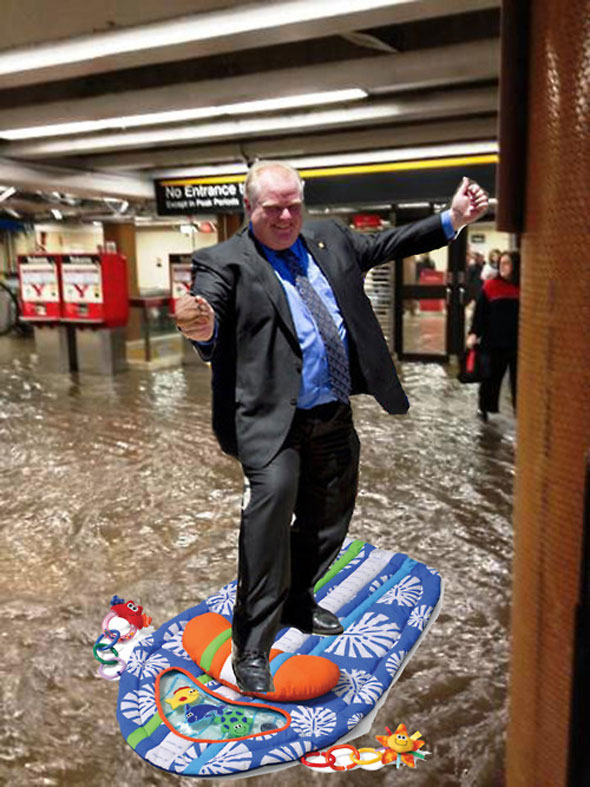 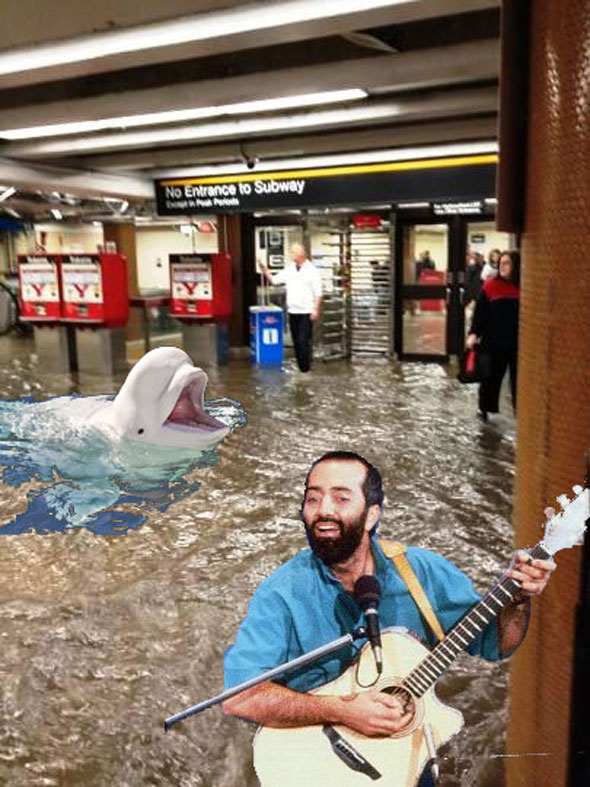 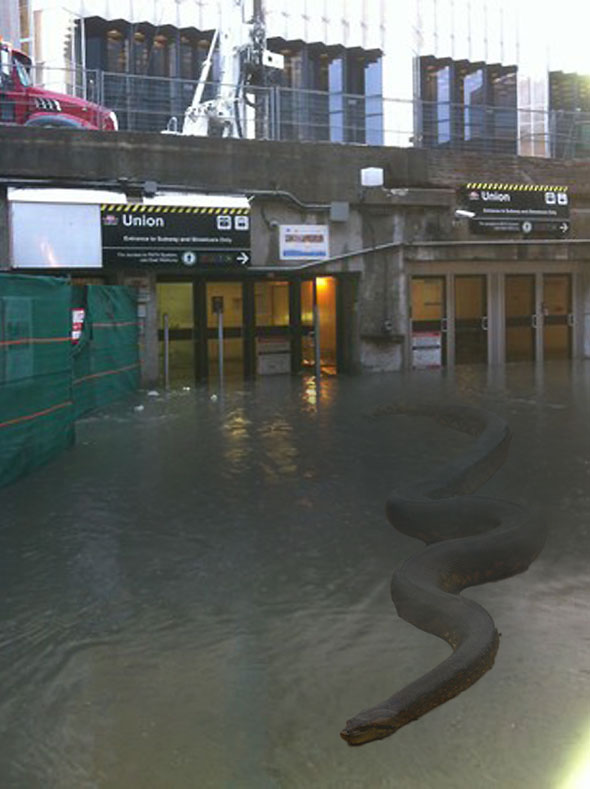 Where's Ice Cube when you need him? 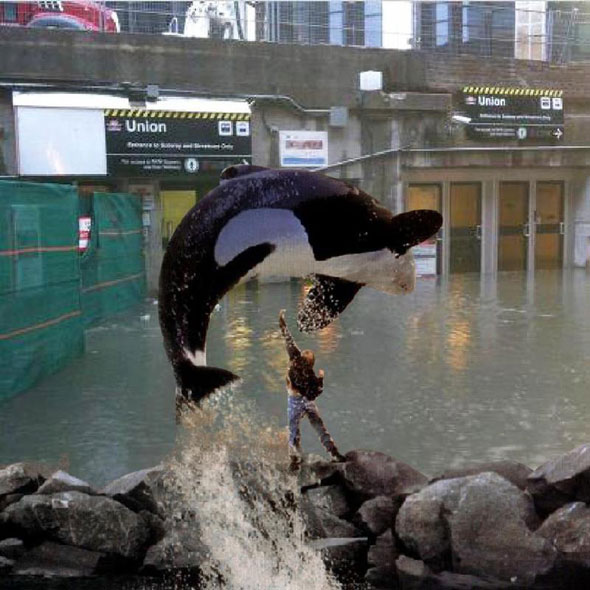 Via Cool Kids from the comments below 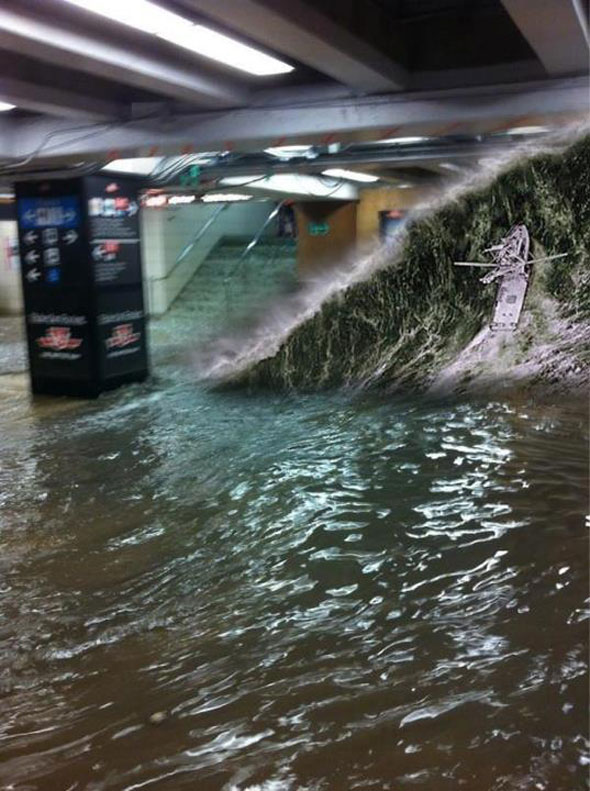 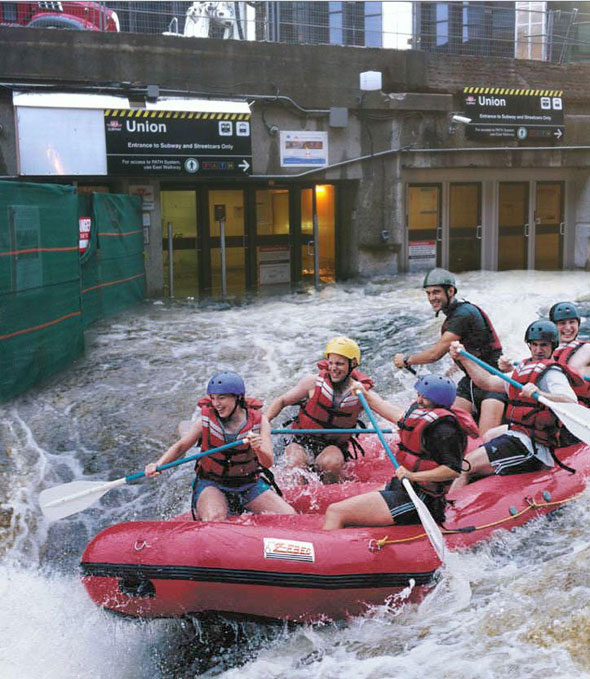 These would actually sell (via Peter Kirkpatrick)