A brief history of Pride in Toronto

With sponsors as diverse as TD Canada Trust, Bud Light, Via Rail, and Google+ happily participating in this year's Pride celebrations, it's easy to forget that not so long ago events celebrating sexual and gender identity were widely marginalized, shunned, and attacked in the mainstream media and politics.

Spurred on by the New York City Stonewall riots and Canada's decriminalization of homosexual acts for consenting adults over the age of twenty-one in 1969, an event marked by then-justice minister Pierre Trudeau's statement that "the state has no place in the bedrooms of the nation," activists in Toronto began organizing the first events celebrating gay culture in the city.

A few decades later, we have Pride Week--a city-wide festival celebrating gay culture. Even if Rob Ford thinks it's cool not to show up, as a city, we've come a long way. 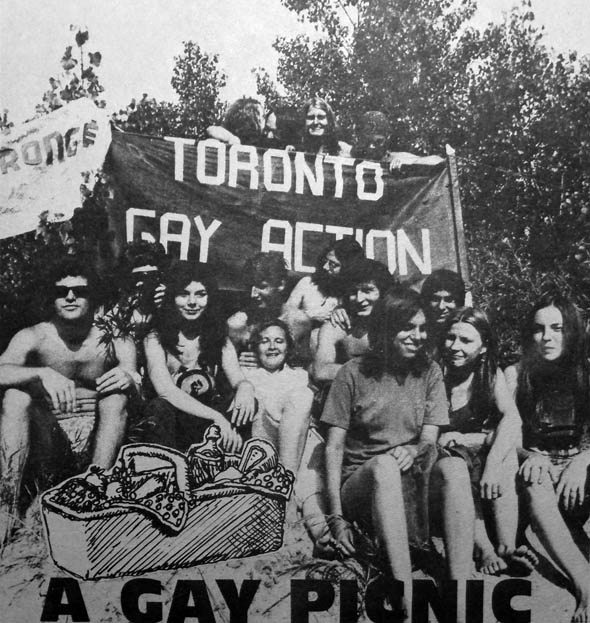 Starting in 1970, the festival we know today began as a series of picnics at Hanlan's Point and Ward's Island, organized by the University of Toronto Homophile Association, Toronto Gay Action Now, and the Community Homophile Association of Toronto. Participants brought signs and banners and used the gathering as a small-scale public display of gay solidarity--the first of its kind in Toronto.

Soon becoming an annual event, the picnics grew in size year on year. In 1974, Toronto held its first Pride Week, an event that, despite receiving no official recognition from the city, culminated in a march in support of gay rights to Queen's Park. The next year, in 1975, then-mayor David Crombie sent his best wishes but again refused to officially recognize Pride (setting something of a precedent) and city council declined permission for a march down Yonge Street. 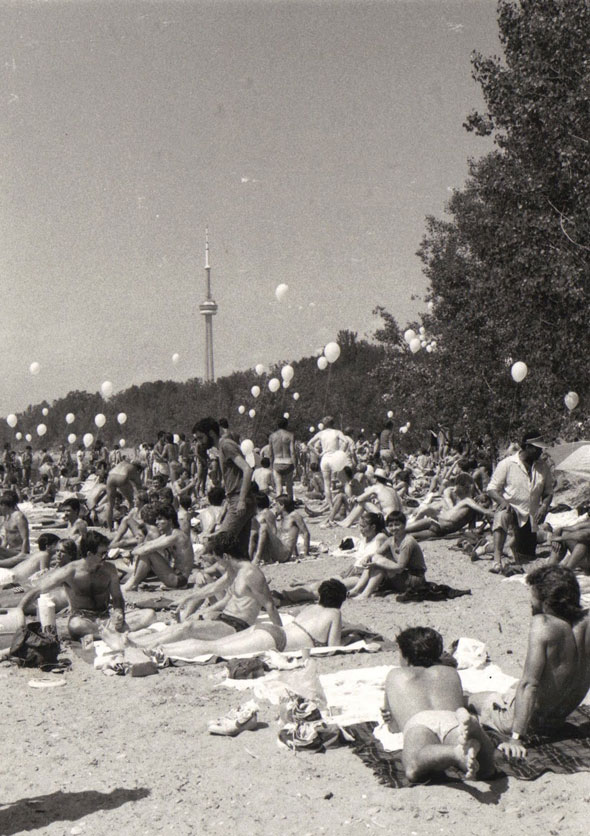 Toronto's gay community was still widely viewed with suspicion when, on Feb 5, 1981, Metro Toronto police arrested 306 people in a series of bathhouse raids in the Church and Wellesley area.

Operation Soap was at the time the second largest mass arrest in Canadian history after the October Crisis in Quebec. Police processed the detainees in towels in the middle of the street and many of those cuffed were publicly named in the media at a time when being outed could be disastrous personally and professionally.

The next day, 3,000 protesters shut down Yonge and Wellesley with a march and large, ill-tempered public rally, smashing car windows, lighting fires and clashing with police. A demonstrator interviewed by the CBC that night said the situation "was not a gay issue, but a human rights issue."

Most of the charges related to the raids were later dropped. 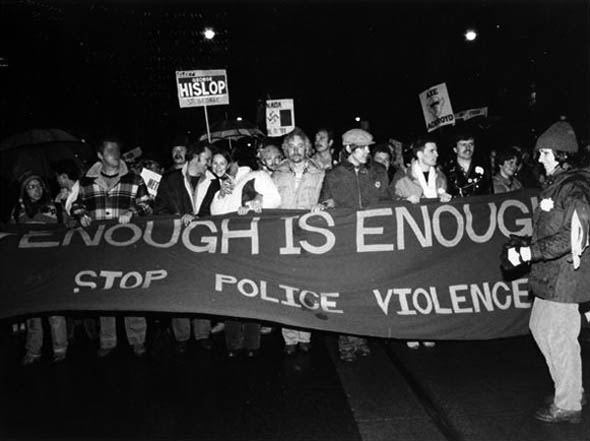 In 1984, Pride was celebrated for the first time on Canada Day (the bathhouse raids had provided the impetus to make Pride a fixed annual affair) but there would still be no official recognition from the city. As it turned out, the Muppet Babies would get their day before same-sex couples.

Finally, in 1991, after years of avoidance, the City of Toronto officially proclaimed Pride Week for the first time. In 1995, then-mayor Barbara Hall--once part of the legal council for those arrested in Operation Soap--established the tradition of the head of council marching in the parade. Rob Ford would be the first to break the chain in 2011.

This year's Pride runs until 1st July and will once again culminate in a parade down Yonge Street. The theme is Celebrate and Demonstrate.