A brief history of the Tokyo Rose garbage train

Before the TTC outsourced its garbage collection, several converted cars had the unglamorous but essential job of prowling the Yonge-University-Spadina and Bloor-Danforth lines for platform garbage at the end of each day. The fact the garbage trains stopped only for a brief moment while workers tossed bags of garbage inside meant sightings were generally rare and limited to late night subway riders. Nevertheless, the Tokyo Rose won enough affection among Commission staff to be given a nickname, the only TTC vehicle to be bestowed such an honor.

Named after the collective title given to second world war Japanese propaganda broadcasters, Tokyo Rose was purchased from Nippon Sharyo - the Japanese rolling stock company working with Sumitomo Corporation to build the new diesel airport rail link trains - along with a flatcar and a crane vehicle in late 1960s.

According to Transit Toronto, who were kind enough to share their knowledge and pictures for this post, the Tokyo Rose was made from unpainted aluminium and fitted with large doors to allow workers more room to toss garbage inside. As you can see from the photos, the most distinguishing feature of the train was its short length and large circular windows that gave it a vaguely nautical feel. 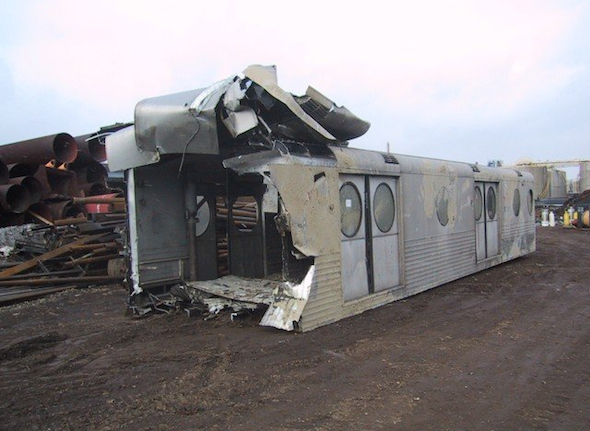 The Tokyo Rose worked both subway lines for 22 years, until roughly 1990, when a pair of retiring Gloucester cars were converted into garbage collection vehicles, as seen in the video below. Two separate trains cut the time required to collect bags along both lines and gave some much needed relief to the ageing Japanese train, which was transferred to the Davisville yard and eventually scrapped in 2002.

The "new" Gloucester garbage trains, made distinctive by a yellow stripe down both sides, didn't last as long as their predecessor. Because the trains had been in service since the 1950s, wear and tear on the chassis and various components must have been immense - presumably as was the cost of sourcing replacement parts. By the late 1990s, a new pair of retired H1 vehicles were making the garbage run instead.

The process of scrapping the Gloucester garbage trains wasn't quite as straightforward as it was with the old Tokyo Rose. A special crane had to be brought in to lift the weighty trains off the track and onto a flatbed truck after the one used to lift the Tokyo Rose wasn't prove up to the job. Once in service, the H1s would be the last of the TTC's garbage fleet.

The final garbage trains were fully converted from the floor up to handle waste instead of discerning passengers. The floor, seats and walls were all covered in a layer of metal to make the interior easier to hose down at the end of a shift; stanchions and the opposing seats were removed and a special open/close buttons fitted to the inside of the doors to make collections easier for TTC staff. Most people who remember the H1 garbage train would have caught it in action between 11pm and 1am - its main operating hours.

The end of the garbage trains came about suddenly on the December 8, 2000, when one of the H1 cars caught fire at Old Mill station, damaging parts of the station and partially destroying the vehicle. As a result, the TTC immediately halted its track level garbage service in favour of collection by staff and a external contractor - a system it uses to this day. 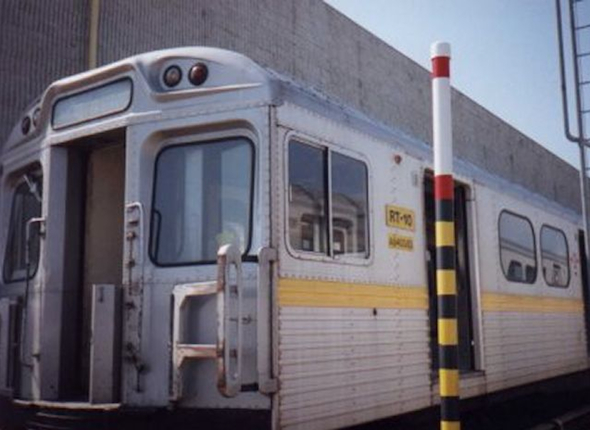 Although the TTC plans to fully outsource its garbage collection and remove its own staff from the equation, there are no plans to bring back the late-night prowling by a dedicated subway train. Despite no longer moonlighting as a mobile garbage can, the remaining H1 garbage cars live on as a shuttle vehicle for staff making after-hours repairs on the system.

The Tokyo Rose in its twilight years at the Davisville yard. 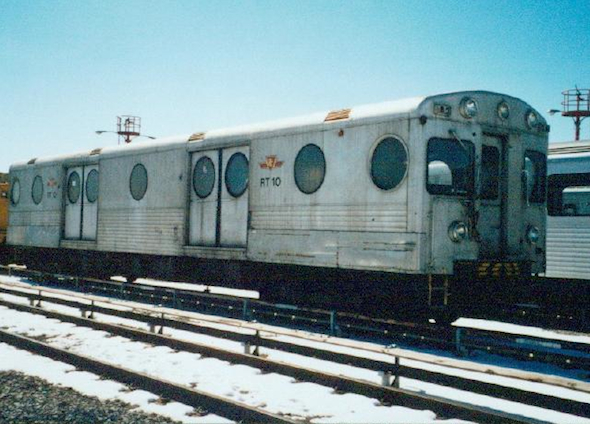 Alternative view of the Tokyo Rose in retirement. 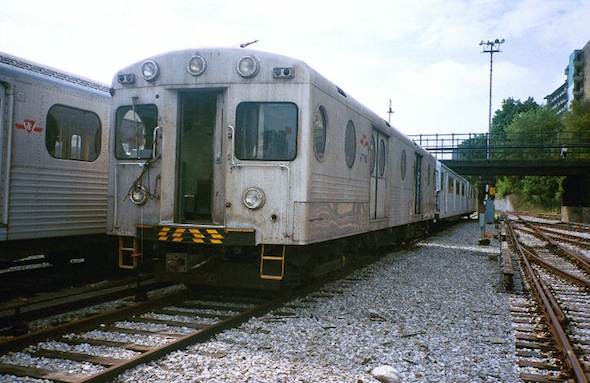 Interior of the Tokyo Rose during scrapping. 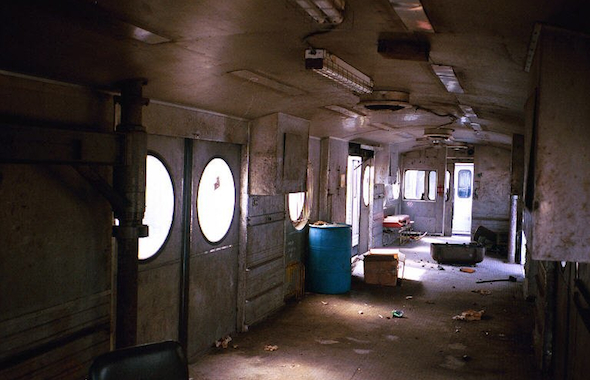 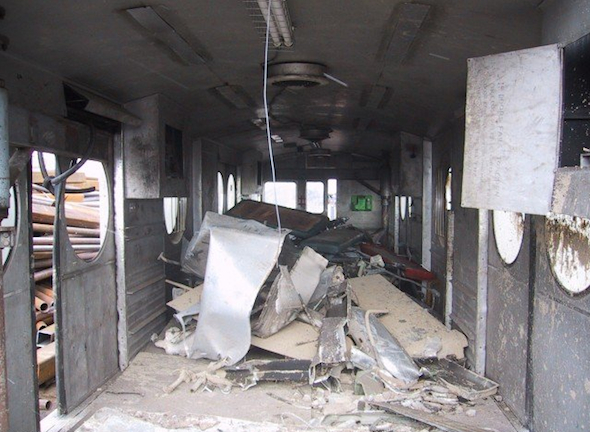 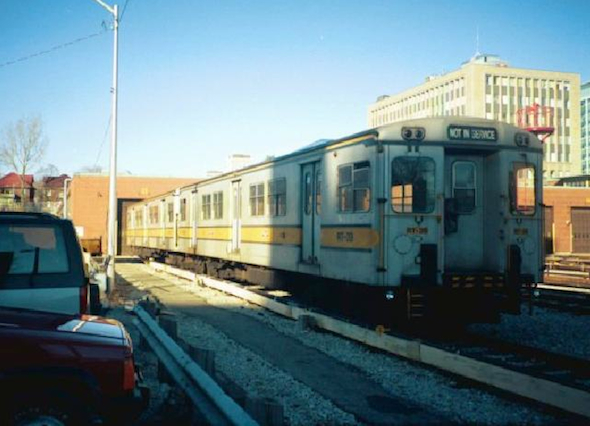 H1 asbestos abatement car - a train similar to the garbage vehicle - in action.

Interior of the H1 garbage train. 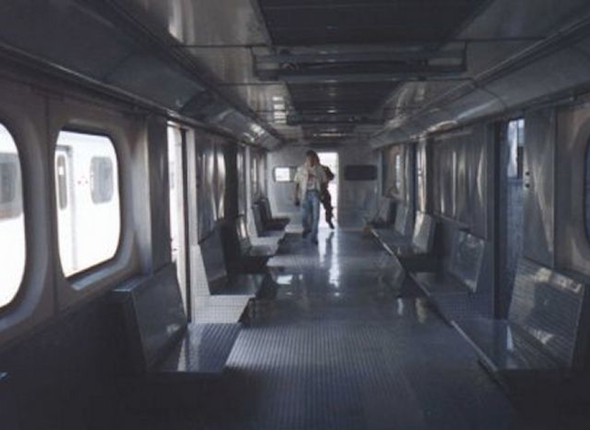