Will anyone use Toronto's new anti-graffiti app?

Taking the city's battle to clean up Toronto digital, Rob Ford visited a lane way near St. Clair and Lansdowne to unveil a new mobile app that lets citizens report unwanted graffiti instantly. Instead of coughing up for a phone call, smart phone users can now snap a picture and whisk it off to 311 for processing.

"This is as efficient as it gets," remarked Ford at press conference earlier today. "This will make it easier than ever to report graffiti vandalism and help keep the city spotless. 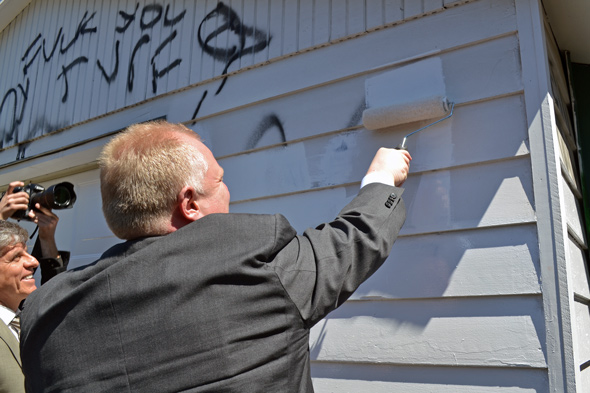 Standing in front of local residents busily painting over tags on garage doors, Ford pointed to a bridge on Scarlett Road near Lambton Golf Club as a clean-up success story he hopes to replicate across the city. "Once people know we mean business, the people that are causing this mess are going to learn a tough lesson," he declared. 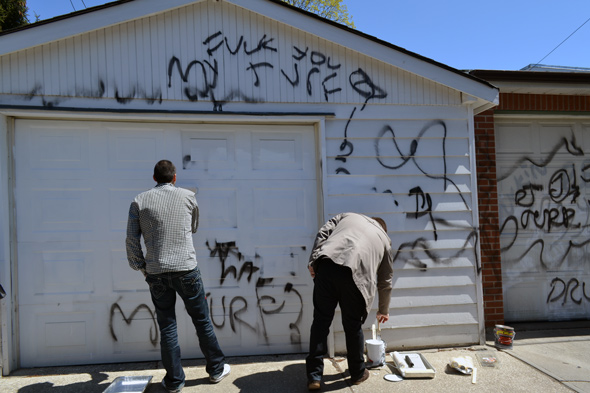 The app, which costs $1.99 (and is currently only available for iPhone), lets Apple smartphone users send photographs directly to the city with a request to remove of the offending material. If the property owner fails to clean up the tag, the city will - so they say - step in and bill the owner for the work. 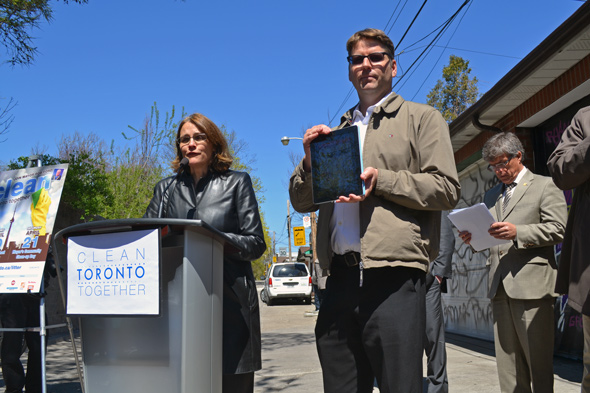 The fact the new app costs money to download (even though a portion of the money goes to the Toronto Library Foundation) might put some people off reporting problem tags. The fact it's only available for iPhone further narrows the app's scope to people with a particular brand of smart phone - possibly eradicating a chance to get people genuinely interested in reporting problems in their neighbourhood engaged. I also suspect the iPhone and graffiti-fighting demographics don't entirely cross over.

The other City-endorsed mobile app, the gratis "SeeClickFix", is also receiving extra promotion as part of the push for cleanliness. Interestingly, SCF allows its Blackberry, Android and iPhone users to report graffiti too, without the expense. 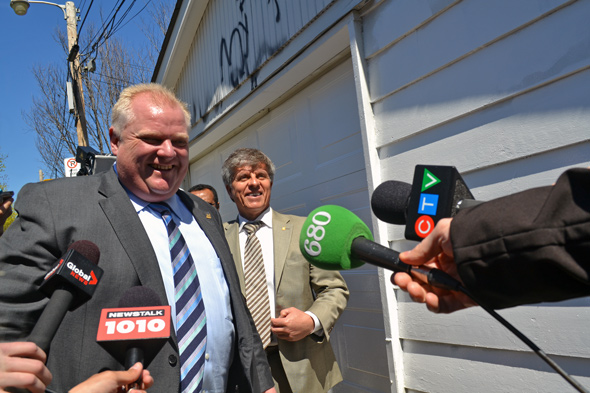 Would you pay to report graffiti in your neighbourhood? Do you think the City's new mobile-friendly approach to combatting vandalism will prove an effective tool? 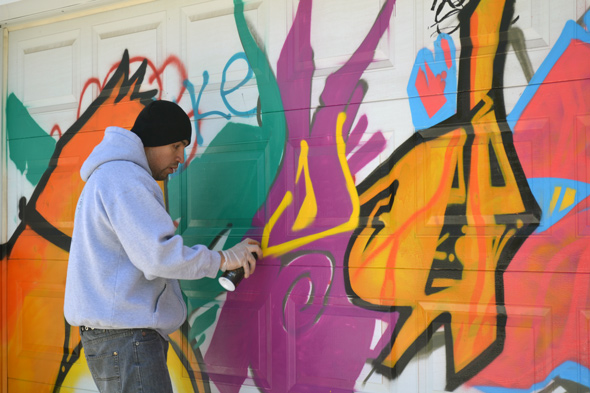