There are roughly 2,400 laneways in Toronto — some with names and others without — and many more unmarked footpaths, trails and other publicly accessible cut-throughs that don't appear on most official maps. In many cases these shortcuts and secret routes are only recorded in memory and discovered by chance, not through online searches.

That's slowly changing, though, as several thousand Canadian contributors to Google's crowdsourced Map Maker site, which was launched last October, are slowly taking some of the mystery out of Toronto's unlabelled or unknown routes by marking and submitting them for inclusion as a layer on the main Google Maps page.

When Map Maker was first introduced, I noticed an influx of local business receive labels, which was useful to be sure — but the possibilities obviously extend far beyond this basic use. What's so intriguing about a map that brims with local knowledge is the promise that hidden gems — places that have for whatever reason been left off other maps — might become easier to discover and explore. The drawback, however, is that such places/routes necessarily lose cachet when they become widely known.

Take the unnamed laneway that runs between Toronto and Victoria Street a block north of King. It's paved, cars fit through, and there's even a narrow sidewalk on each side. Despite being an established cut-through, it doesn't appear on Google or Bing Maps. 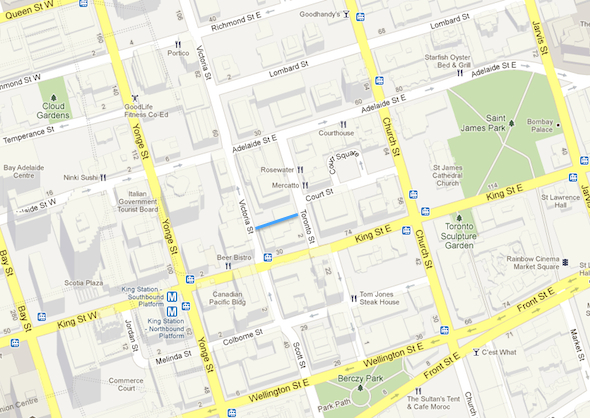 Compare that with Cayley Lane, an obscure alley that runs south from Stephanie Street parallel with John. The route appears online and is now included in walking and cycling directions. These are the kinds of inconsistency the company wants to iron out.

Google's coverage of Toronto's lanes, pathways and other minor routes has always been patchy — a promised update to Street View to include areas inaccessible by car last fall hasn't fully materialised and is likely to appear piecemeal in the coming months. Perhaps the push to complete the street and path network is the first step toward greater coverage in all areas. 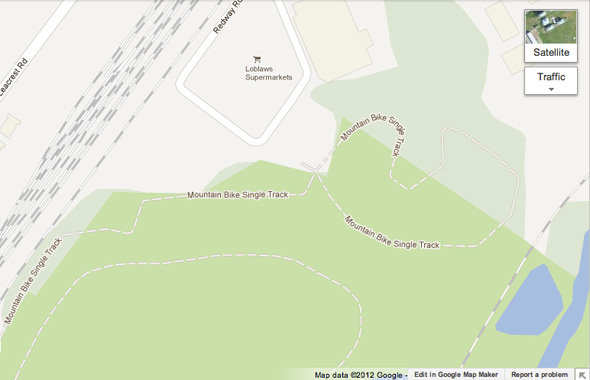 In the meantime, crowdsourcing is the method Google is relying on to keep its maps relevant. Some smaller trails, like those in mountain bike-friendly Crothers' Woods, have already been labeled, which is an improvement over their former status as unmarked paths It's not, however, without its drawbacks. You might remember when Google helpfully labelled the Harvey's at Jarvis and Gerrard "Hooker Harvey's" based on the restaurant's local reputation as a hangout for prostitutes, or when Wellesley Street was temporarily renamed Lourdes Lane.

"Generally there are very few mistakes. Just like YouTube [has] a great community of reviewers to ensure there's no offensive material that goes up online, this form of crowd-sourcing has proven very, very effective." says Aaron Brindle, a spokesman for Google.

Jason Anderson, a Toronto-based cartographer involved with the Map Maker project, admits mapping the city is still a work in progress. "I guarantee everybody you talk to will have some issue with Google Maps. This isn't on there, this is wrong and that's not on there, and this is a way people can go and fix these problems. If everyone joins in and helps a little bit then we're going to have very accurate maps." 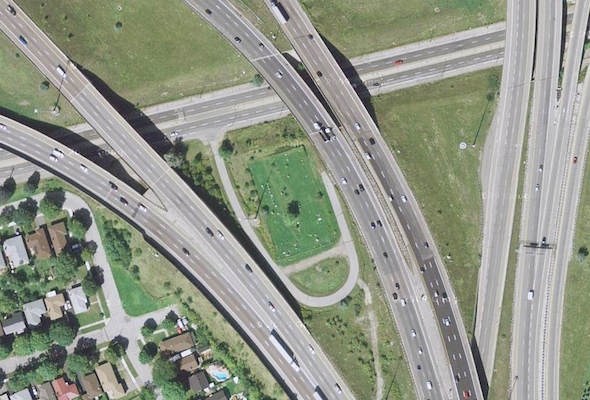 Another omission, though it's not a road, is a tiny graveyard tucked between two strands of the spaghetti-like junction at Highway 427, Eglinton Avenue and the 401 near Pearson airport. Google marks the area with a simple grey box, but the aerial view reveals a trimmed lawn, a small service road and a scattering of headstones cut off from the rest of the world by thundering traffic.

So what's the consensus? Would you consider adding your own secret shortcuts and locations to Google Maps or would you rather keep them to yourself? Is a comprehensively charted city necessarily a good thing?

Laneway image by inventor_77 in the BlogTO Flickr pool.