Just in time for the return of Don Draper and the Mad Men crew, a guerrilla street artist has hacked a number of Astral's TTC bus shelter ad spots in an apparent effort to "provoke discussion about consumerism and advertising in public spaces." According to the website that accompanies the anti-ads and a tip we received from a reader, seven eight shelters received "updates" over the weekend, spanning an area from Queen & Lisgar to Yonge & King. A casual tour of the more westerly shelters this morning confirmed that at least a few of them are still in place.

As for who's behind the project, at this point no one has claimed credit (which is perhaps fitting given the nature of the intervention). The hack is reminiscent — if not as inventive — as the work that was done to add a chalkboard to an info pillar earlier this year. The group that took responsibility for that well-received addition to our streetscape doesn't seem to be involved with this latest interrogation of ad-creep.

The web element of this little intervention is not particularly developed, but it would seem that the primary purpose of Ad Agony is to foster discussion about the relationship between public space and advertising — well, that or this is all just a cloaked marketing campaign waiting to get attention via posts such as this one. The DIY character of the anti-ads (painted by hand) suggests otherwise, but it's honestly hard to tell these days.

And that, perhaps, is the very point. 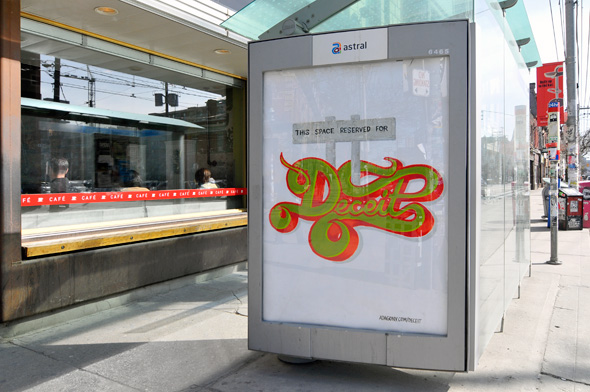 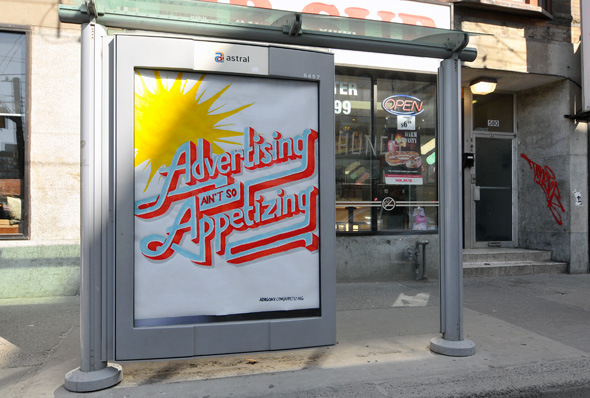 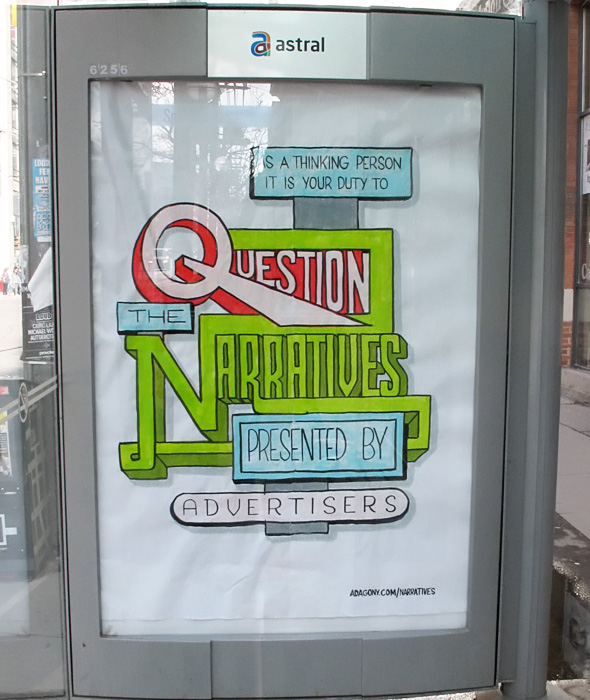 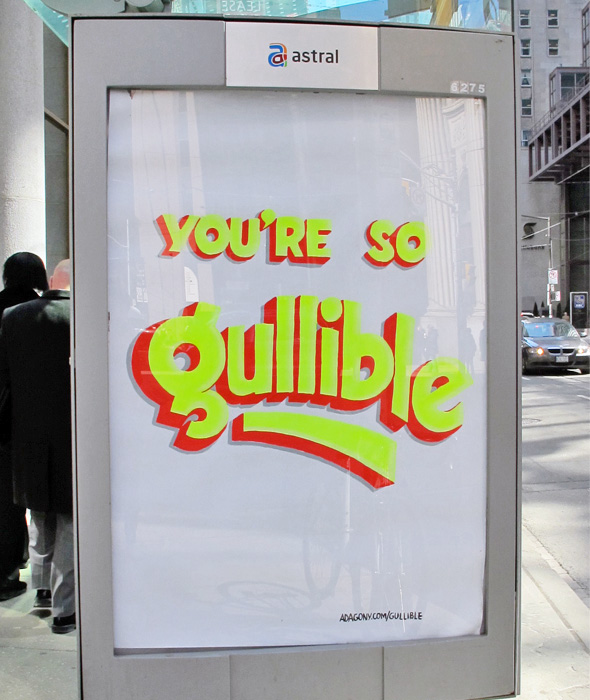 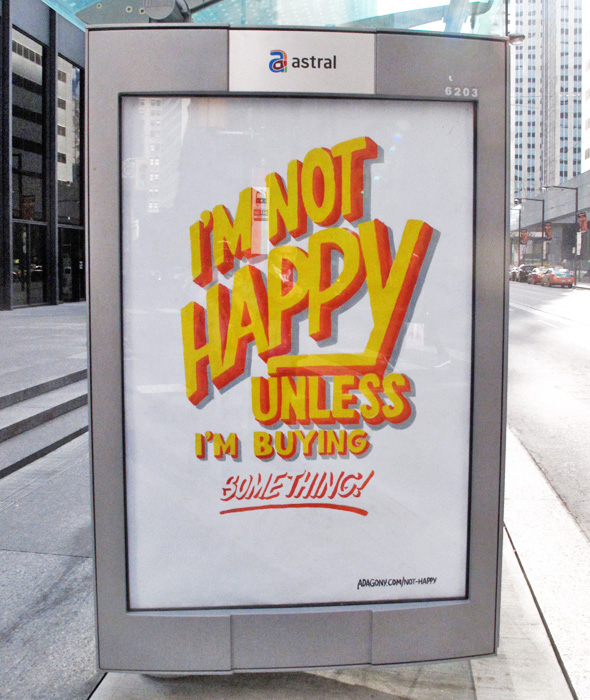