The story behind Toronto street names

The meaning of Toronto street names often comes to mind when my subway train pulls into the station, and I make up stories about the scenery above my head Ã la Bill Bryson in his book Notes from a Small Island. At Pape there's a community of solemn Catholic nuns; at Donlands I imagine vast grass plains inhabited by the wild Don tribe. Greenwood, my stop, is buried below an beautiful but treacherous forest of towering pines.

Back on the street, I continue to wonder after their provenance. Many are named for people, a symptom of rampant cronyism in the early days of settlement, but there are some interesting stories nonetheless. Here's a handful of the best.

Spad-ee-na, Spad-eye-na, however you want to say it, the broad, majestic avenue is one of Toronto's cultural hot-spots and a vital thoroughfare. Derived from the Ojibwa word "ishpadinaa" meaning "high or sudden hill", Spadina was the name chosen by Dr. William Baldwin (of Baldwin Street) for his property at the top of the escarpment behind today's Davenport Road. Designed by Baldwin, Spadina Avenue was the name of the street between Bloor and Queen. The section below Queen was known as Brock Street until 1884. Pheobe Street is named for Baldwin's wife.

Adelaide Street might sound like a polite tip of the hat to our Australian pals, but in reality Toronto had the name first. Named in 1797 for the young Princess Adelaide of Saxe-Meiningen, later the wife of King William IV, Adelaide Street has been extended several times east and west consuming lesser streets in its path. The capital of South Australia was also named for Princess Adelaide in 1836. 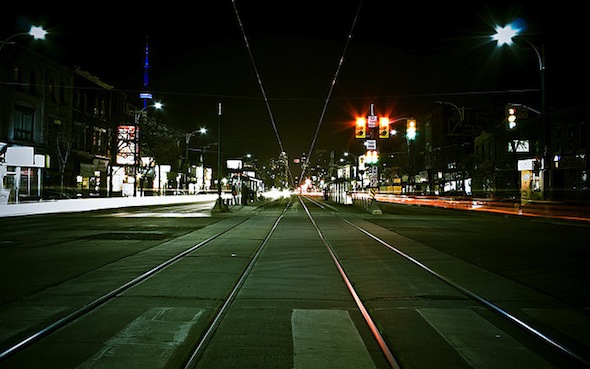 Rumour has it that Avenue Road was named by Scottish construction workers who, arriving at the site, proclaimed "let's 'ave a new road here". I would say it's far more likely the street was named for its tree-lined character. The presence of other Avenue Roads in London, Sydney, Melbourne and Auckland further suggest the urban legend might be false.

Although there's nothing remarkable about the name, the weird thing about Parliament Street is that it doesn't run anywhere near the parliament buildings. 218 years ago, it did. The Parliament Buildings of Upper Canada were located at the foot of Parliament Street on the south side of Front Street, which was then known as Palace Street. Berkeley Street originally held the title "Parliament" until it was shifted a block east. 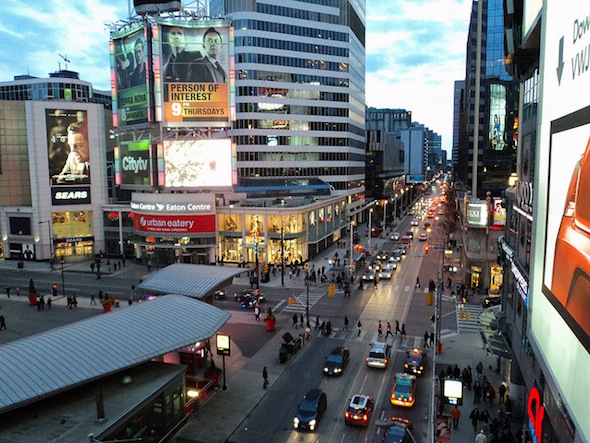 Considering Dundas' importance as a thoroughfare, it's surprising to discover the street is a relatively recent addition to Toronto's grid. Named for its destination, the historically important town of Dundas near Hamilton, the street's winding route hints at its past as a multitude of unconnected roads through the centre of Toronto. Although the route and name was established much earlier west of Ossington, several streets had to be renamed to form the section of today's Dundas Street that passes through the core of the city including Arthur Street, St. Patrick Street, Agnes Street and Wilton Street, among others.

One of Toronto's principal thoroughfares, regal Queen Street used to have a slightly less majestic name. Renamed for Queen Victoria in 1837, the route was originally known as Lot Street for the 100-acre "park lots" laid out by Lieutenant-Governor of Upper Canada John Graves Simcoe (of Simcoe Street). Designed to entice people to settle in the new town of York, the narrow, deep lots provided ample space for a villa with a waterfront view. A total of 32 rectangular properties from the Don River west to roughly Lansdowne were marked out for purchase. Toronto Family History 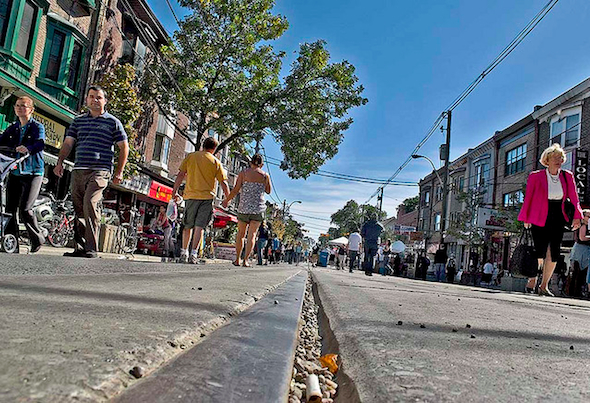 has more on Toronto's park lots.Roncesvalles

There's something about the name Roncesvalles that just doesn't roll off the tongue. Meaning "valley of thorns" in Spanish, the street was named by Colonel Walter O'Hara, an early Irish settler to the area, for the 1813 battle of Roncesvalles Gorge, a bloody conflict in the Napoleonic Wars between French and Anglo-Portugese forces in which he fought. 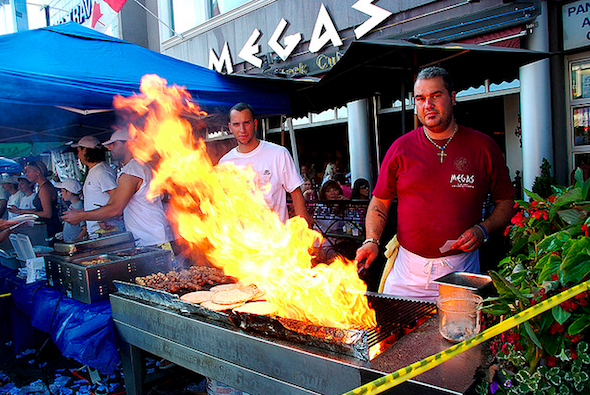 , Liz Clayton told the story of how Caroline Street lost its name thanks to "the vilest wretch this world was ever cursed with." Named for Caroline of Brunswick, the wife of George IV, the name was discreetly canned in favour of Sherbourne, a misspelling of the town of Sherborne in England, when the lady lost the affection of the public.Danforth

No-one seems sure how the street became simply The Danforth. What is known, however, is that the avenue and road get their name from Asa Danforth Jr., the contractor who built the original Kingston Road east to Prince Edward County. An American who arrived in Upper Canada in the late 1700s, Danforth Jr. had already had a career in land speculation in the state of New York and around the town of York when he turned to road building. Despite financial trouble, the Yankee finished the 106-mile road but was never able to collect all the money promised to him.

Once appearing in the 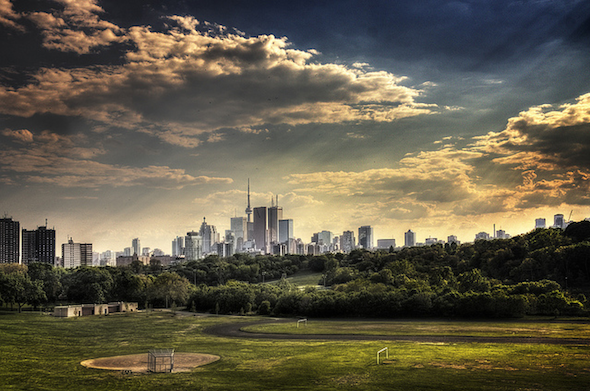 Guinness Book of Records as the longest street in the world, Yonge Street is today one of Toronto's principal streets. Home to Canada's first subway, "Main Street Ontario" follows an ancient trail north from Lake Ontario. Developed by John Graves Simcoe and named for his pal Sir George Yonge, an English MP and British Secretary at War, the route was first built north from Eglinton to Lake Simcoe before it was extended south to Lake Ontario.Broadview

One of my personal favorites, Broadview Avenue is perfect for the game I mentioned in the introduction. Not surprisingly, Broadview gets its name for the expansive view it affords over the Don Valley. Dylan Reid at Spacing has a great piece on other literal street names in Toronto. The best vista the street has to offer comes from Riverdale Park.

Before it was named for Samuel Jarvis, the north-south road was called New Street. Created by the sale of Jarvis' Hazel Burn estate north of Queen Street, the road was the first to be paved in Canada. Kids in the area no doubt were pleased when the first Hazel Burn was cleared - children were apparently locked in the smokehouse if they were caught stealing fruit from the estate's orchards.