What do you think of the TTC's new ad campaign?

The TTC has gone on the offensive with the launch of a new ad campaign designed to impress upon its riders the need for better transit funding in Toronto. Over an eight week period, the ads will appear across vehicles and stations in the system. That may or may not be preaching to the choir, but given that the advertising space comes at no expense — campaign likes this are allotted for in the Commission's advertising contract — it'd be difficult to make an argument that it doesn't make sense for the TTC to highlight these issues (as it has done on numerous occasions in the past). 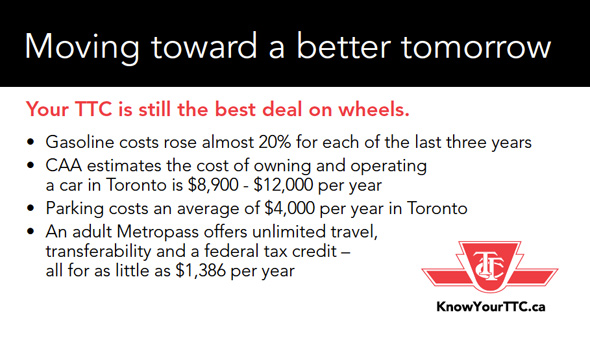 What interests me about the campaign isn't so much the message (which I think rings true) as the presentation. Ads that highlight funding woes are necessarily caught in a bit of a catch-22 situation. If they're too well produced, some viewers will scoff at the financial situation they aim to draw attention to. If they're just plain shitty, on the other hand, the ads are unlikely to make much of an impact. 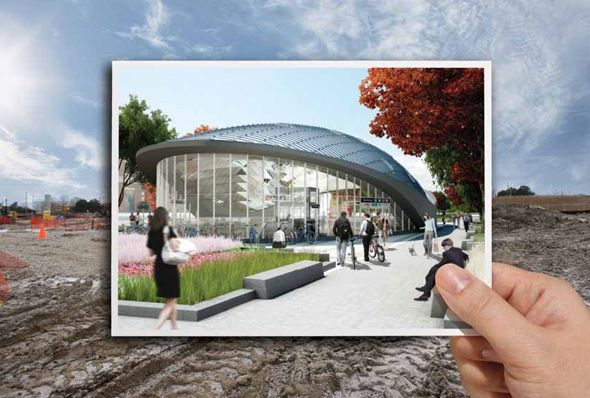 The historical element of this campaign thus strikes me as a pretty good move. Those who haven't seen past-meets-present photographs like these before will likely be impressed with the visuals, and even those who are familiar with better versions of such images are likely to acknowledge the underlying point that's made with regard to the TTC's longstanding importance to the city. The statistics cited in the text portion of the ads seem adequately damning as well.

I'm not much of a fan of the slogan(s) — "Know Your TTC" and "Moving Toward a Better Tomorrow" — both of which strike me as overly timid and vague, but given the limited expenditure, why shouldn't the TTC highlight new initiatives and the funding challenges it faces? What do you think? 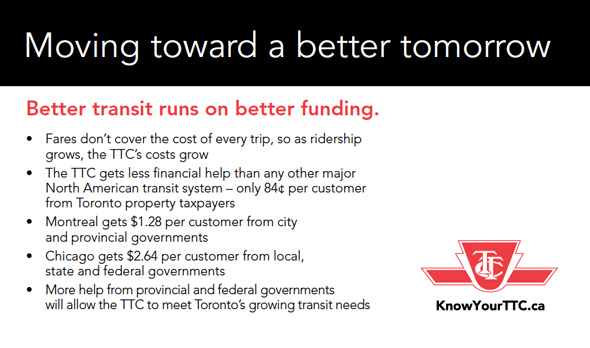 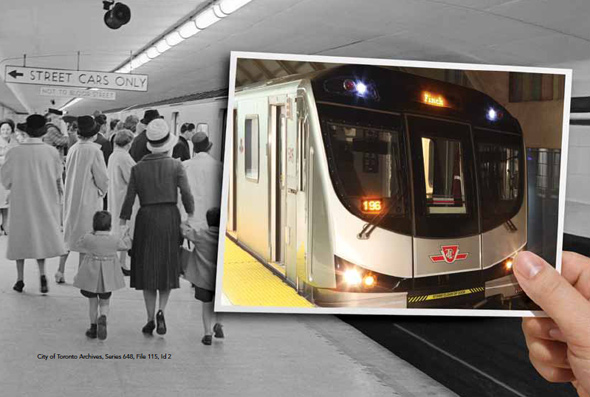 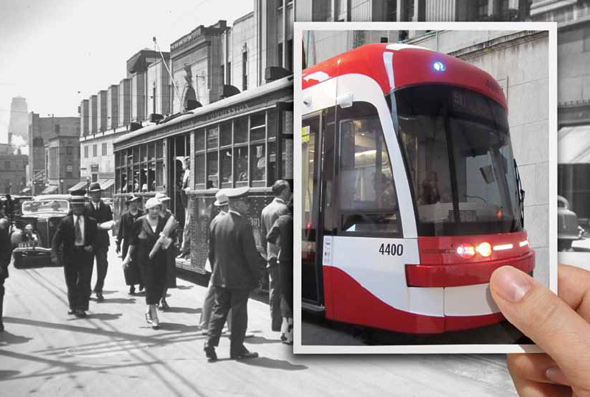 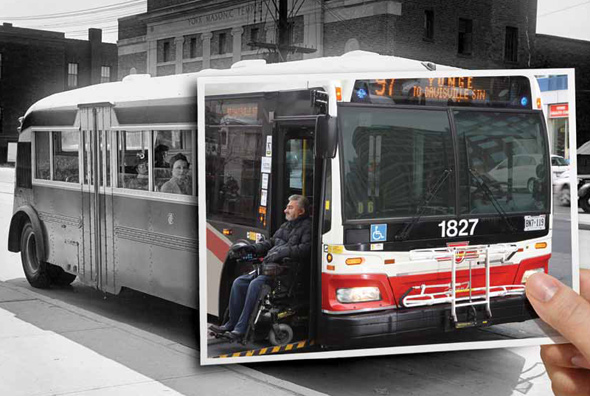