A new etiquette guide for Toronto

The Toronto Etiquette Project wants to make the city a politer place — and allow us to retain our trademark Canadian non-confrontational disposition. So how do we police the offenders without being overly brash? Why etiquette cards, of course. The work of Christopher Rouleau — the local designer behind the "Official Gay Card" — the Etiquette Project is composed of a series of cards that target various violations of common courtesy, public health, and basic respect for one's fellow human beings.

Inspired by other etiquette guides, Rouleau's cards might ultimately prove a success because they're so easy to print out and distribute. "I wanted to create a mini-campaign of my own, amalgamating the best parts of [past] endeavours, improving upon their shortcomings, and incorporating my own creative sensibilities," he explains in a blog post about the project. "I also wanted to pay tribute to one of Toronto's iconic landmarks and, one of absolute favourite things about Toronto, the TTC subway stations." If the font on the cards looked familiar, now you know why. 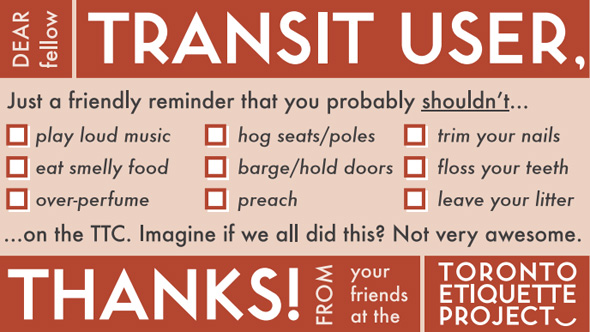 The idea is, of course, that should you spot one of these infractions, you can "discreetly" hand out one of the cards to the perpetrator. I put that word in scare quotes because I suspect it won't take the recipient too long to figure out that they've been served with a citation for bad manners. Should you not want to have a discussion about the matter, it'd be best to be on your way rather quickly.

Still, the point for Rouleau is that the cards will be fun more than anything else. He holds that his project is "smart but not smart-ass; polite, but not preachy." And as far as what he hopes it might accomplish goes, he has two goals. "The objective is to make the people of Toronto more aware of their behaviour, and hopefully to put a smile on people's faces."

Will you consider handing out any etiquette cards in the coming days? Who knows, maybe you'll receive one!

More screenshots of the cards: 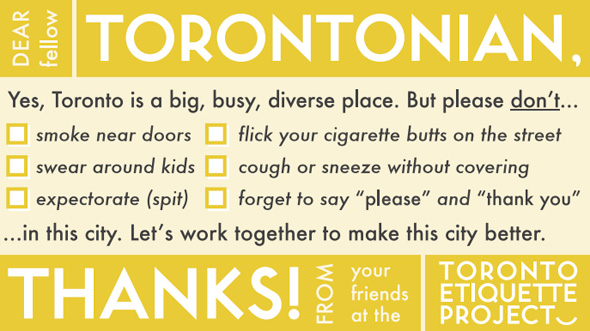 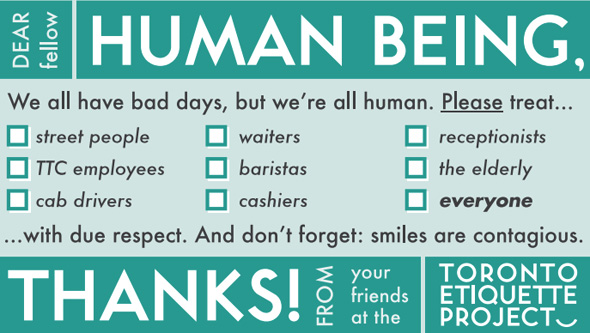 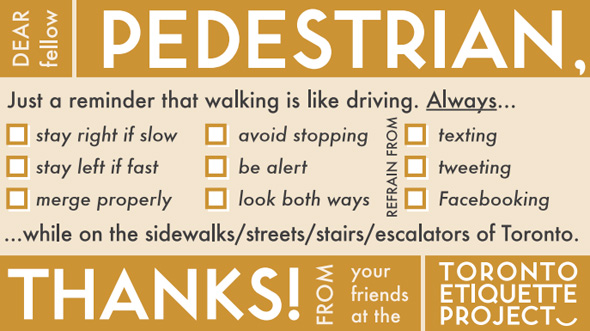 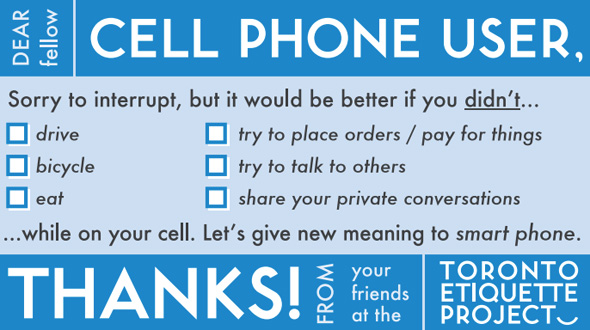