It looks like the Map the PATH app will soon be in need of an update as Toronto planners look to drastically expand the city's underground pedestrian/retail network. Presently the system consists of roughly 30 kilometres of corridors and and underground malls, which could swell to twice that in the next 20 to 30 years as new developments are built and connected to one another.

Urban Toronto has a detailed analysis of the emerging conceptual plan for the PATH, which plots out a vision for the future of the system. Along with the desire to increase the overall coverage of the underground network, the study's authors hope to plan for future growth with specific goals in mind. Some of these include the following:

When finished, the report will also include a series of recommendations to update the design principles of the existing network, with an eye toward improvement of wayfinding and signage, security measures and overall accessibility.

These would all be most welcome additions. The PATH is a resource that many find terribly difficult to navigate, and thus don't use to its full potential. Others avoid it because it's really just one big, meandering shopping mall. But this is a cold-weather city for at least three or four months of the year, which makes a better-designed underground pedestrian network a worthwhile pursuit. 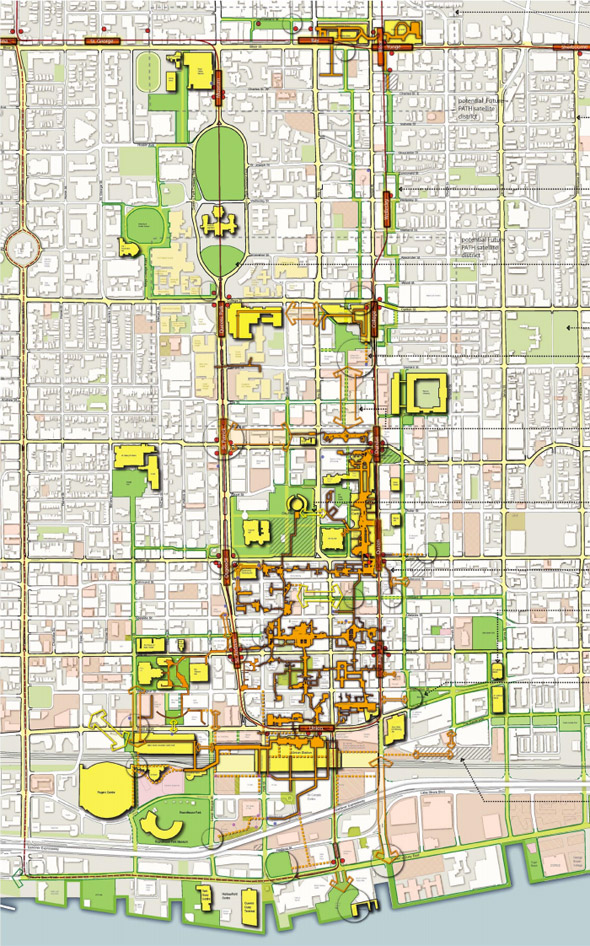 For a larger version of this conceptual plan, check out the City's website (PDF).