The changing face of the Maple Leaf Gardens marquee

With Loblaws about to open up shop at Maple Leaf Gardens, there's been a flurry of activity around the site in preparation for the formal repurposing of the old arena. Some of this has been a bit disappointing â e.g. the loss of the blue maple leaf logos from the building's domed roof â but the most recent addition should be cause for a small celebration.

Instead of restoring the 1990s-era marquee running along Carlton Street or going with something new altogether, E.R.A. Architects decided to revert to the signage that graced the Garden's about a decade after it opened in 1931, which emphasizes the building's art deco roots. Thankfully, the marquee also still bears the name "Maple Leaf Gardens," even if Ryerson can't officially refer to the building as such.

"The original canopy from 1931 did not include the lightbox... (which was added in the following decade), and the marquee has been subsequently modified numerous times over the life of the building," writes Project Architect William McIvor in a blog post about the marquee. "It was decided in consultation with municipal staff from Heritage Preservation Services to restore the signature element to its iconic, longest-running version; the one which is most clearly defined in the public consciousness."

I tend to lament the loss of Toronto's heritage structures on a regular basis, so I thought it worth noting that once in a while this city does manage to preserve some of its heritage. It might not be perfect, but little steps like this go a long way towards ensuring that Toronto retains a healthy connection with its past.

Here's a look at the marquee over the years. 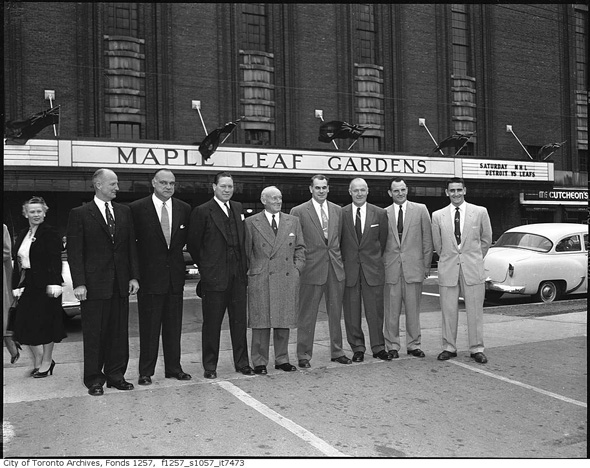 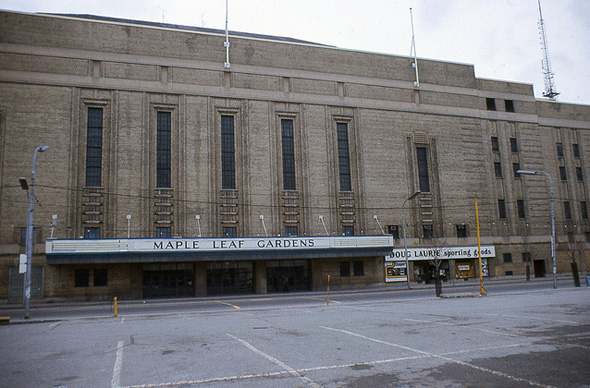 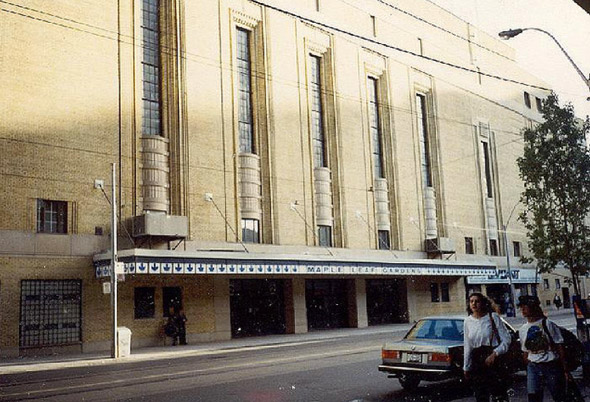 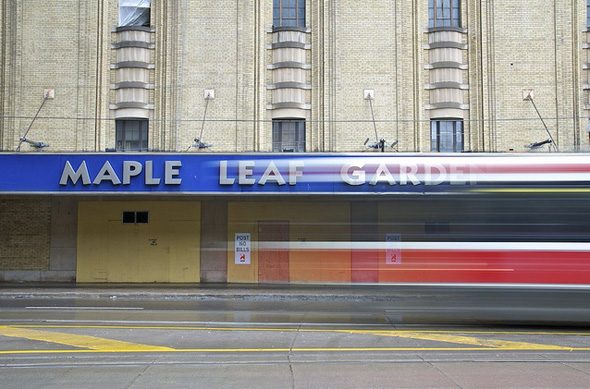 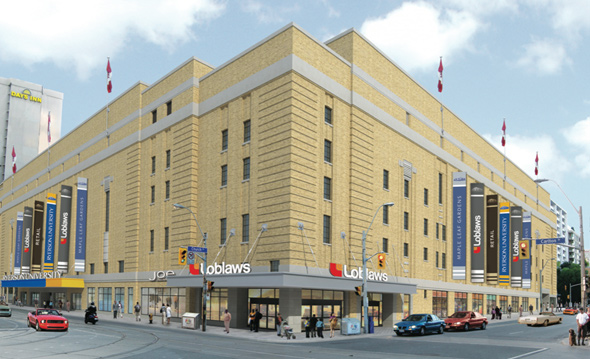 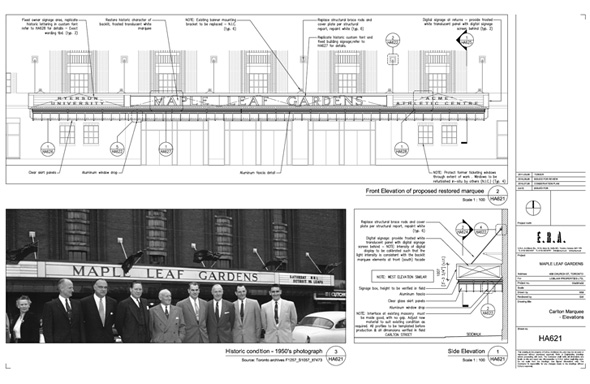 E.R.A. design for new marquee based on archival photos 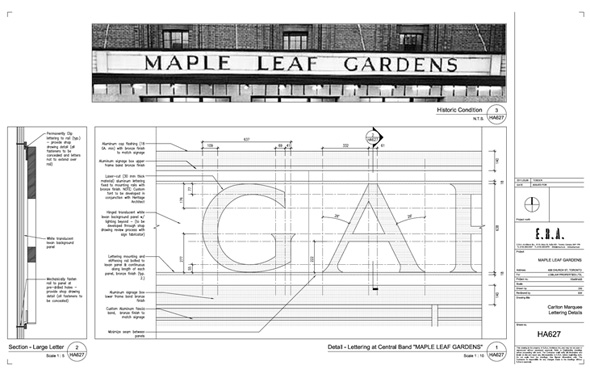 A closer look at the font 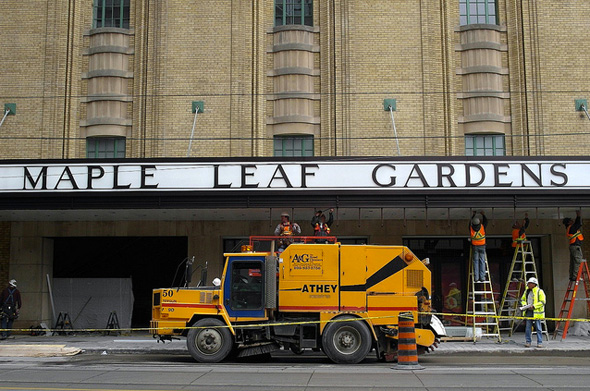 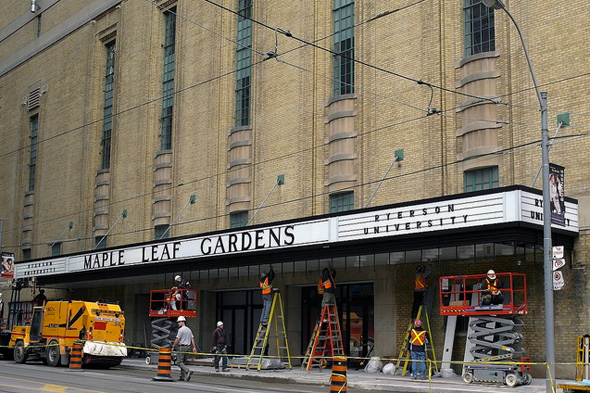 Success! I found a direct photo from the 1970s, which confirms that the marquee was unchanged until then (and perhaps beyond). I have placed it in the timeline above. Photo credit goes to mcwidi_2 on Flickr.