Occupy Toronto prepares for the next phase

When world got to St. James Park yesterday that Judge David Brown had ruled to uphold the City's eviction notice, many protesters were already planning the next phase of the movement.

The park was a buzz at 9:00 a.m. as occupiers met with members of the media to discuss their plans for the future now that they had officially been asked to leave.

What's interesting is that opinions differ widely on just what Justice Brown's decision means for the movement. While some began dismantling their tents, others began fortifying them. 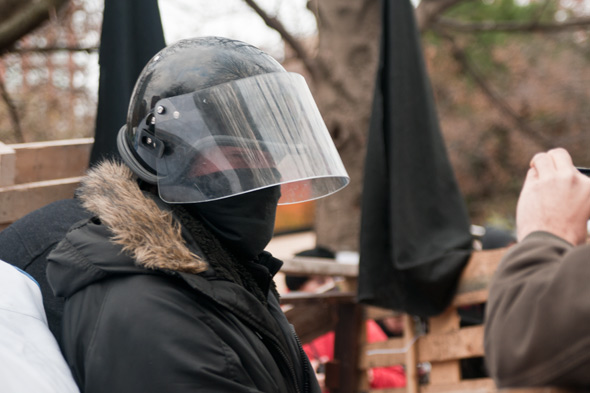 "We're going to continue to be here," Sakura Saunders said, a volunteer facilitator and protester. "This oppression that we're facing is our opportunity to expand this movement and transform it to something much bigger than a simple occupation of a park."

Many protesters have taken a similar view. While the park is certainly an important symbol, it is just that â a symbol. The issues purportedly addressed by the Occupy movement are much broader than land occupation, and for many of those camped out, this is the perfect opportunity to move to the next phase, whatever that may be. 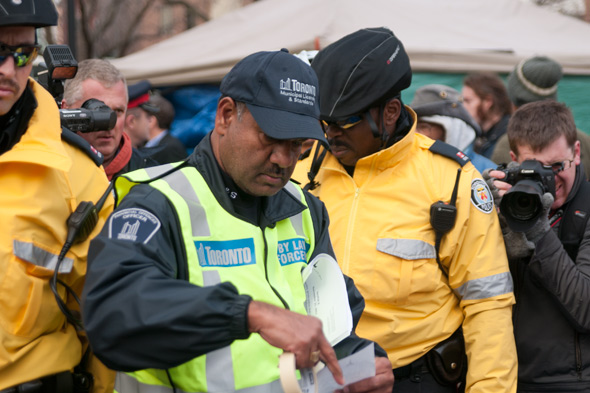 "[I want the] the movement to grow," Saunders said. "Whatever happens to us today, we need to take every opportunity to get our message out."

No word has been given on exactly when the city expects the protesters to be gone, but during a press conference yesterday morning, Mayor Rob Ford (repeatedly) asked them to leave "as soon as possible." 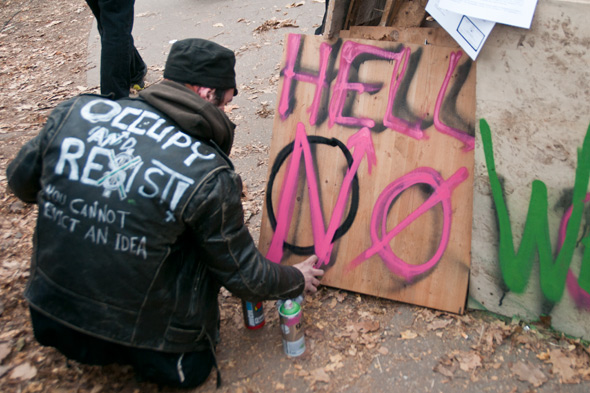 Since then, there has been an air of uncertainty at St. James Park, a clash with police seems inevitable at this point, but no one really knows when. Rumours peg the deadline anywhere from this evening to sometime Wednesday.

Shortly after 2 p.m. yesterday, police escorted a bylaw officer through the park, delivering a new set of eviction notices, this time printed on church letterhead.

Up until this point, the church had given their blessing to the occupation, and even provided electricity, but last week they announced they would abide by whatever the courts decided.

As the police walked through, some of the more militant protesters began building a wall around the yurt that houses the library. Others shouted "shame" at the officers, but while it is certain the tents will be removed soon, it's not clear exactly when. And so, the occupiers wait. Of course, no one really knows what happens next, it's clear no one interprets the court order as an end, and the eviction notice only prevents protesters from assembling overnight and pitching tents, which makes rallies during daytime hours perfectly legal.

So, for now, that's the tentative plan. If and when police break up the camp out, the occupiers have resolved to return, first for a general assembly at Nathan Phillips Square, then back to St. James for round two. 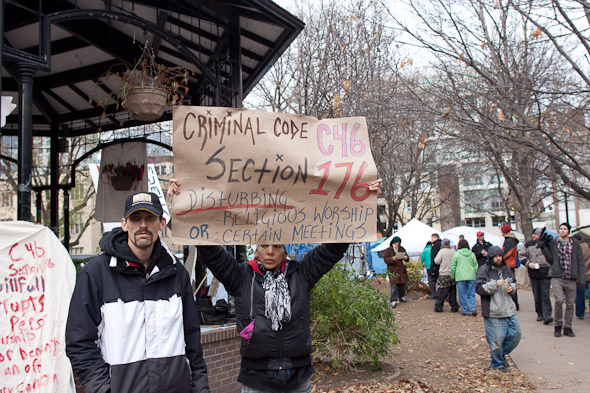 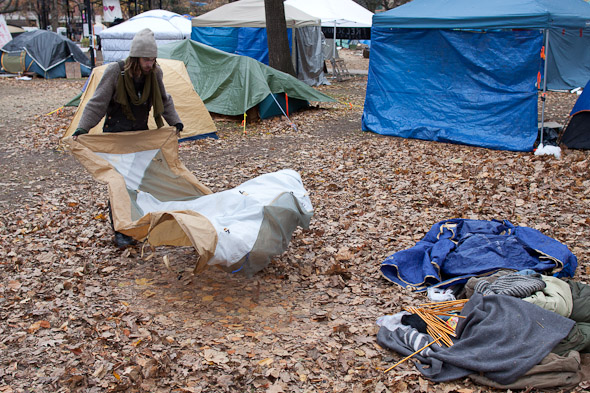 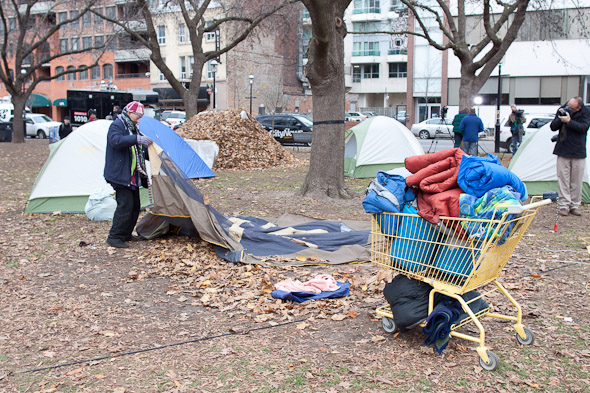 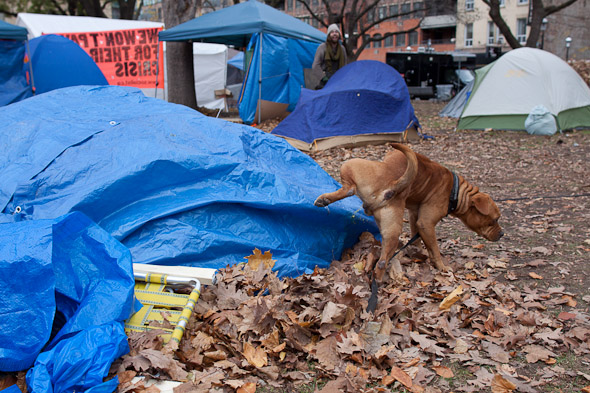 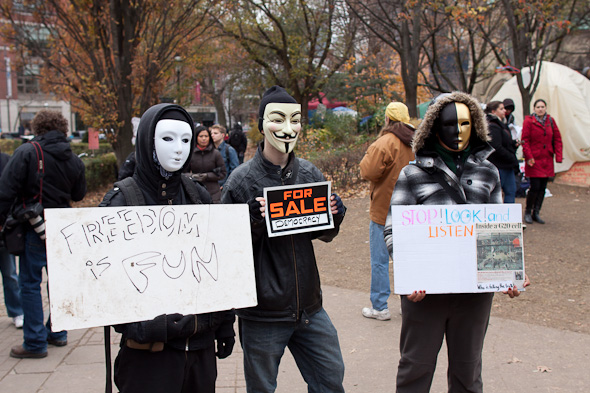