Being a bit of a map hound (is there a word for that?), I was more than a little intrigued when I heard about the aptly named Crumpled City maps. Designed by Palomar, an Italian company named after an Italo Calvino novel, the maps are printed on what they call a "special technological material" that's waterproof, light and highly crumpleable. Yup, instead of folding these maps up when you're done using them, you can just bunch them up and go on your merry way. That's it — no thinking or fussing. 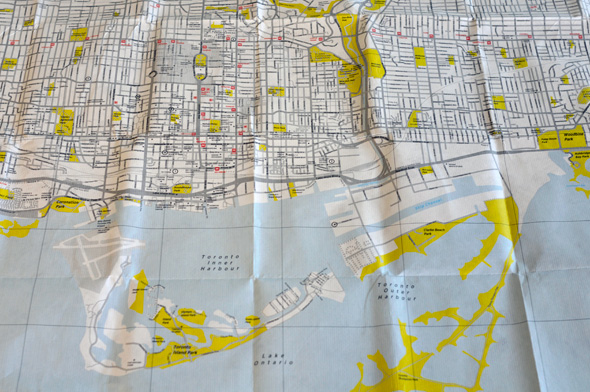 My big question when I popped the map out of its nice minimalist box was how small does it go? Can I really just stuff it in my pocket? Well, yes and no. If you bunch the map up into a ball, as my sophisticated mathematical brain led me to do, you'll find that you have to carry it around in a bag or purse as it just doesn't get small enough to much else with. If, on the other hand, you're slightly more careful about shaping it into the shape of a Kleenex-pack, it can be carried quite handily on your person. 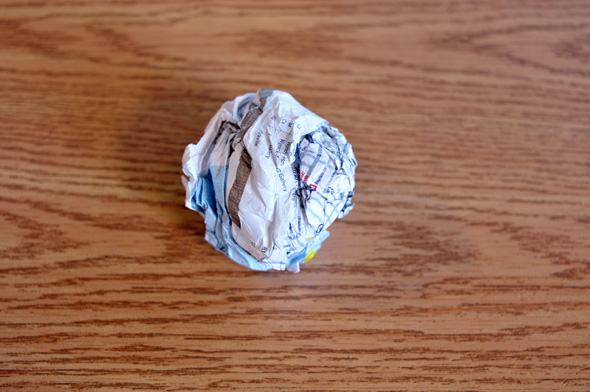 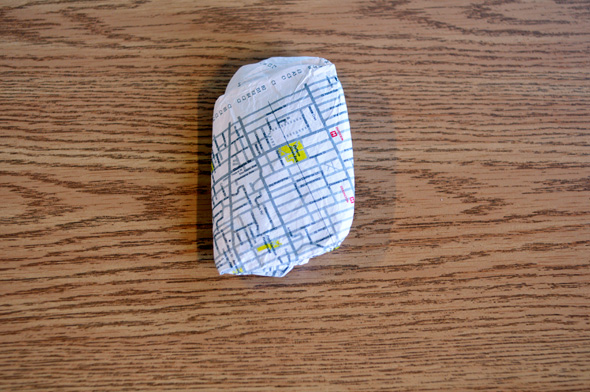 As for the cartographic qualities of the map, these are decent if not great. Aside from the fact that the northern boundary of the the map is St. Clair Avenue, I'd be mostly confident lending this out to friends visiting Toronto. The highlighted attractions — the CN Tower, Ontario Science Centre and Polson Pier — aren't so hot either, but who cares? When I want to help visitors explore the city, I just give them one of blogTO's neighbourhood maps, which don't take too kindly to crumpling, but have way more useful area-specific info. Yep, that was a plug.

Crumped City maps are available for a variety of major cities, check Palomar's website for more info. In Toronto, they can be purchased at TYPE books for $20. 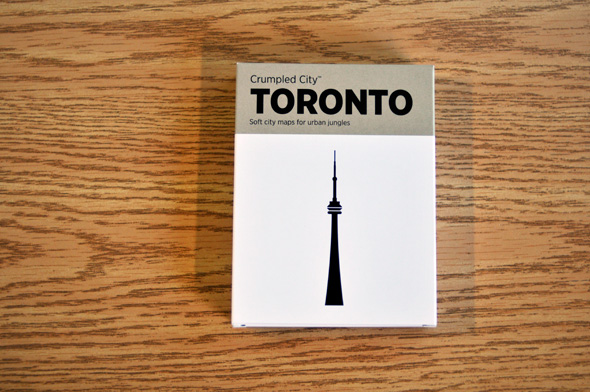