I wouldn't want to be the National Post's ad manager right now. Making waves on Twitter this morning is transphobic ad the paper ran from the Institute for Canadian Values, a group that, amongst other things, takes issue with the Toronto District School Board's Equitable and Inclusive curriculum (PDF), which challenges homophobia and transphobia.

Here's the "ad" in question:

OpenFile reports that they've spoken with the National Post, who are looking into how it is that the ad made it into the paper, but in the meantime, some savvy folks on Twitter have already struck back with a brilliant reponse. 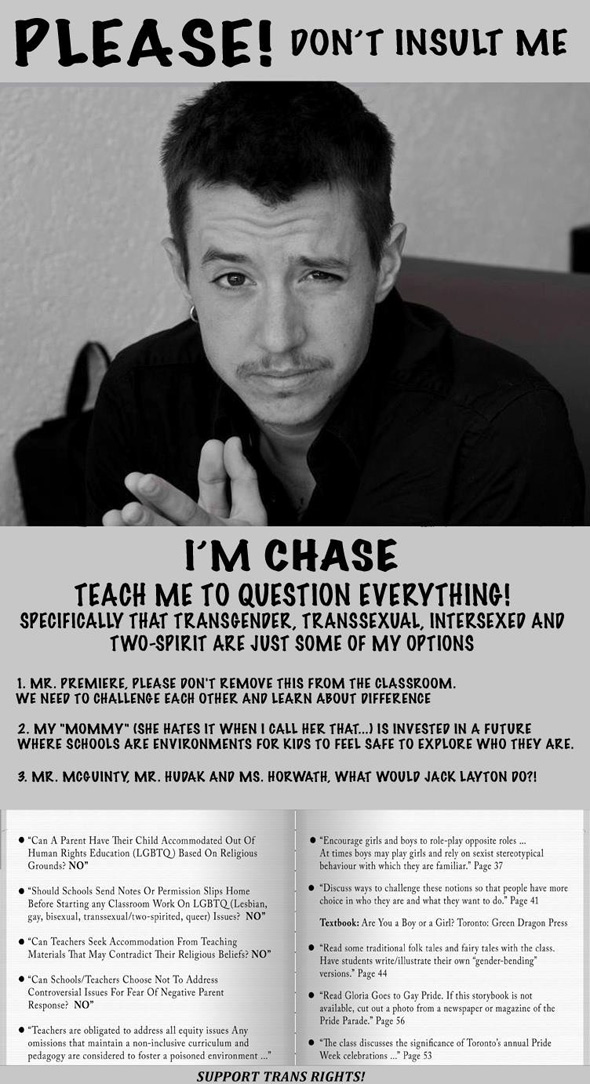 The Canadian Code of Advertising Standards prohibits ads that "condone any form of personal discrimination, including that based upon race, national origin, religion, sex or age," which it seems pretty clear this one does. It'll thus be interesting to see exactly how the Post responds.