They might not be as exciting as lightning storms, but every once in a while Toronto is graced with a sunset that draws the attention of just about anyone with a view to the west, of which last night's was a prime example. It wasn't particularly noteworthy to begin with, but about 15 minutes after the sun dipped below the horizon — say at about 8 p.m. — the sky became as saturated as I've seen all summer. For a few minutes it was so spectacular that I suspect even those who think sunset-gawking is hopelessly clichÃ© would have found the act irresistible. Fortunately, a number of photographers were well situated to capture the proceedings and posted their results in the blogTO Flickr pool for us to share. Lead photo by ~EvidencE~. 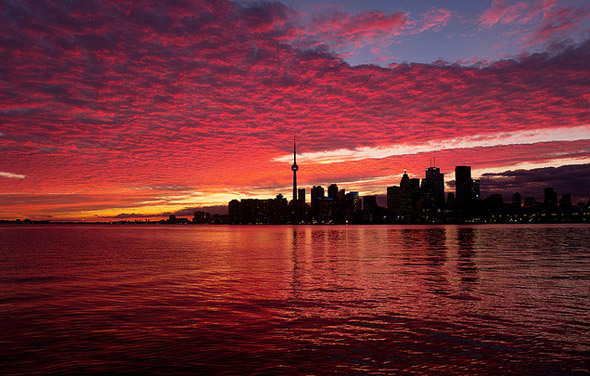 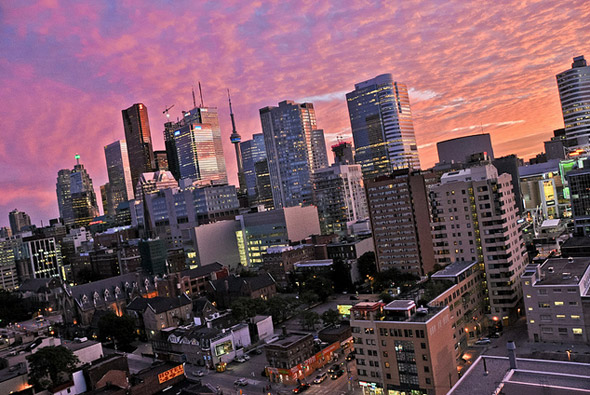 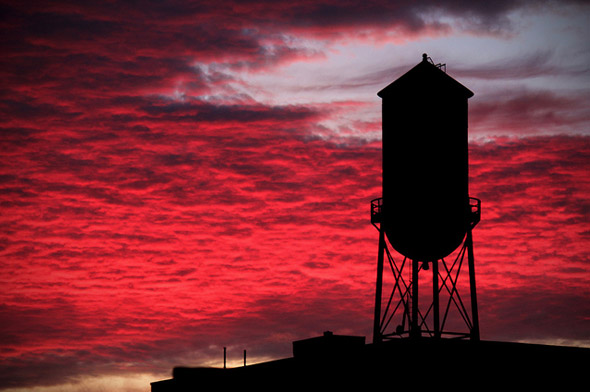 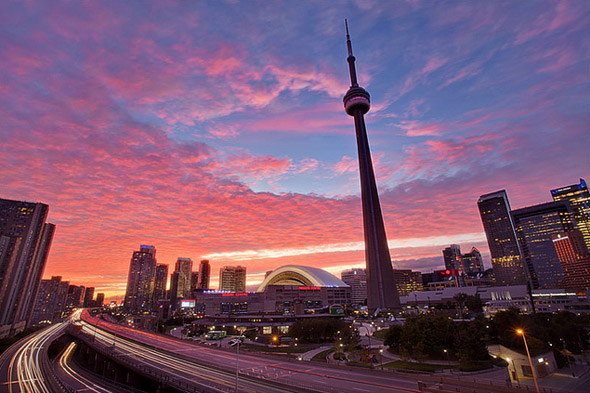 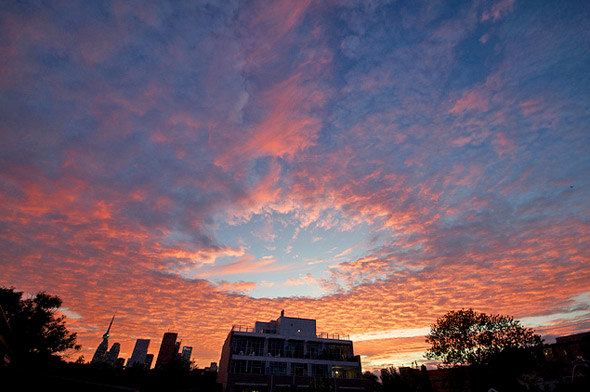 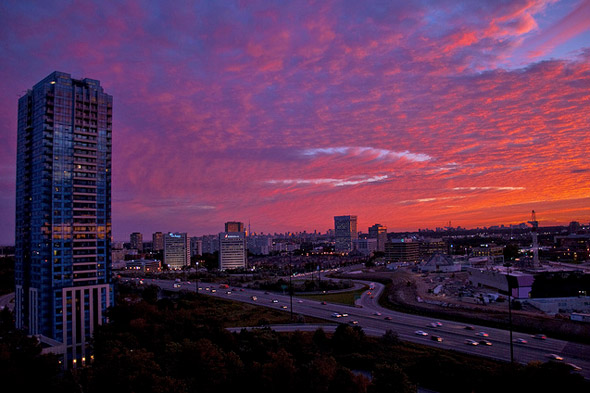 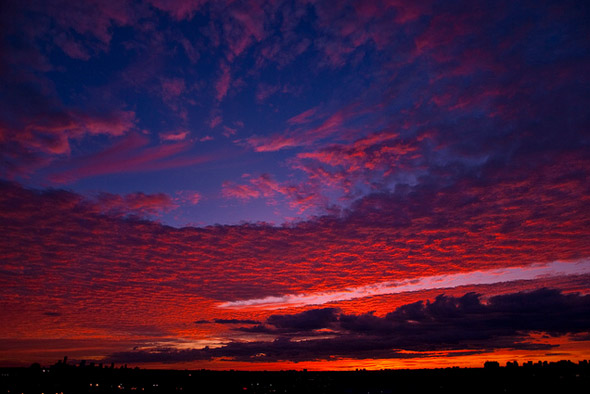 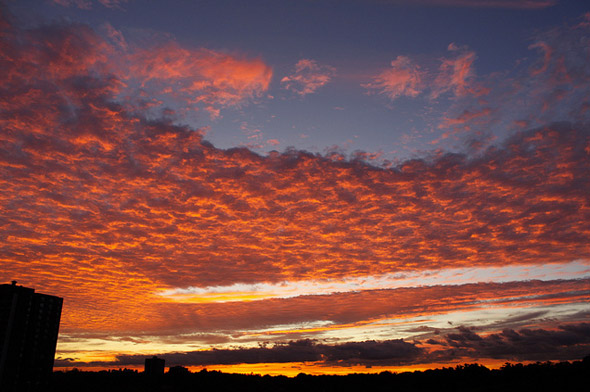