Thousands pay their respects to Jack Layton at City Hall

When I arrived at City Hall to pay my respects to Jack Layton yesterday, the lineup was estimated at two hours and wrapped all the way around the building. But, after touring Nathan Phillips Square and the new set of chalk messages that had been written since Wednesday night's thunderstorm, I knew that I wanted to wait. Although I despise lining up for anything, I had the unmistakeable sense that standing alongside fellow Torontonians who had come to say goodbye was actually the whole point. 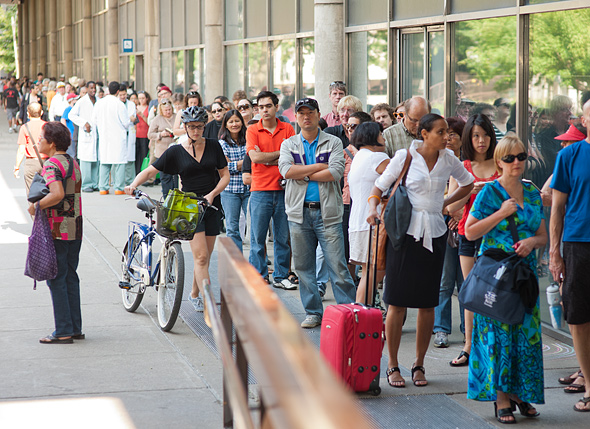 Over the course of the hour and half it took to get inside, I listened as my fellow line-mates talked about what Layton had meant to them, the injustice of cancer, and how reading the displays of grief and affection written all over the Square had made them proud to live in this city. I also witnessed politicians of various levels â from city councillors to federal MPs â passing through the line shaking everyone's hand, not in a strategic way, but in the manner that one would do so at a wake, which is what this was. 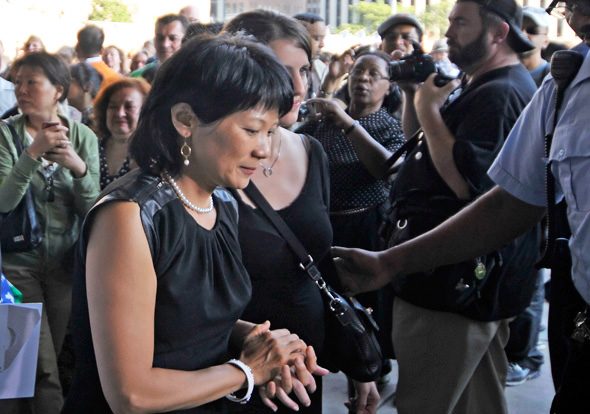 When Oliva Chow arrived in the early evening, there were spontaneous eruptions of clapping, as she spoke with and comforted people on her way to stand, once again, beside her late husband. This strange mixture of sadness and celebration is the very stuff of wakes and funerals, but it was surely heightened by the fact that the occasion had brought together people who were ostensibly strangers to share in their grief.

The estimates I've read have about 6000 people coming to pay their respects yesterday, but to look out across the Square, it was clear that the number was really much higher. Not everyone was able to lineup, but those that couldn't continued to write messages or to walk slowly around the square, no doubt in contemplation of Layton's life and this profound response to his death.

It may have been the saddest of circumstances, but this was Toronto at its very best. 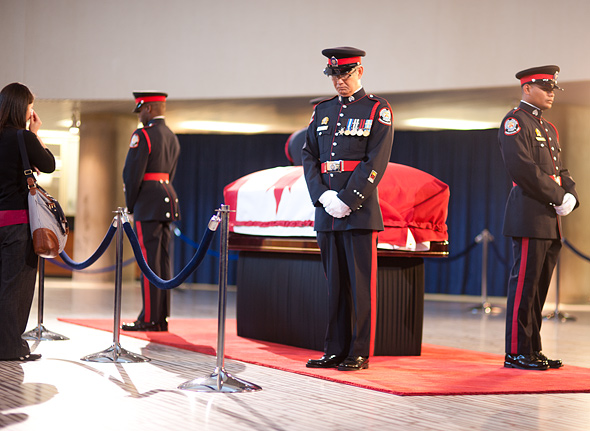 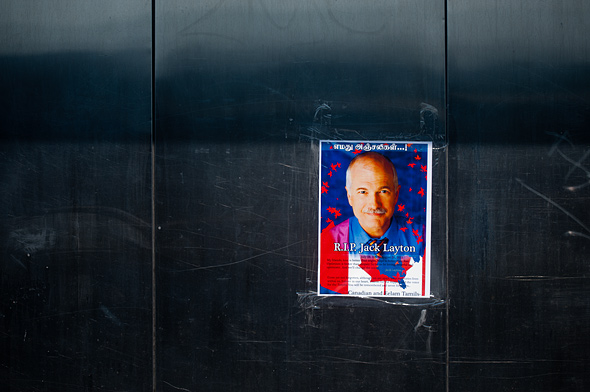 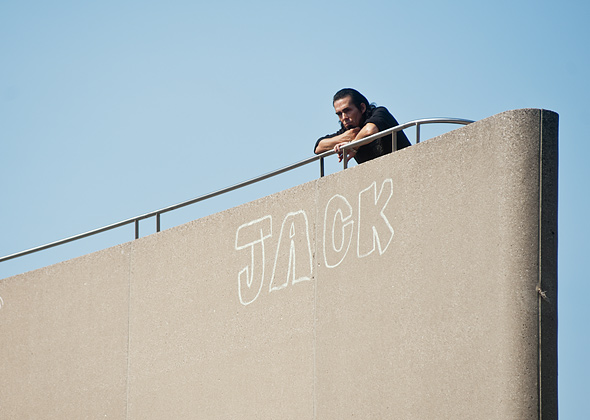 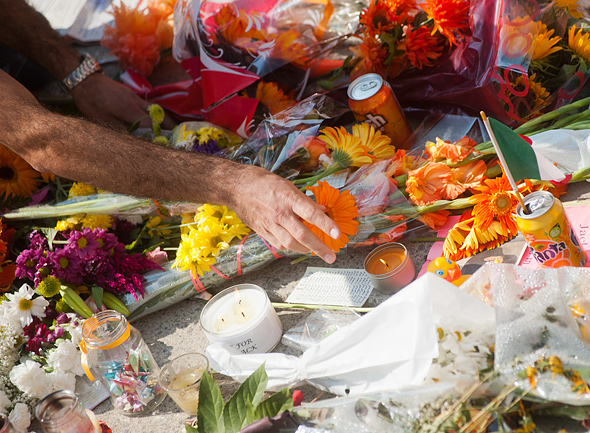 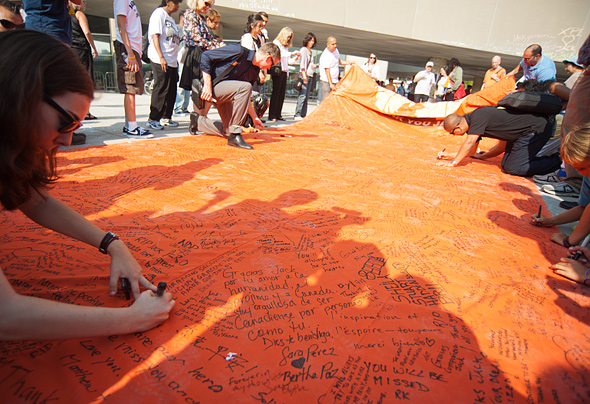 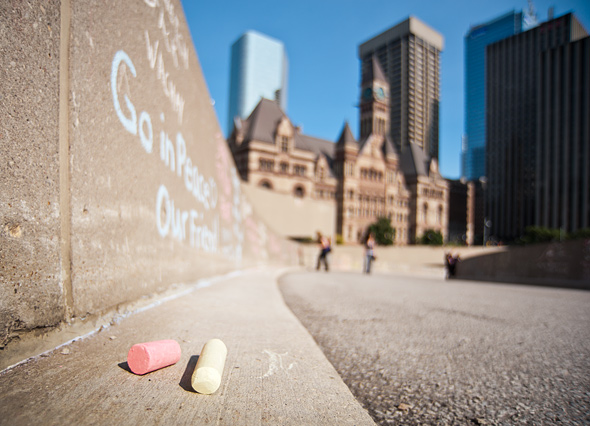 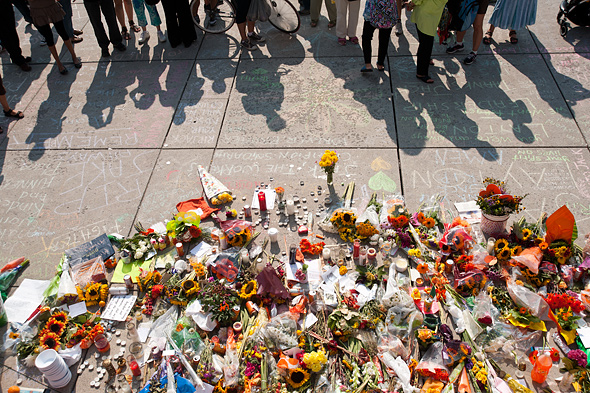 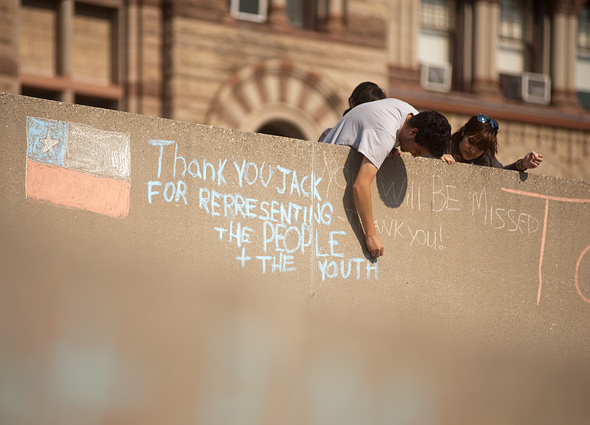 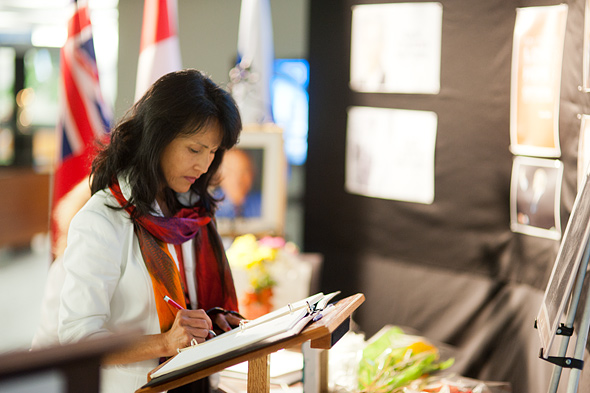 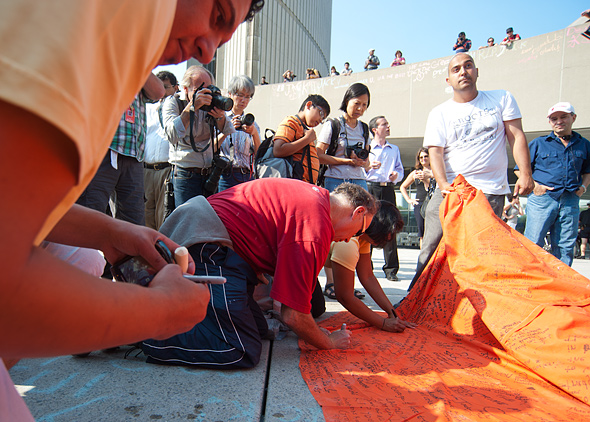 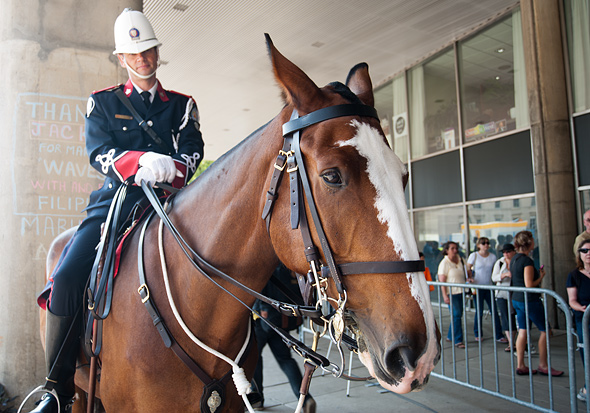 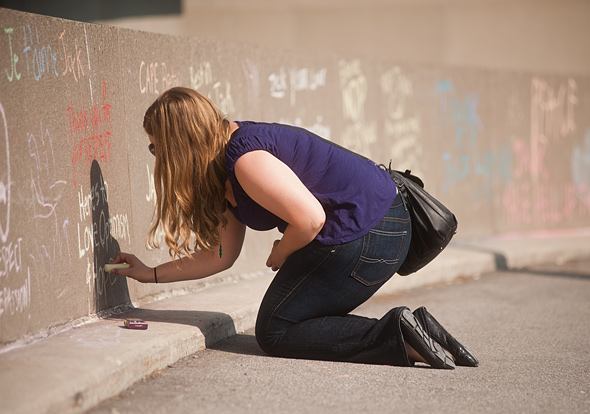 Photos by Natta Summerky with the exception of the shot of Olivia Chow, taken by the author