The official groundbreaking for Toronto's new aquarium took place earlier today, which means there are finally some more details to share about the project that's already under construction at the base of the CN Tower. Expected to be finished in 2013, the $130-million attraction will receive funding from all three levels of government, including $11-million from the province of Ontario and between $8- to $12 million from the City of Toronto in the form of property tax incentives over a 12-year period. The Canada Lands company, who owns the land on which the aquarium is being built, will also kick in "more than $10 million to redevelop the John Street corridor that includes new signage and improved access which will increase and enhance the flow of pedestrian traffic from Front Street," according to a press release issued today.

Among the aquarium's many features, it'll include a 96-metre-long moving walkway through a see-through tunnel that runs below the so-called shark lagoon, which will be inhabited by sand tiger sharks but no great whites (sorry Jaws fans). Although it won't start out fully stocked, the 5.7 million litre attraction will be able to accommodate 13,500 sea creatures, or about 450 total species. Ripley's also plans to implement breeding and conservation programs for endangered species, which will include a tag and track program for sand tiger sharks.

So what you do think? Will this become a premier destination? 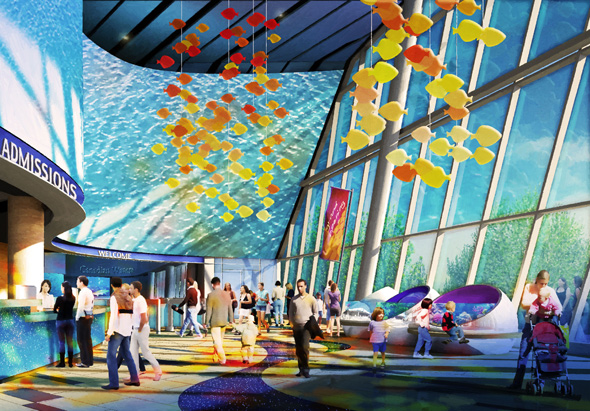 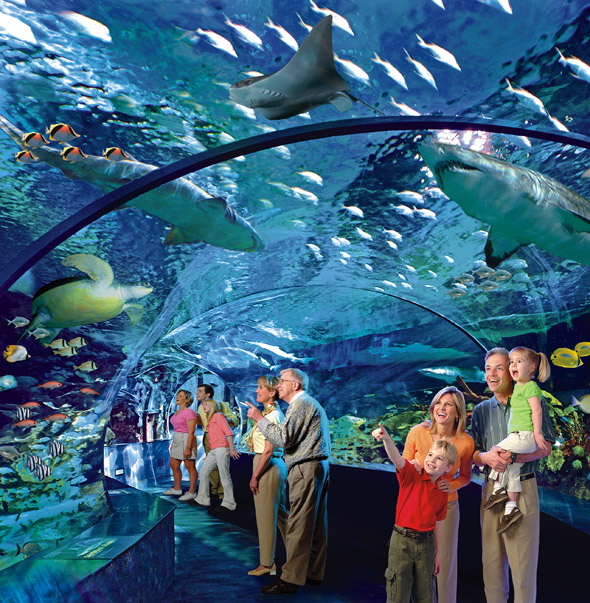 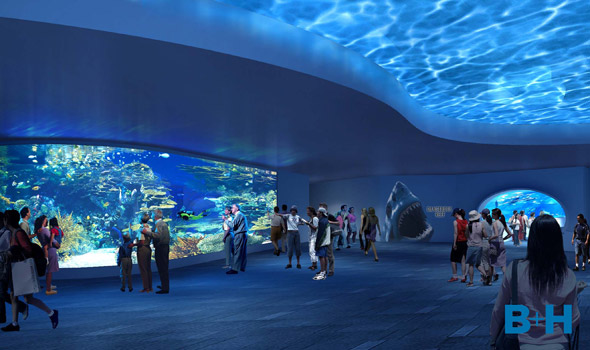 Exterior view on Bremner side: 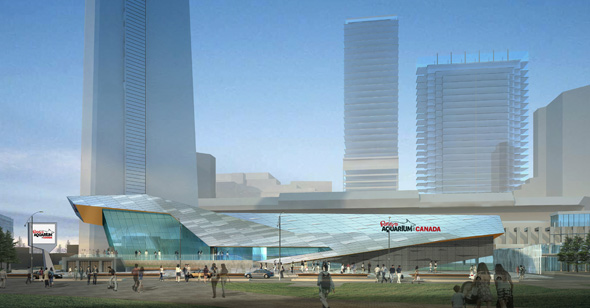