Uh-oh! It looks like members of Anonymous, the hacker group that's apparently vowed to "Kill Facebook" has made a Toronto appearance! Or maybe someone just wants us to think that. Or, maybe someone just doesn't like Facebook very much! Whatever the motivation, this rather nifty looking battle-cry was spotted on Queen West by a couple of our readers earlier today.

Truth is, we don't know the provenance of the message (or how much truth there is to the attack plans in the first place), but it sure looks like a reference to the promise made by alleged members of the group to take down the social media site on November 5th, 2011.

I don't know about you, but I'm trembling! 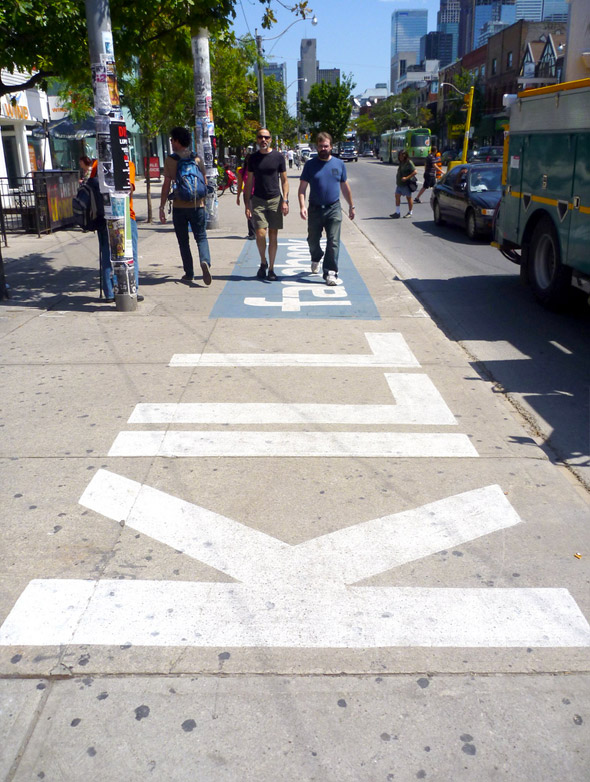 Lead photo by @DCapTO, second by Martin Reis in the blogTO Flickr pool.