Jack Layton tributes have appeared across Toronto since news of his death broke yesterday morning. The most prominent of these is, of course, the chalk messages that have been left for the former leader of the federal NDP at city hall. Started at around 4 p.m. yesterday, notes celebrating and mourning Layton continued to be written through the night and into this morning, prompting calls for more chalk.

Heaps of flowers and more notes of thanks have also been left at Layton-Chow residence and at his Toronto-Danforth office. Equally touching are the impromptu tributes that have popped up across the city on streets, bus shelters and bike locks.

Here's a photo collection of some of these tributes. As more are undertaken, we'd love to add to the post, so please send such shots to the blogTO Flickr pool. Lead photo by *Lemur*. 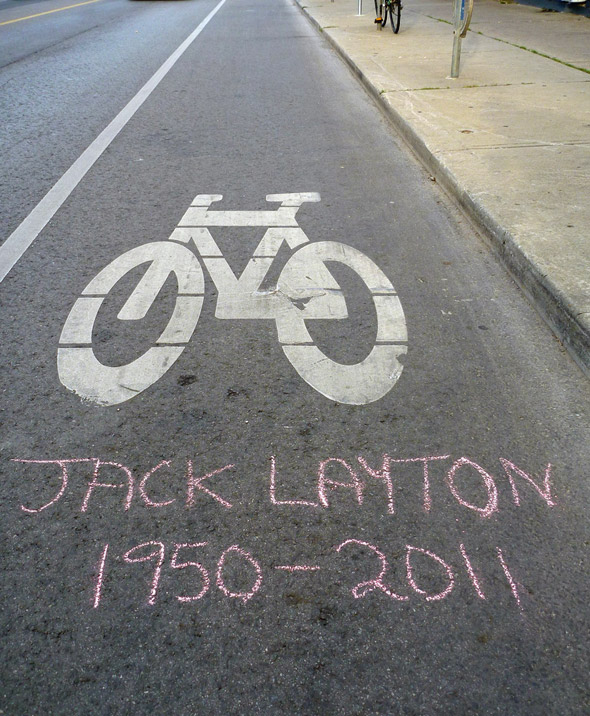 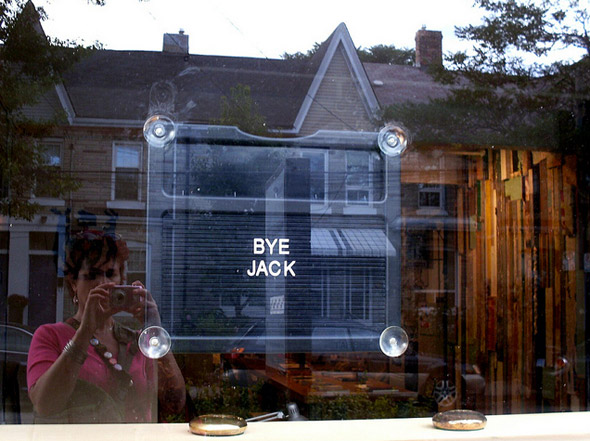 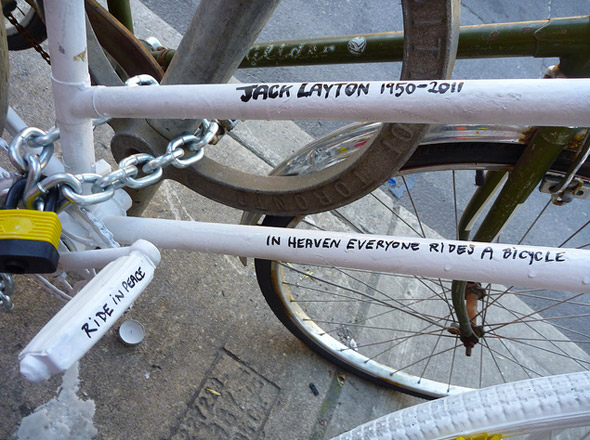 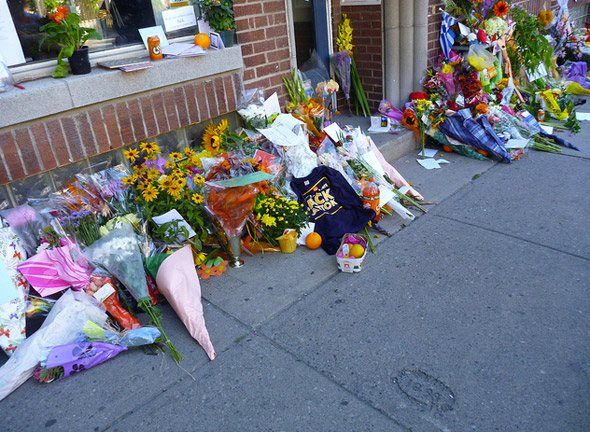 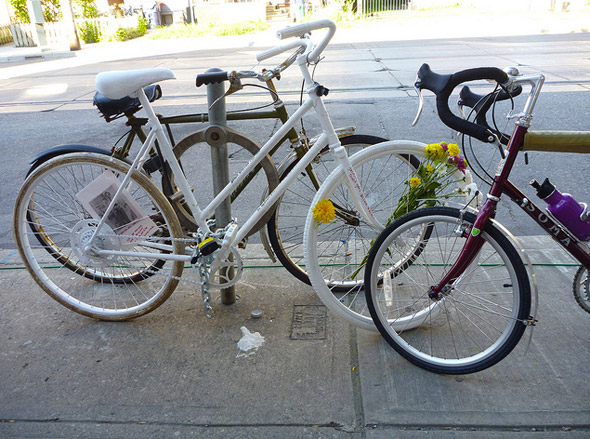 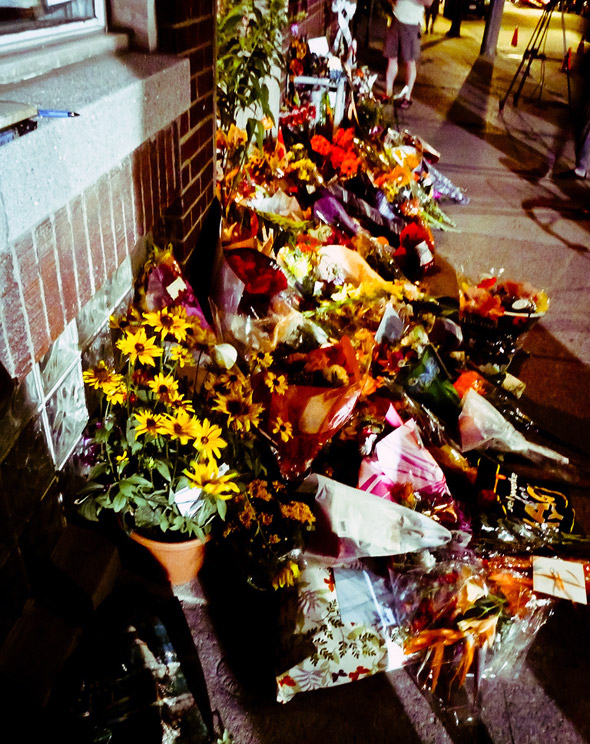 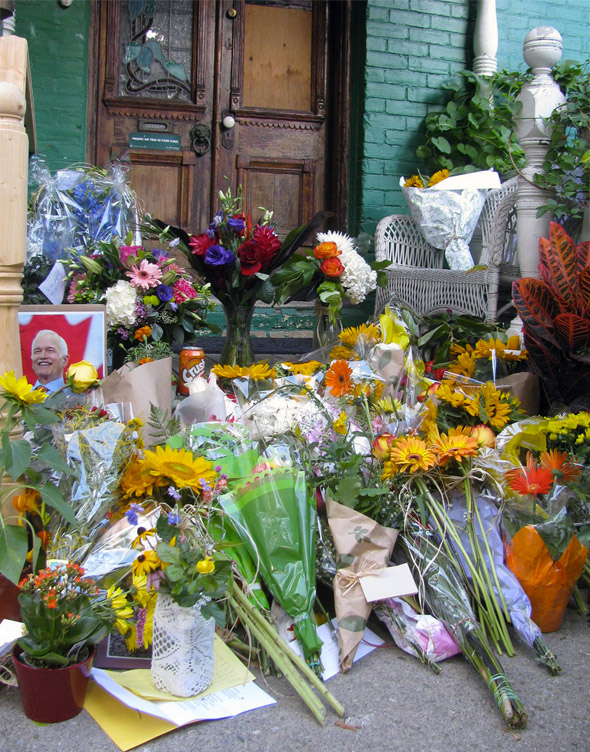 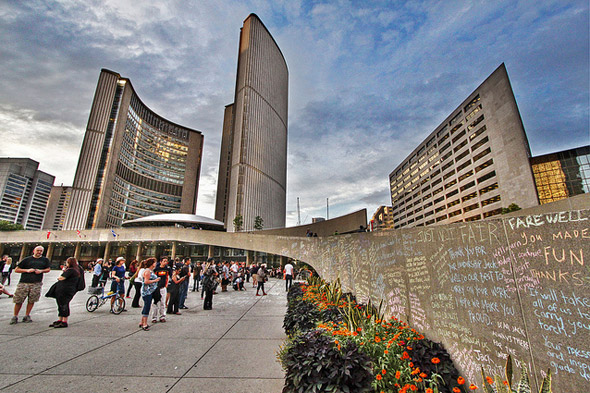 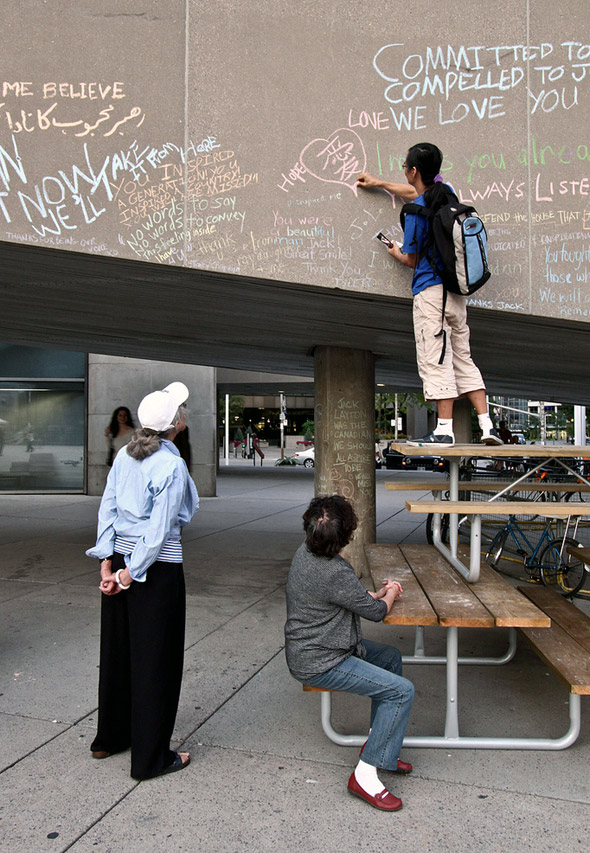 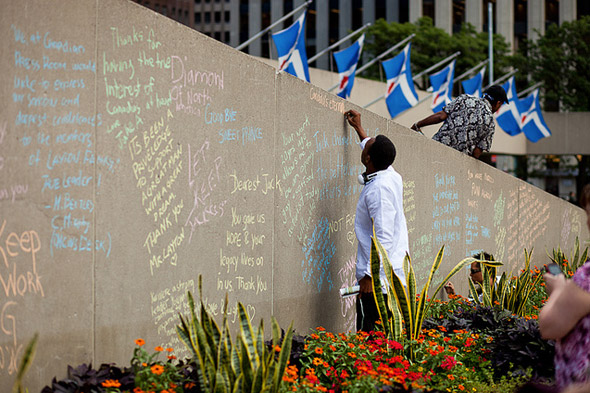 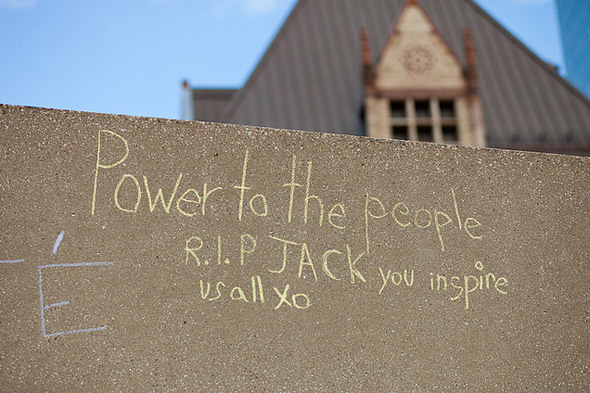 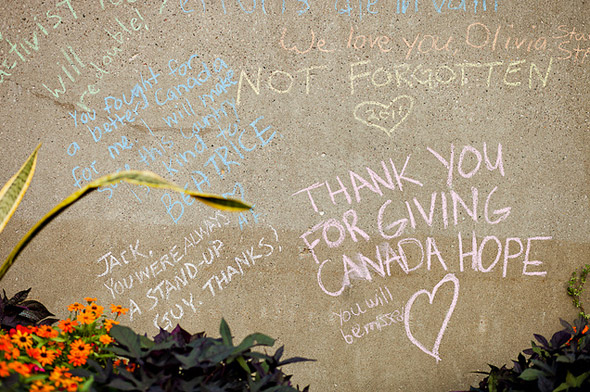 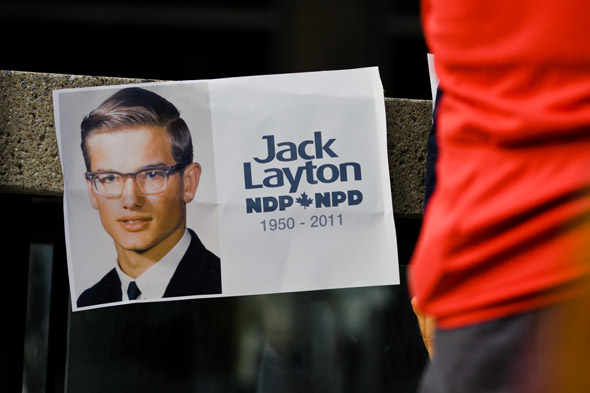 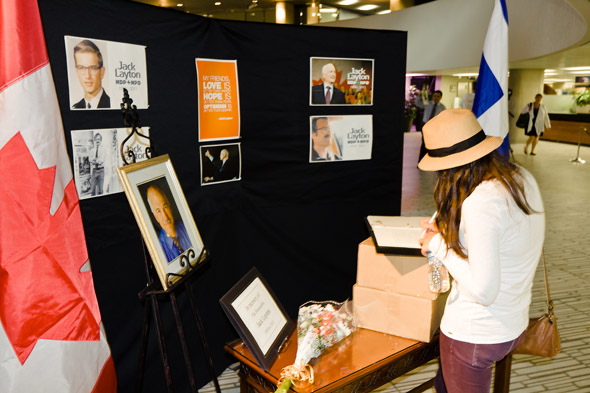 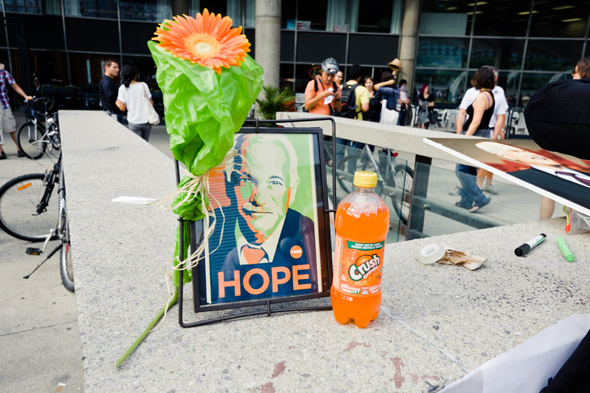