Inside the BIXI bike warehouse in Toronto

The addition of the BIXI bike-sharing program to our streets has changed Toronto cycling in the short time since its launch. Even before BIXI was a part of Toronto, there was an independent cycling culture defined by sustainability and community, all thanks to the fierce loyalty of commuters to their two-wheeled steeds. BIXI has since become a symbol for a more bike-friendly city, and it's not surprising that the back end of the program follows the same grassroots, people-oriented and eco-friendly values.

There's BIXI Toronto on the front end â the bikes themselves, their stations, and everything visible by users on the street or visitors to BIXI's website. But the repairs warehouse that actually services the bikes is tucked away in a building north of Eglinton called the Learning Enrichment Foundation (LEF) training centre, a 7300 square foot facility employing 320 people. Operating under a mandate of community and economic development, the LEF helps anyone in the GTA gain access to employment services, warehouse and logistics skills training, and youth programs. 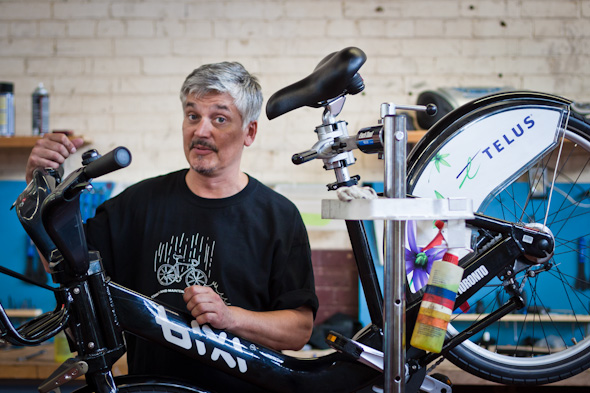 I meet with BIXI mechanic Darren Duke, who has a long history in bike maintenance and whose family owns Duke's Cycle on Queen Street. At the LEF, Darren works as the repair operations manager and instructor for the Bike Assembly and Maintenance (BAM) program. The program, backed by the Bike Trade Association of Canada, will be just one year old in September, and mostly receives students from social services. "Everyone who wants to become a BIXI mechanic must pass my course," says Darren, who proudly adds that his bicycle assembly and maintenance programs have a high passing grade of 80 per cent.

Darren takes me into the warehouse, a large room crammed bikes in need of repair. "We have people running around the city in a truck with a trailer, and they bring the bikes here," he says. "We call them 'bike warriors.'" 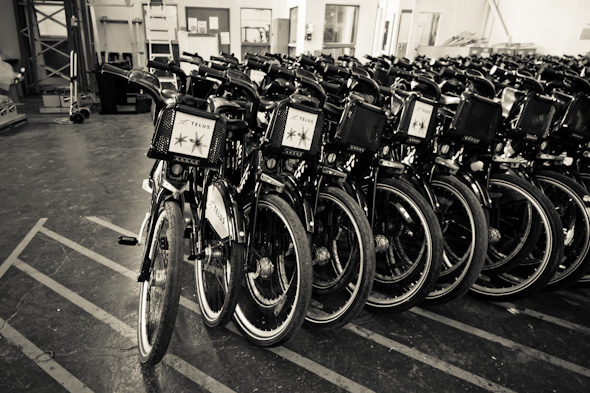 He explains that bike warriors go to 80 BIXI docking stations in a day, balancing out stations by moving bikes between them. Inspections are done three times a week on Mondays, Wednesdays, and Fridays, with roughly 45 bikes brought back to the warehouse each week for repairs. Two full-time mechanics repair between six to eight bikes a day. Extra mechanics-in-training and assistants are also on hand to get through the daily flow of bike repairs.

At the stations, Darren says, basic checks are done starting with the brakes, the front dynamo which acts as the generator for the lights, and the bell. If there is more complicated work to be done, such as graffiti removal or badly damaged parts, the bikes are brought back to the LEF. 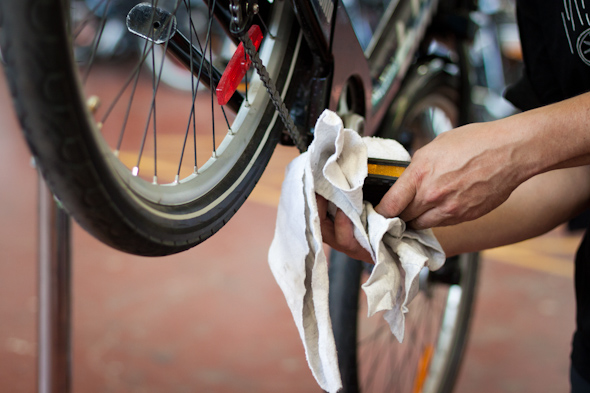 He then proceeds to demonstrate the repair process, putting a damaged BIXI on a stand. He cleans the chain with a biodegradable solution and gets to work with myriad tools from a well-stocked workbench. All of the cleaning fluids and lubricants used on the bikes are eco-friendly to the best of his ability, explains Darren. 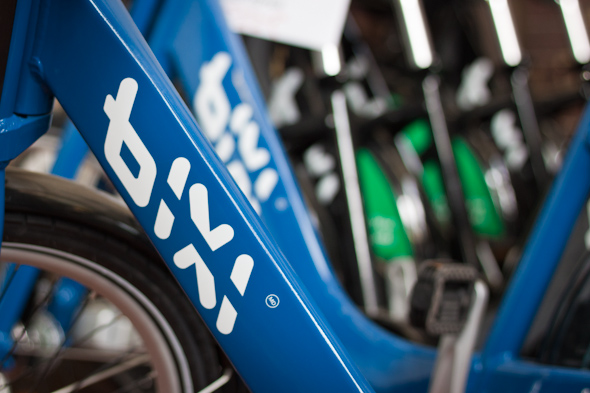 Finally, he shows me a warehouse secret â a couple of blue BIXI bikes with the City of Toronto logo. "These were used as the pilot bikes when the BIXI program was first pitched to the city," he says. Blue was the original colour for the Toronto BiIXI before it was finally decided that black would be more cohesive with the advertising on the bikes.

As I leave the LEF, I realize that Darren is just one of a very large, important, but obscure group of people--thousands of Torontonians whose hard work is qualified by how well they themselves disappear into the background of our daily lives. But for these people, I guess keeping all of Toronto running is just another day on the job. 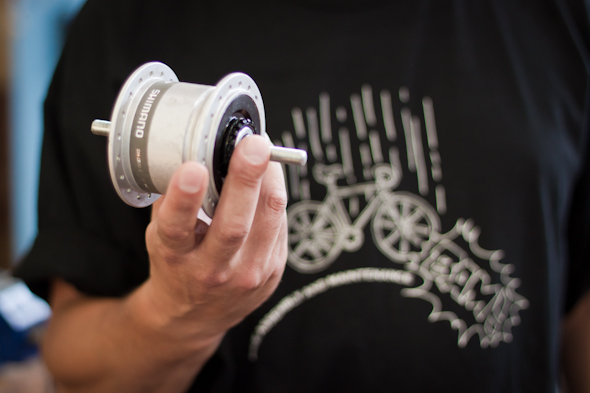 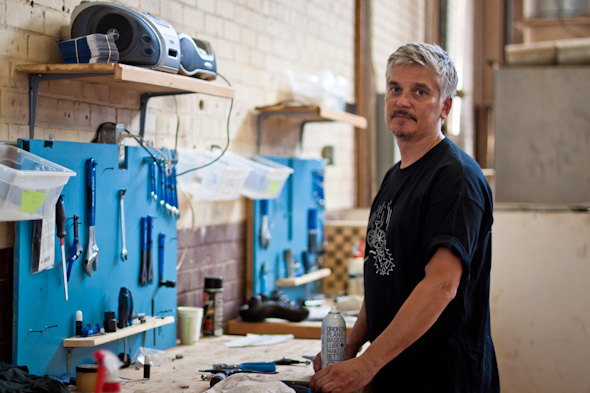 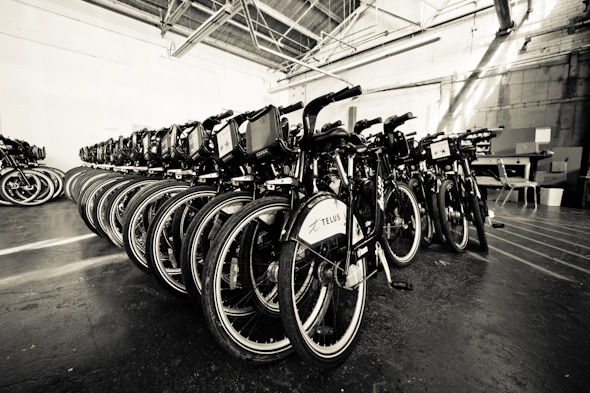