Get to know a street: Jane Street

Jane Street isn't pretty, and it's not exactly Pleasantville, that's for sure. With a "Moonshine Hair Salon" and "Penthouse Restaurant," this isn't exactly the sugary-sweet neighbourhood where kids skip merrily along their way. But what Jane Street between Weston Road and the 401 does have is authentic cuisine. Brought together from various regions and sharing a handful of city blocks, these restaurants offer up a lot of spice, plenty of heat, and an oxtail thrown in for good measure. Just remember to leave the jacket and tie at home.

Here are some spots to check out while on Jane Street:

El Taquito
El Taquito is a Mexican restaurant with a terribly confusing logo. Is that a potato driving a car? In any case, the menu is much more straightforward. Beef, chicken, or pork tacos for $2.50, served with limes and two types of salsa. Offerings also include Alambre for about $10 an order, and there are plenty of varieties of Jarritos in the fridge. A few sets of tables and chairs (Ikea, I believe) make for a really cozy space. 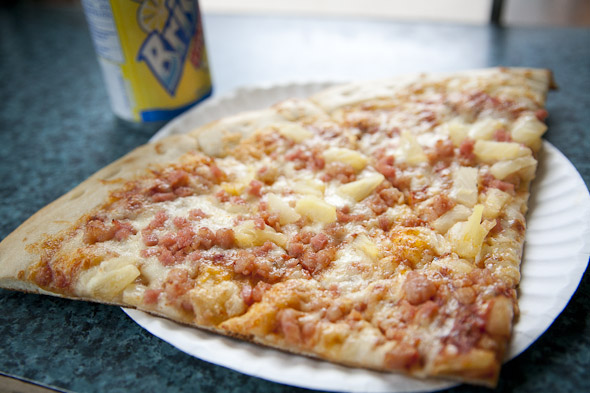 Papino's Pizza
Papino's Pizza doesn't exactly excel in the ambiance department (think duct tape on bar stools and dated newspapers), but it offers lots of classic pizzas at very reasonable prices. Daily walk-in specials include one-topping large or extra-large pizzas at $5.99 and $7.99 respectively, and a cheese or pepperoni slice can be had for $2.25. And, uh, it's probably best to take out. 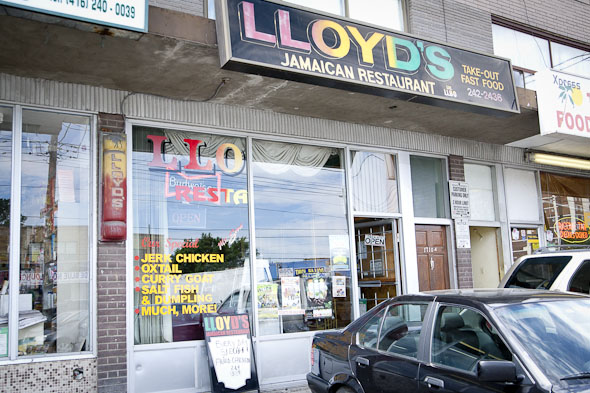 Lloyd's Jamaican Restaurant
I'm not sure, exactly, who Lloyd is, but it looks like his grandmother is cooking up a storm. Lloyd's definitely has that grandma's kitchen-feel, with a banana-clad older woman serving oxtail, jerk chicken, and other Jamaican dishes from massive pots and pans. Graduation pictures of anonymous youths decorate the walls, and there's even a box of condoms for the offering right by the front door. Remember to wrap it up, kids. 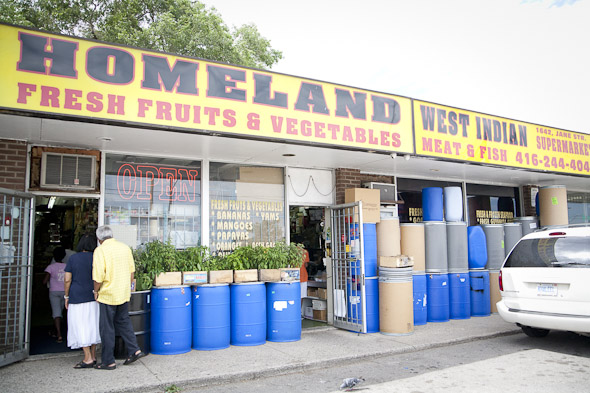 Homeland East & West Indian
Homeland East &West Indian grocery store reserves the wall by its front entrance for what must be thousands of spiritual oils. A brief scan of the collection reveals that among oils for prosperity, good health, and fortune, there are oils that are more specifically labeled with "Send Evil Back" and "Hold On To Your Man." The shop has winding aisles filled with things like arrowroot flour, canned goods, Indian DVDs, and fresh produce, and Halal meats are prepared at the fish and meat counter at the back. 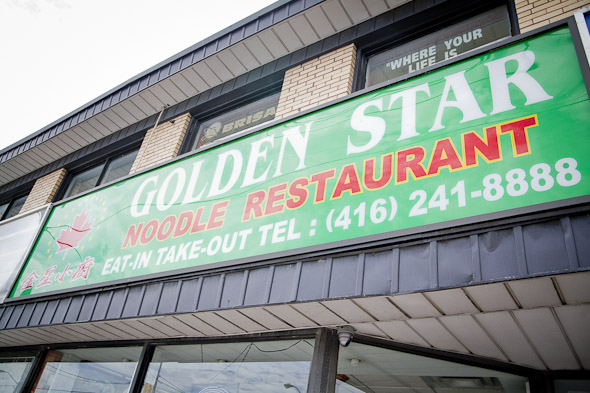 Golden Star
Golden Star is a Chinese restaurant with an extraordinary stack of cases of pop nonchalantly stacked in the dining area. Either there's a desperate lack of storage space, or they're not kidding about their super spicy Szechuan Shrimp. Golden Star Noodle Restaurant is a favourite especially among kids in the area, offering daily lunch specials and classic dishes such as General Tao Chicken, Fried Rice, and various stews and soups. 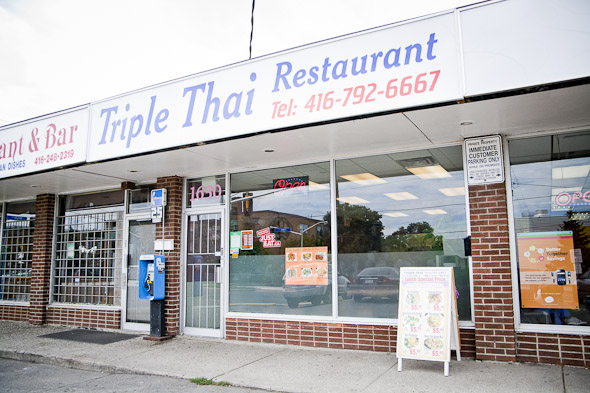 Triple Thai
Triple Thai is one of those Thai restaurants where an entire wall is occupied by a huge horizontal mirror. I don't know who likes to watch themselves devour a plate of Pad Thai, but the reflective wall seems to be a steadfast dĂŠcor trend in many a Thai lunch and dinner spot. The menu, however, may offer some distraction, with authentic Thai dishes including cold rolls, green curries, fried rice, and stir fried noodles. 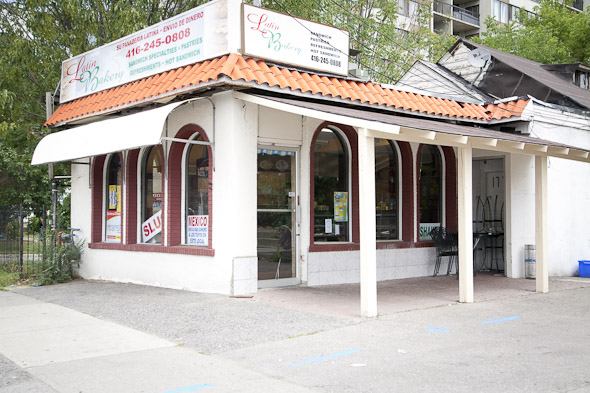 Latin Bakery
Latin Bakery has a great Mediterranean tiled roof, if more for style than for substance since the tiles seem to wane halfway up. A fairly new fixture on Jane Street, Latin Bakery offers sandwiches and little baked treats on red trays, which include alfajores, sweet bread, and of course, empanadas. Oh, and slushies. Just because.