Photos of the 2011 Toronto Pride Parade 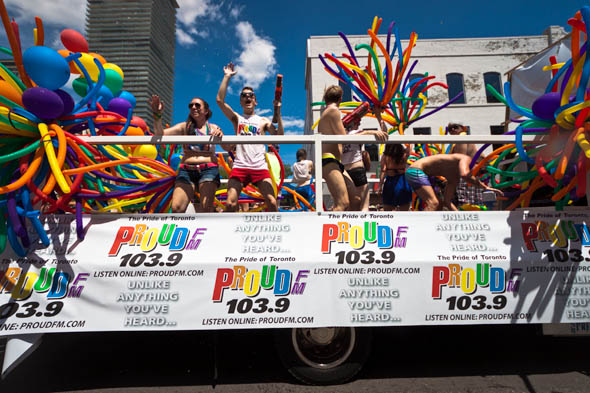 This year's celebrations began at Bloor and Church, winding down Yonge and finishing at Gerrard and Church. Participants included student and business groups as well as a cast of lively LGBTTIQQ2SA performers and community members. 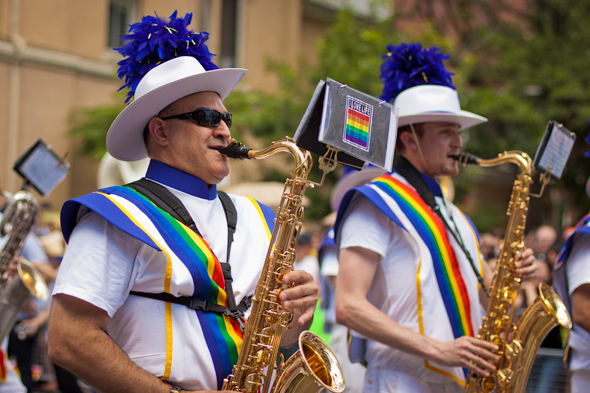 Marching bands and drummer groups produced lively music throughout. Pop songs (a common favourite being Lady Gaga's Born This Way) boomed from giant stereos as performers danced atop them. Cheers and whistles arose from the crowd as floats became more colourful and wild. 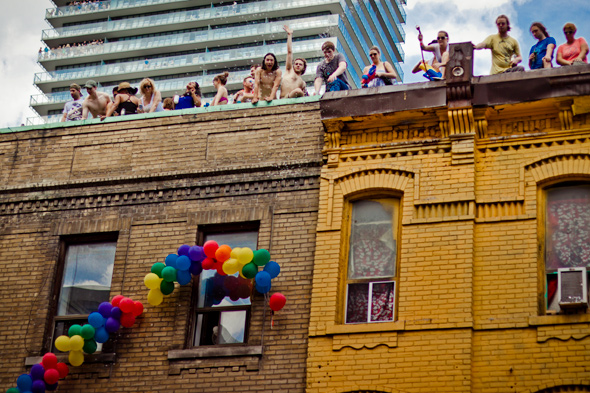 As having over a million attendees would suggest, Yonge's sidewalks were soon crammed so full of parade-watchers that people going about their usual business could only walk in single file on each side. The predicted 30-degree high felt like at least 10 higher when onlookers stood sandwiched amongst themselves. 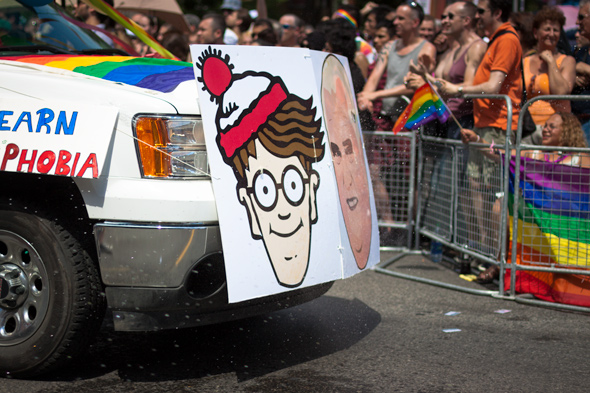 Unsurprisingly, the spotlight did turn to the Mayor Rob Ford now and again: some participants wore (fairly creepy) cut-out masks of Ford's face as they marched down the street. One pickup truck even read, "We found Waldo...but where's Rob Ford?" 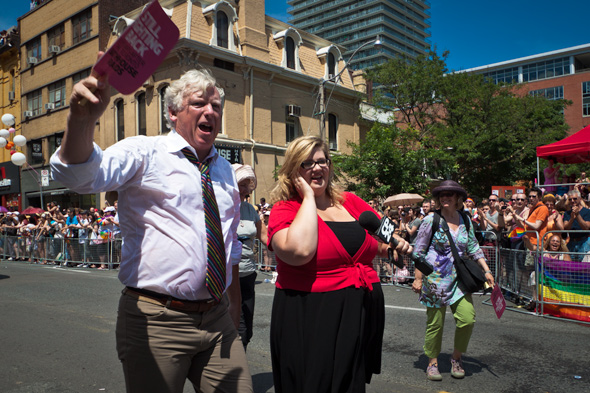 Instead, former mayor David Miller was the media darling of the day, sporting a rainbow tie and taking the hits from trigger-happy kids with Super Soakers in stride.

It remains to be seen whether or not our current mayor's decision to skip Pride will have long-term political consequences, but it's clear that his absence didn't dampen the collective spirit at the parade. If anything, his snub buoyed those in attendance, and served as a timely reminder of Pride's origins and why it remains such a crucial event in this city. 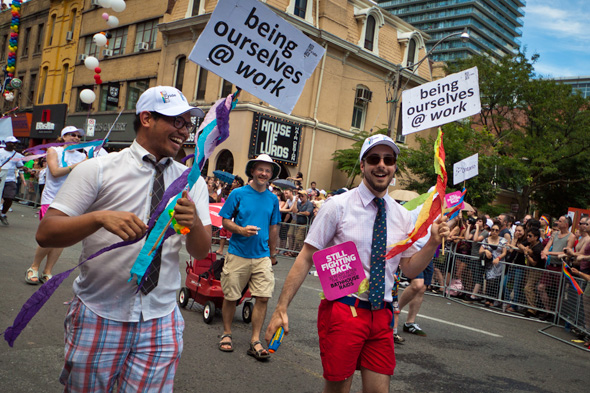 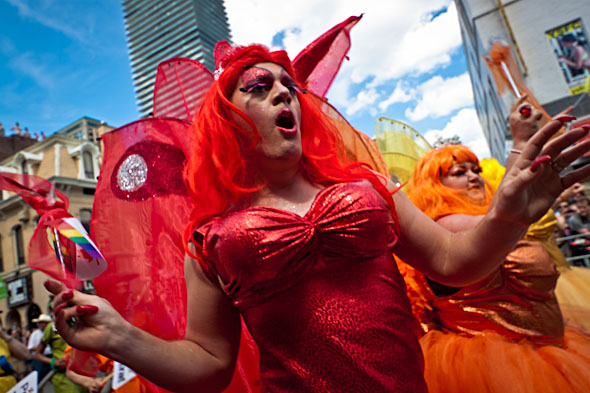 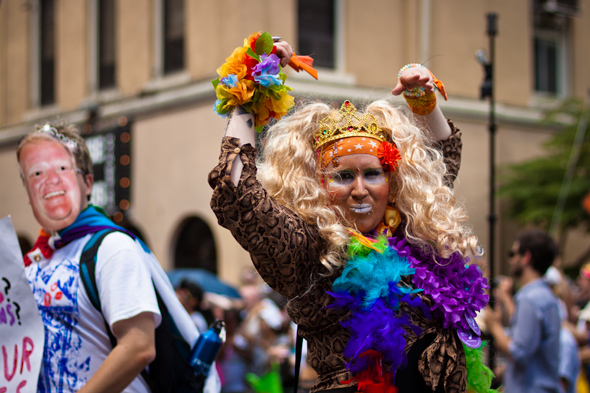 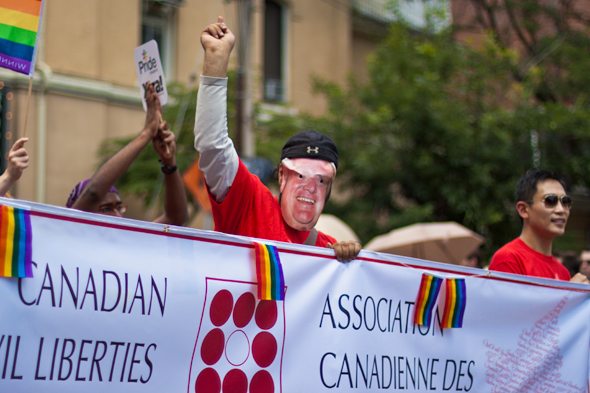 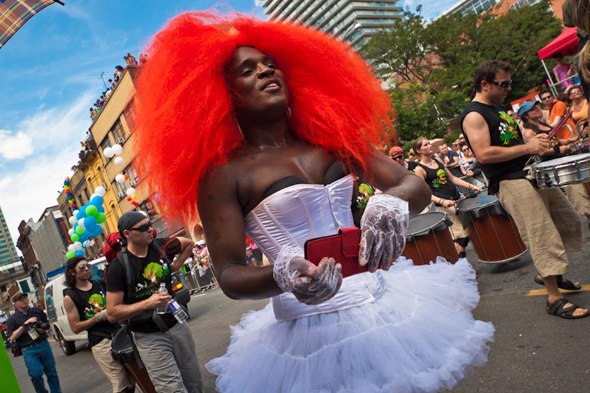 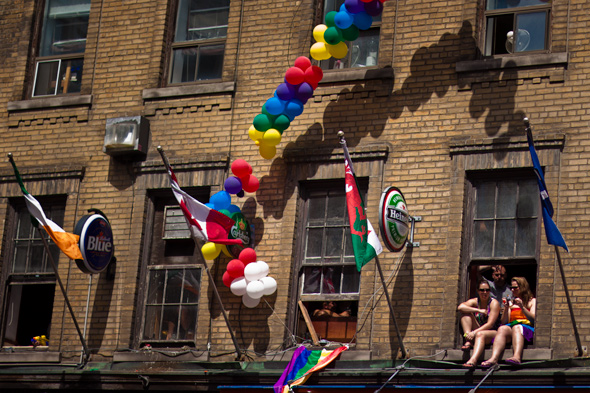 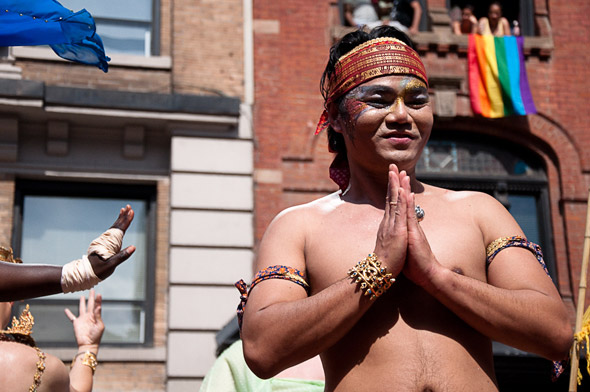 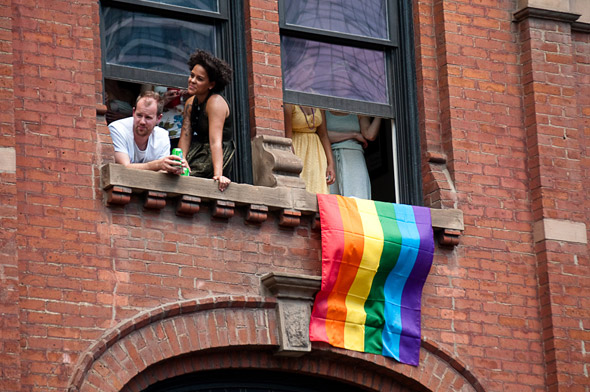 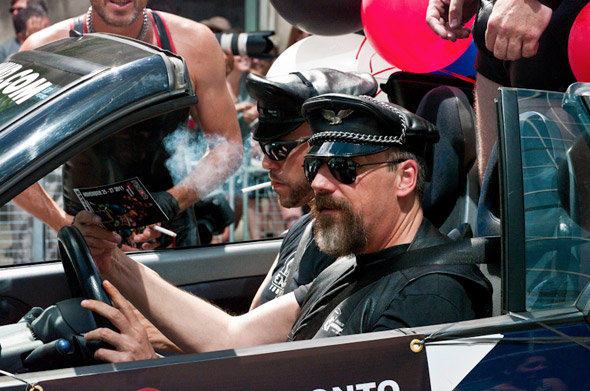 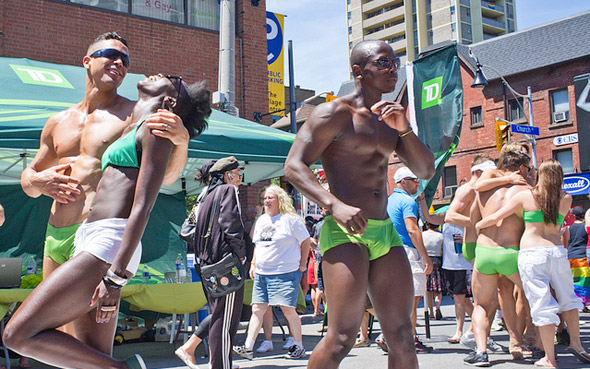 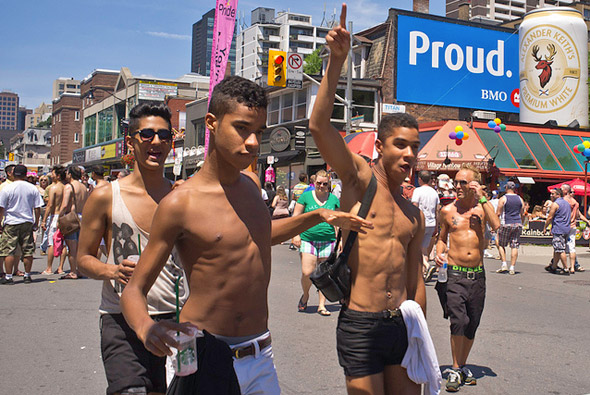 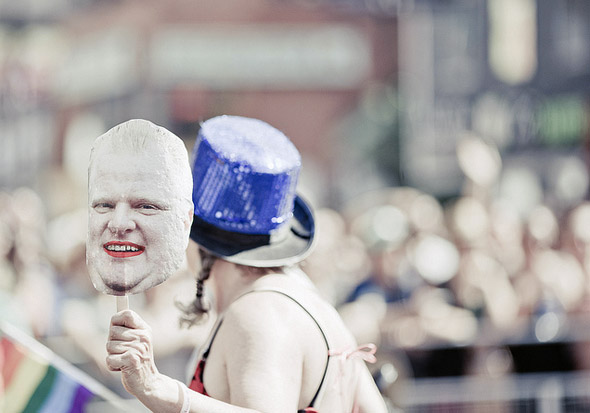 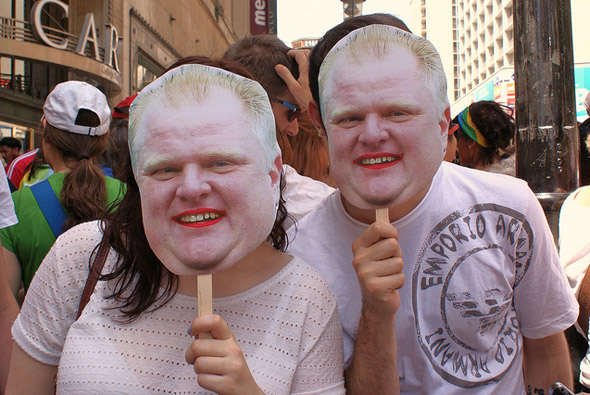 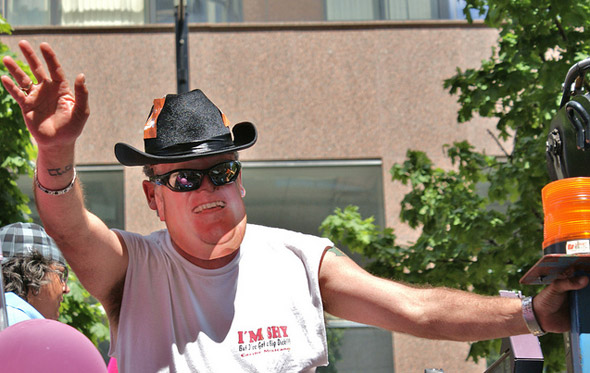 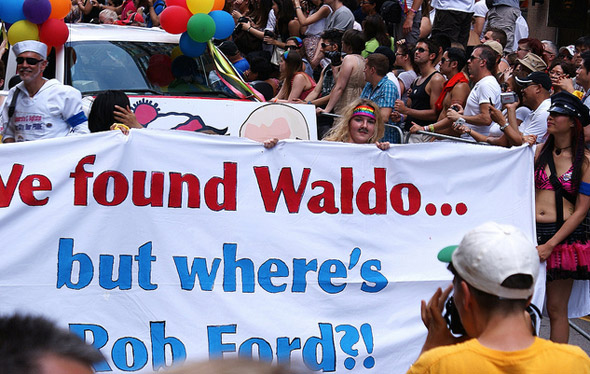