TTC track replacement work at King and Bathurst has led to something of a perfect storm when it comes to traffic congestion in the area. With the closure of the intersection on July 11th, there are now multiple route diversions flowing onto Queen Street, which makes for a veritable log-jam during peak hours.

In addition to the 501 Queen, which already runs along the street, the 504 King, 508 Lake Shore, and 511 Bathurst have also been re-routed onto various parts of Queen during the first stages of construction. Assuming all goes well, King and Lake Shore cars should return to their previous routing through the area by July 24th (though there will continue to be a diversion at Shaw Street). In the meantime, however, the stretch of Queen between Bathurst and Spadina has become quite the spectacle as the streetcars bunch up while waiting to turn at the intersections on each end. 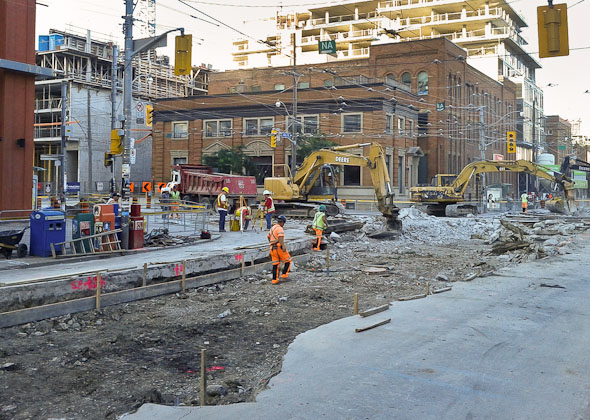 Just after 7:30 p.m. yesterday, one would have been easily fooled into thinking that it was still the midst of rush hour. Naturally, some business owners have complained about the construction, but they can at least take heed in the fact that, even if delayed, the TTC says it will have the work completed in a relatively short period of time.

In other words, I'm not whining so much as offering a warning. Those who rely on the affected routes surely already know what a nightmare their commute has become, but others might want to avoid traveling through the area for the next little bit, unless they plan to do so on foot, which tends to be the fastest way when things get backed up.

Check out a few photos of the construction below. 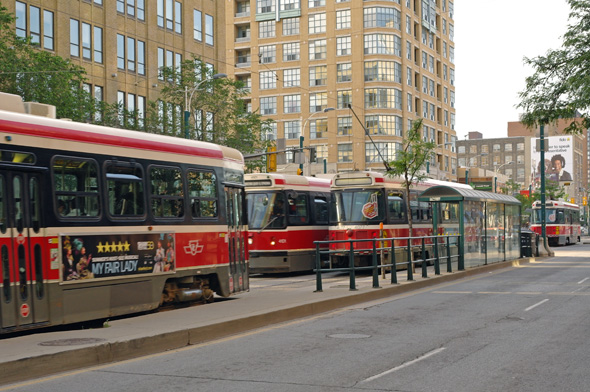 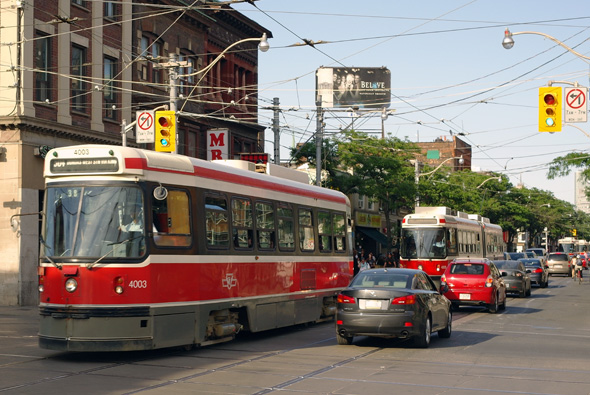 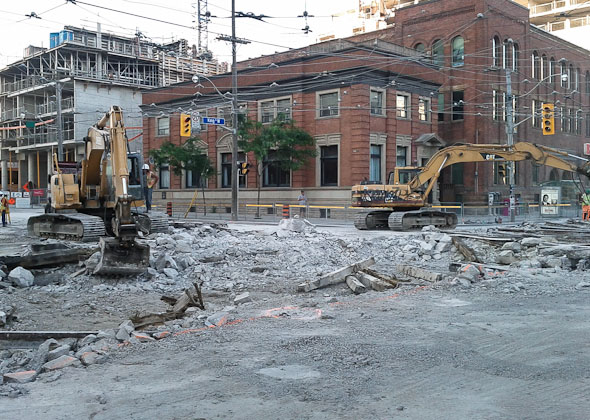 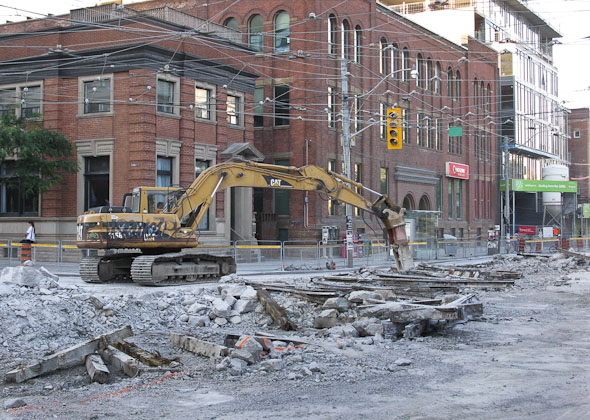 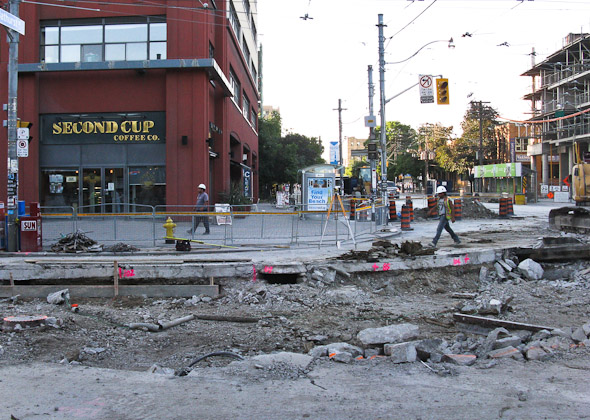 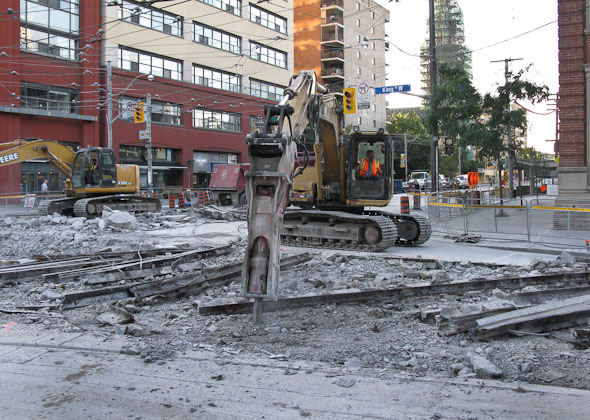 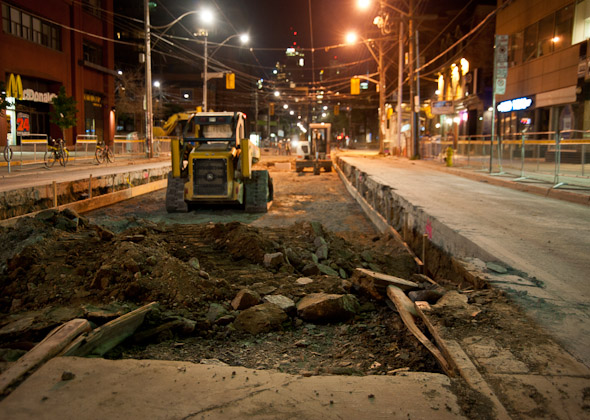 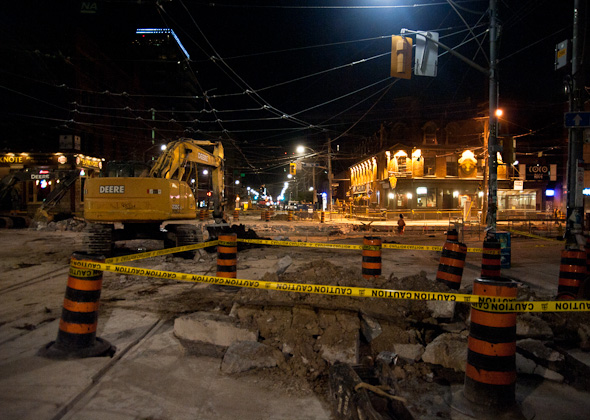 Photos of construction by Christian Bobak / traffic shots by the author