The side of the Scadding Court Community Center facing Dundas has never been a pretty sight with its drab, grey concrete walls looming over the sidewalk just east of Bathurst Street. "It's an underused space," said Director of Development and Community Engagement Susanne Burkhardt, "there's nothing to look at, do, or see there, and there's been concerns about community safety."

A number of these problems have been addressed with the opening of a new market -dubbed the "Live Local Marketplace" - which launched publicly on June 17th and has filled the space with brightly coloured shipping containers.

Instead of pop-up booths and tables, street vendors, or storefronts; this market features repainted, re-purposed shipping containers that are now home to small, local vendors in an effort to revitalize the area. 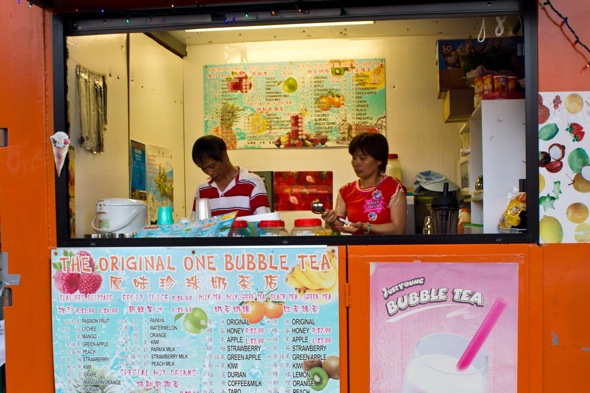 "This gives really small vendors the opportunity to get space in downtown Toronto, which is typically very expensive," explains Burkhardt, "so this is a great opportunity for someone who wants to test out an idea, someone who maybe is new to Canada and doesn't have a lot of capital, or for a young person who is trying to launch a business."

According to Burkhardt, the cost to the vendor for the space works out to about $10 a day, or a little over $3,500 a year - which is an absolute steal for a downtown location.

The launch of the market did not, however, come without its challenges. "The city didn't quite know what to do with the booths," explains Monforte Dairy employee Ben Szoller. "Are we a restaurant? A marketplace? How is it coded, how do we observe public health? So the location came with a bit of problem solving, but it's been a real pleasure so far." 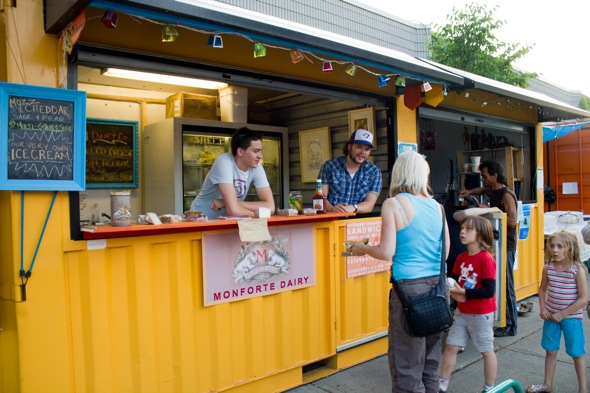 "This is a place [our loyal customers] know they can come find us and get cheese. We always have a fridge full of cheese here, but on top of that we have the opportunity to do some other stuff as well, like make some grilled cheese sandwiches, soups, stuff like that," Szoller tells me, gesturing to the grilled cheese he is preparing for a customer while we chat. 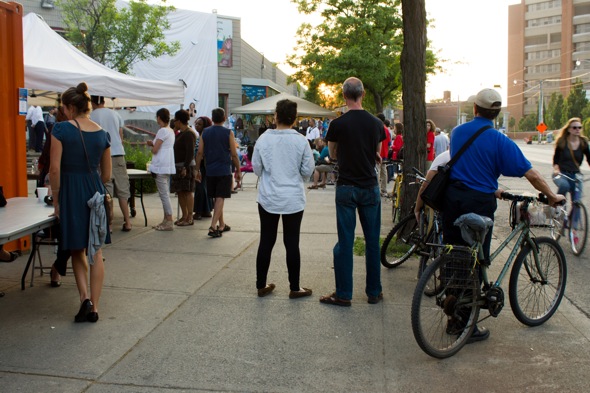 The most interesting part of this idea, to me, is the potential for this type of market to spring up in other underused areas of the city. Burkhardt tells me they've already thought of that. After all, the units can be easily bought and the only thing that's needed is a place to put the storage containers, and someone to coordinate the activity.

"There are areas in the city that could benefit from these," said Burkhardt, "so we're not just doing this with our own view, but doing it with the potential to create something that could go city-wide later on down the road." 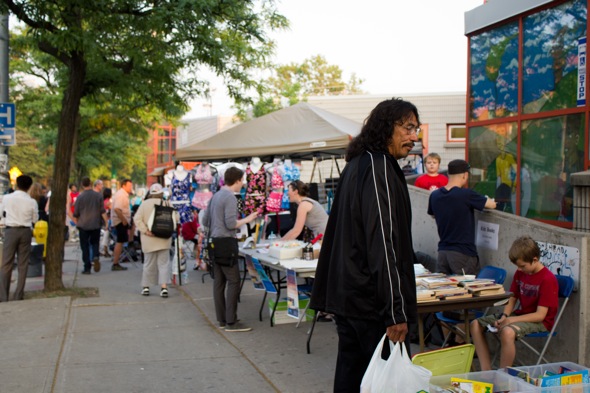 The Live Local Market is typically opened Monday to Friday from 11 a.m. to 7 p.m. and Saturdays from 10 - 6. During the Summer, the market will remain open until 10 p.m. on Fridays, featuring an outdoor movie, music, and table vendors as well.