The top five Toronto buildings of the last 10 years

Last week, the Star's architecture critic, Christopher Hume, took to the task of listing off what he thinks are the most beautiful Toronto buildings that have been completed in the (still young) 21 century. Like any list of this kind, it's bound to generate some discussion and disagreement (a similar list by our own Rick McGinnis certainly did). But while I'm not a huge fan of the use of video to present his selections (it essentially quashes any direct feedback on account of the lack of comment threads), for the most part, his selection criteria strikes me as sound — yes, even when it comes to his choice of the Michael Lee Chin Crystal as the third place.

And yet, nevertheless, my list would be completely different. Part of this is a reflection of the sheer amount of buildings there are to choose from, and part of this is because I think that, aside from the selection of the ROM, Hume's choices tend to be fairly conservative. But, let's be honest, one of the chief purposes of lists like this is to inspire counter suggestions, so I'll take the bait and put my own top five together. Lead photo by Tom Ryaboi. 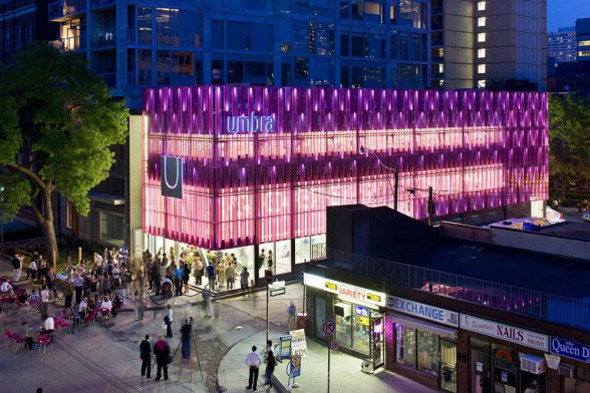 Umbra Building (2007, Queen and John area)
An adaptive reuse project, I always think the Umbra Building represents a level of architectural flare — it's hot pink, after all — that Toronto has been hesitant to embrace. Photo via Kohn Shnier Architects. 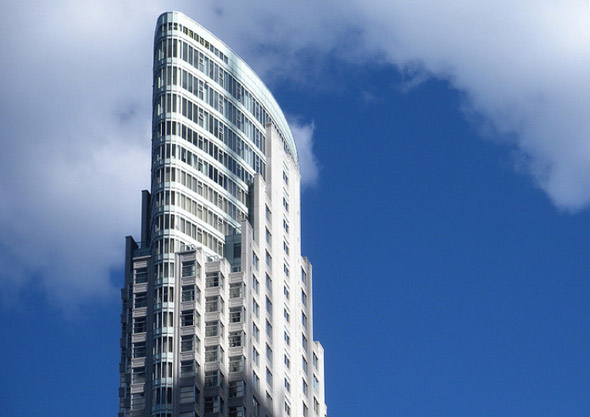 (2007)
The top of building gives a nod to Deco masterpieces of the 1930s, while the base rises out the old Dominion Bank Building (built in 1914) — there's a lesson to be learned about preservation and innovation here. Photo by wintorbos. 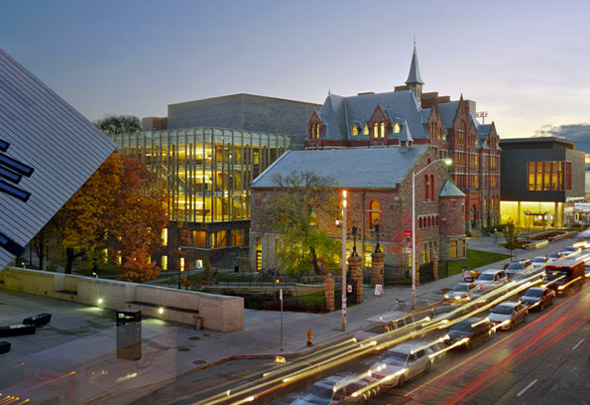 (2010, Bloor between Avenue Road and Bedford)
Although not as bold as its easterly neighbour (the ROM), the way the new buildings wrap around what was once McMaster Hall is understated and elegant — while the interior of Kroerner Hall is just stunning. Photo via KPMB Architects. 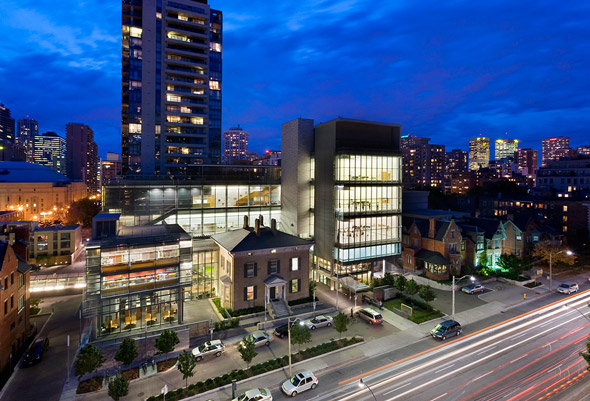 (2006, Jarvis, south of Wellesley)
It's all about what this building looks like in the evening: a transparent gem on what was once Toronto's prettiest street. Photo by Tom Arban.

The Sharp Centre for Design at OCADU 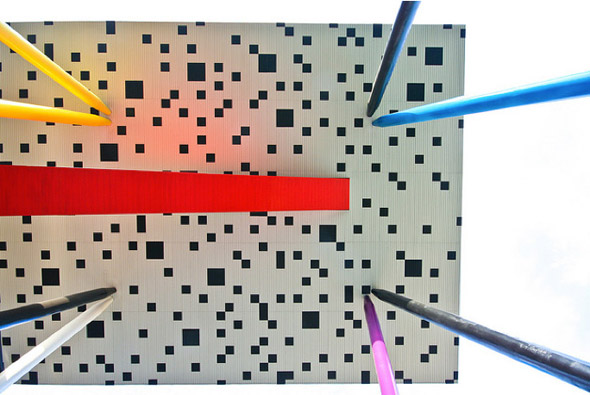 (2005, McCaul south of Dundas)
Surprisingly, Will Alsop's building on stilts has never been as divisive as the ROM. Perhaps that's because it's the perfect centrepiece for a school whose focus is on art and design. Photo by Scott Norsworthy.

What buildings would you add to (or subtract from) the 10 above?