The five ugliest Toronto buildings of the last 10 years

So Christopher Hume has now finished his list of Toronto's worst buildings constructed in the 21st century, and I suspect his choices are bound to be more controversial than those that made the top five list. In fairness, it's a more difficult task to choose the downright ugly buildings during this period — not because so many recent buildings could be called beautiful, but because there's an increasingly large stable of mediocre residential and commercial developments in this city.

Despite their banality, it's not really accurate to label many of our bland glass condominiums ugly. Unremarkable, yes — but they're also generally inoffensive. Perhaps that's why Hume's list steers mostly clear of these structures. With the exception of one nominee, he chooses buildings of some overall significance, whether this be based on location or merely reputation. Interestingly, unlike his best buildings list, Hume seems less concerned with context and urban design when selecting his worst offenders.

Unlike the best buildings list, which I completely replaced with my own, there are only two of the above buildings that I really disagree with. First and foremost, the Four Season's Centre for the Performing Arts. While it's far from what an Opera House could or should be, it's more disappointing than it is ugly per se. And, the west-facing wall is quite the opposite altogether (which Hume notes). I also can't agree with his number one choice, the Trump Tower. Again, I don't love this building — or at least the renderings of it — but Toronto's skyline currently lacks a bold spire, so I'll take a wait-and-see approach on this one. In place of these two, I'll go with... 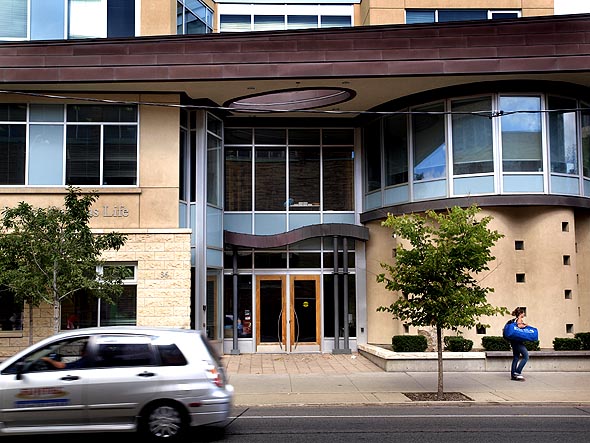 As noted previously, this build is just a mess. The confluence of different styles is actually almost comical. 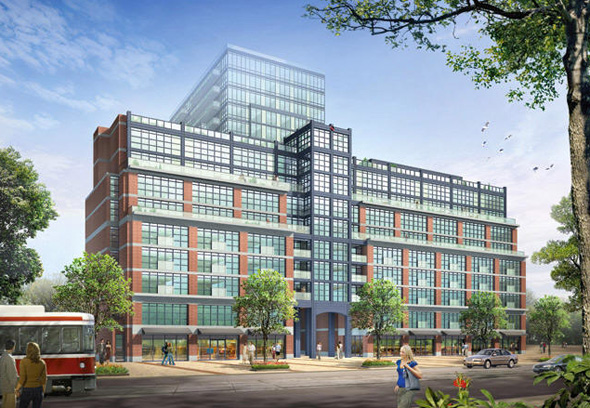 Hume's got an unfinished building on his list, so I'll replace it with one. Every time I walk along West Queen West, I'm struck by what a disaster this development is. Although certainly ugly in general, its worst crime is that the cold facade bears virtually no relationship with the historical buildings in the area whatsoever.

What recent buildings would you nominate as Toronto's ugliest?