Inside the Tollkeeper's Cottage at Bathurst and Davenport

Toronto's Tollkeeper's Cottage, one of the older buildings on the Doors Open 2011 list, proved a fascinating venue to explore. In the mid 1800s, the Bathurst and Davenport area was mainly farmland, and quite far from the Toronto City limits. It was, however, home to a small cottage - known as No. 3 Tollgate - which was built on Davenport Road which was heavily used by travelers. The cottage is believed to be the only surviving tollgate from the 1800s in Canada.

During my visit on Saturday, I discovered that tollkeepers - who were all men - were paid so poorly they often took second jobs elsewhere, leaving their family to collect the tolls from those passing through.

"They never let a women take the job, they just let her do the job!" one volunteer exclaimed, drawing laughs from the crowd. 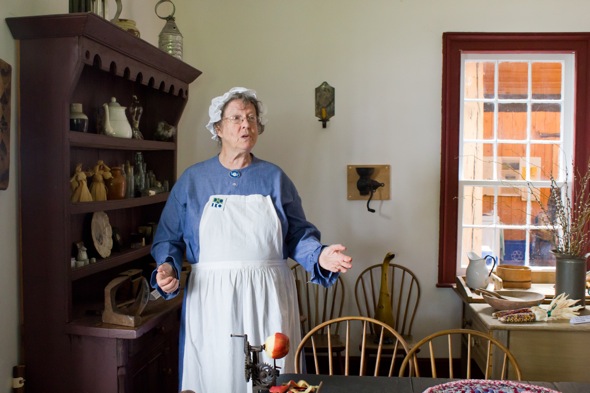 The toll itself varied from one to a few pennies - it was less for those traveling by foot, and much more expensive for those riding in coaches or traveling with a herd of animals.

The cottage has been furnished to represent 1860, when a family of nine lived in its tiny quarters. I was amazed by the thought of so many people crammed into such a small, modest space. 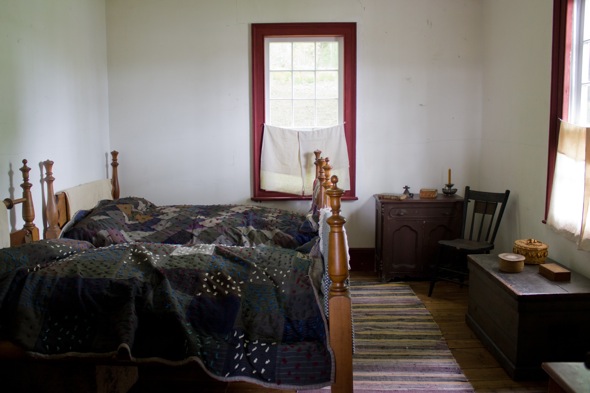 Although the volunteers are lively, the history interesting, and the artifacts enjoyable to look at, the real draw for this location is the cottage itself, which has been completely restored to look as it would have in the mid 1800s. There were no records for volunteers to consult when restoring the Cottage - they were lost in 1881 when the York Township Hall burned down. Instead, a careful examination of the cottage helped guide the restoration process - for instance, when the floorboards were removed for cleaning, the location of the original hearth was discovered. Though now functioning as a small museum, the cottage still has a number of it's original elements including floorboards and woodworking around the windows and doors. 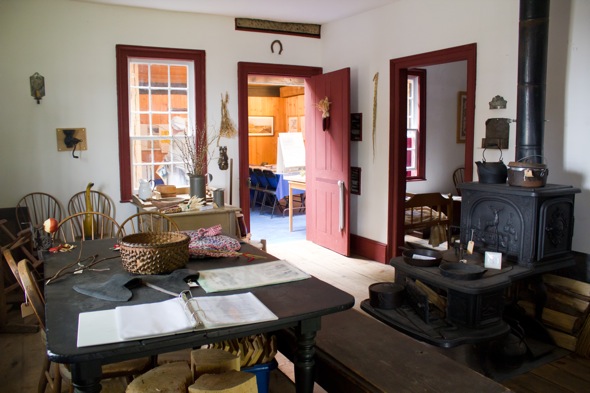 Near the back of the cottage, a small area of wall is exposed - I'm told what's unique about this building is it's rare vertical plank construction, which can be seen thanks to the exposed wall. At the back, a separate educational room has been added, where visitors can view old maps and paintings of the area; and outside there are two examples of what the road might have looked like.

In 2003, the City of Toronto declared the Tollkeeper's Cottage a heritage site, and volunteers are hoping it will be designated a National Historic Site soon.

The Tollkeeper's Cottage is located at 750 Davenport Road and is open today as part of Doors Open from 10-5, with the last tour beginning at 4:45. During the year, the Cottage is open to the public from 10-5 on most Saturdays for a minimum $2 donation.