Inside the Portlands Energy Centre in Toronto

The Portlands Energy Centre was a busy location at Doors Open yesterday despite the lack of public transit to the area. Upon arriving, visitors had to wait anywhere from five to 30 minutes to receive a basic safety orientation and some goofy-looking safety gear â including a helmet, goggles, neon vest, and earplugs â before beginning the tour. 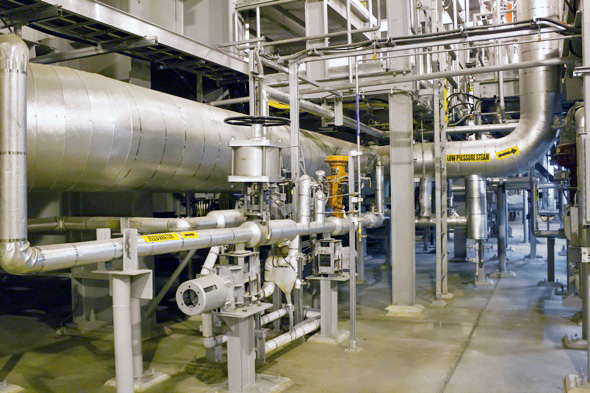 During this time, we also got a bit of background information on the plant. The Portlands Energy Centre is a 550-megawatt natural gas electrical generating station located next to the now-defunct Hearn Generating Station on Unwin Avenue. I was surprised to discover this plant can run with a bare minimum of two employees, and only has twenty-seven all together. To put it into perspective, the Hearn had 600 employees. 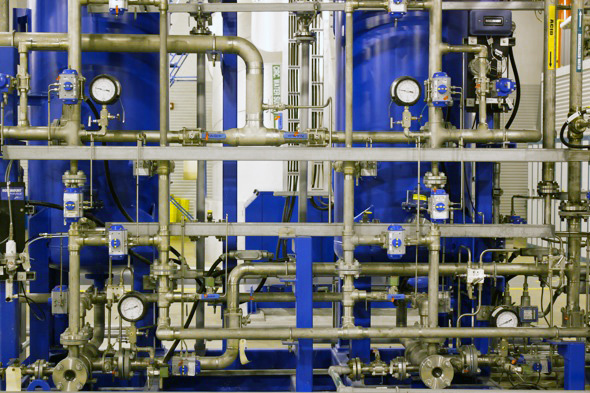 Once inside, the tour progressed quickly, not allowing much time for us to photograph the area. I took my time anyways, often lagging behind the group to snap photos, before being approached by a worker who commented on how much I seemed to "enjoy" taking photos of the facility. This struck me as a little odd, considering the theme for this year's Doors Open is photography (doesn't that mean venues want us to take pictures?), but the group was moving so quickly it seemed most didn't even have a chance to pull out their cameras, despite the fact that most my group was toting DSLR camera bags. 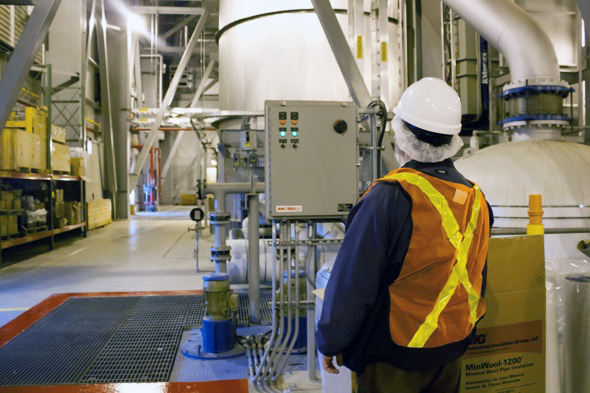 Although it was fascinating to see the Energy Centre in operation, I didn't really learn anything while inside the plant save for the few minutes we spent in the (quiet) on-site Water Treatment Plant: between the earplugs and the noise level, it was near impossible to hear what the guide was saying unless you were standing practically on top of him. Instead, I stuck around after the tour to ask questions and learn more about the Centre from volunteers who were outside. 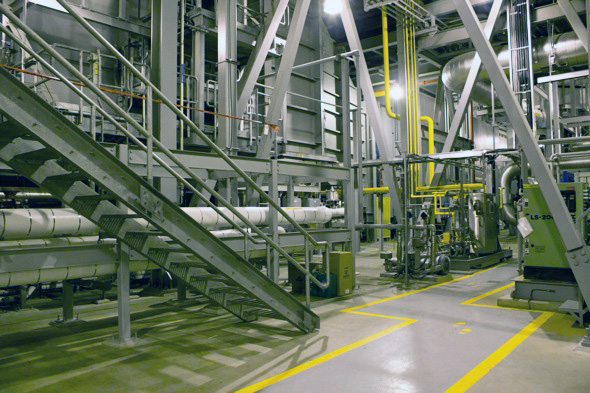 There was an environmental consultant on-hand aiming to dispel the negativity surrounding the plant's close proximity to the lake - she was quite informative, and quick to explain to me that this facility, comparatively speaking, is very clean. In fact, it's five times cleaner than coal plants - and although it's not cleaner than Nuclear plants like Darlington, it is leaving a smaller foot print, which was nice to find out. 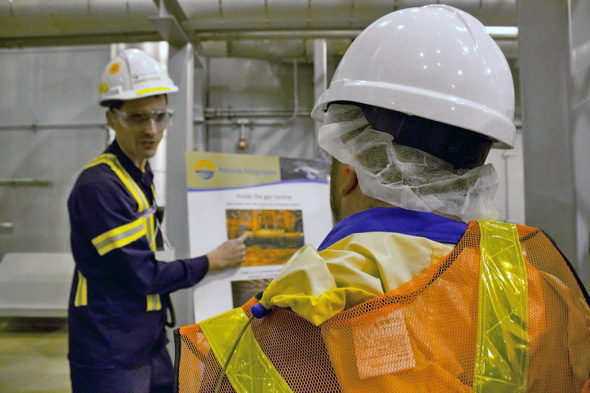 Sadly, the Portlands Energy Centre has chosen not to participate in Doors Open on Sunday - but I hope they will open again for the event next year, perhaps with megaphones for their tour guides so I can actually describe how the plant functions, and not just describe how it looks.