If you're annoyed by Rob Ford-themed graffiti, it's probably best to hit the "back" button right now. These pieces of the mayor â a.k.a. Fordzilla â eating the things he putatively hopes to dispatch with are a pretty harsh indictment of Toronto's municipal leader. Are they fair? That will depend on who you ask, of course. Certainly in the case of the spray paint, there seems to be some teeth behind the mayor's promise of a crackdown. On the other hand, when it comes to streetcars and bikes, it's not entirely accurate to claim that Ford has tried to eliminate them. He and his brother may not be fans of either mode of transportation, but the talk about dumping streetcars into Lake Ontario was, well, let's just say overstated. 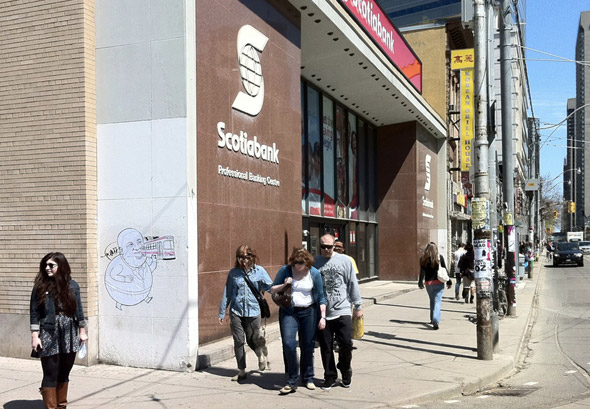 In fact, the other day the Globe's Marcus Gee argued (although not altogether convincingly) that Ford may turn out to be a bike-friendly mayor. What's interesting, then, is the degree to which many these graffiti-based criticisms of Ford are firmly rooted in his rhetorical choices. Given the mayor's own propensity for exaggeration, it's not really much of a surprise that street artists follow suit. Not everyone's going to like it, but a whole host of others will think it's sweet justice.

As for these paste-ups, there are six it total scattered around downtown. Their creator has asked to remain anonymous, but when asked what his motivation for putting them together was, he replied that "Mr. Ford seems to have pent up anger towards the bike lanes, streetcars, and graffiti around Toronto. I thought what better way than to make him a childish cartoon villain version of him eating all the things he would like to rid the city of."

Another interesting element of this exercise is what's captured in the video embedded below. If you've ever wondered how and when pieces like this are put up so as to avoid detection, it'll provide a somewhat surprising answer (at least to those who haven't seen Exit Through the Gift Shop). 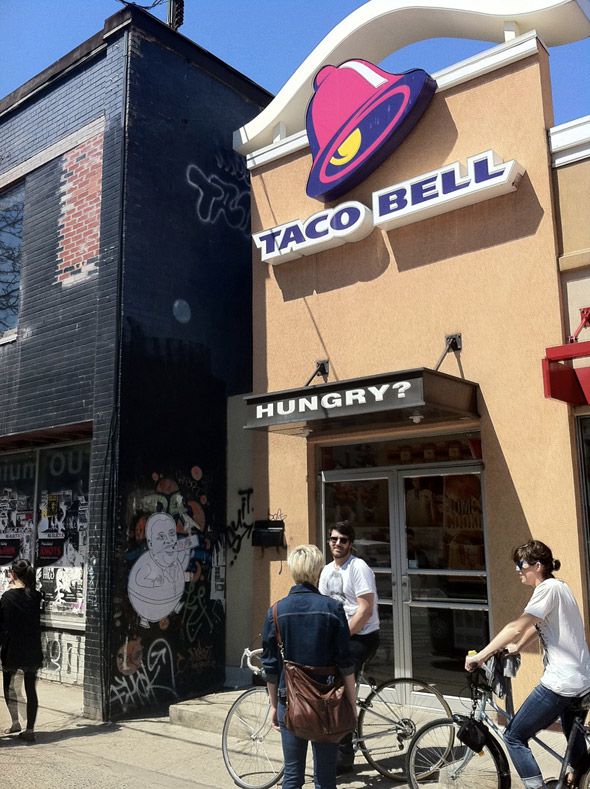 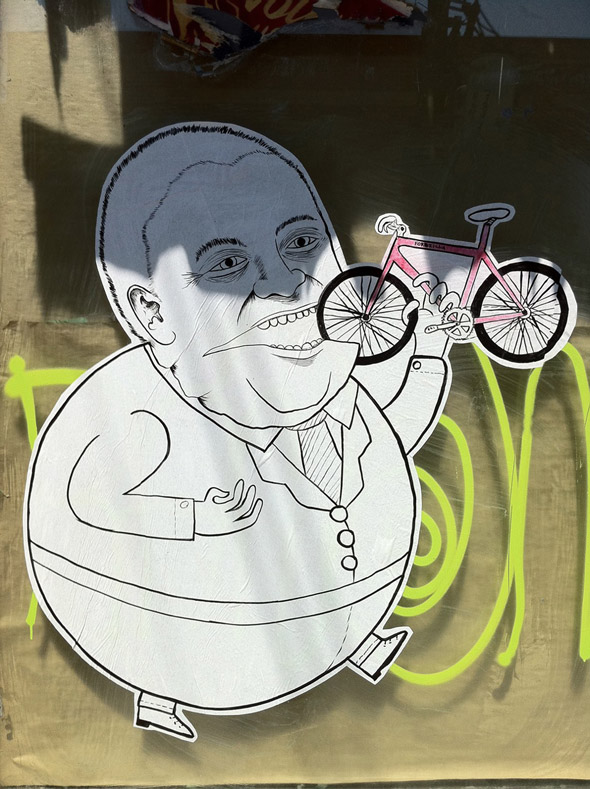 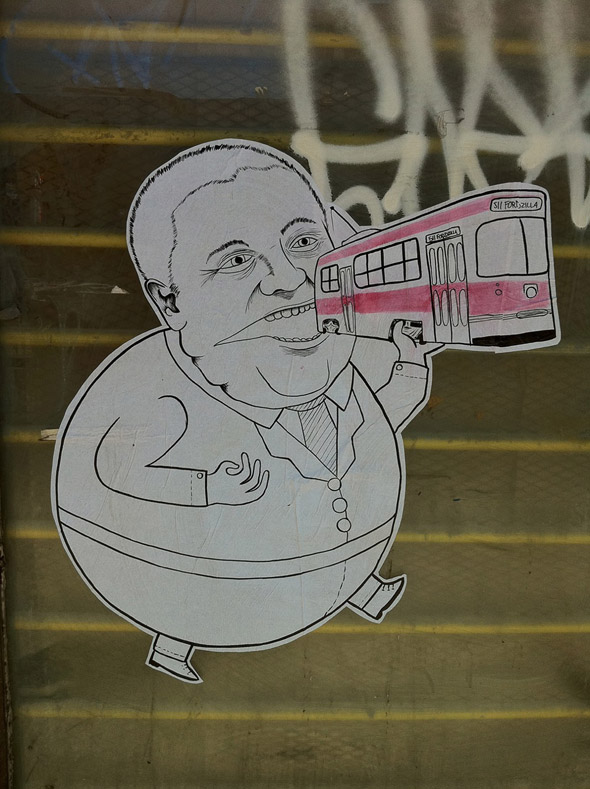 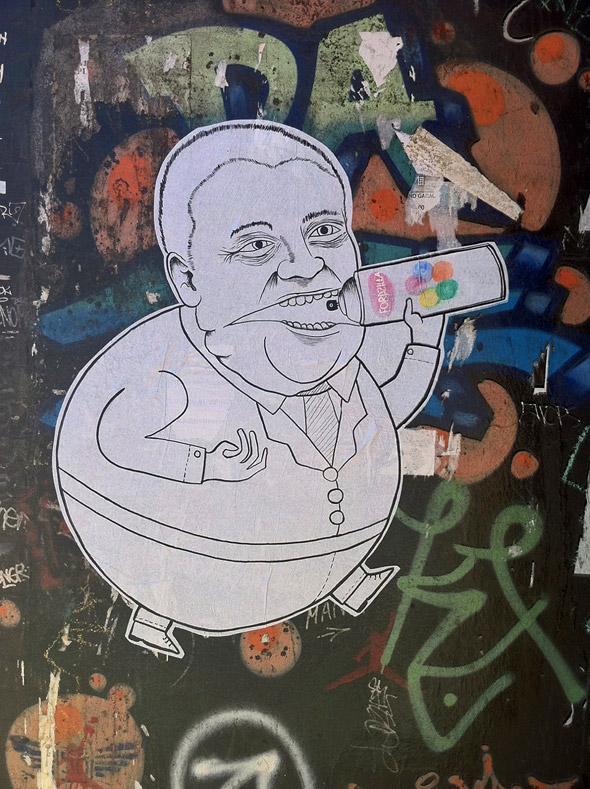