Doors open and closed at the East Masonic Temple

Any story involving the masons is usually pretty weird. Yesterday, at Doors Open Toronto, the Masonic Lodge in East York happily invited children to join the ranks of illuminated. A friendly clown welcomed kids with balloon animals and hugs, putting a somewhat comical spin on the age-old allegations of pedophilia within the core structure of masonry. 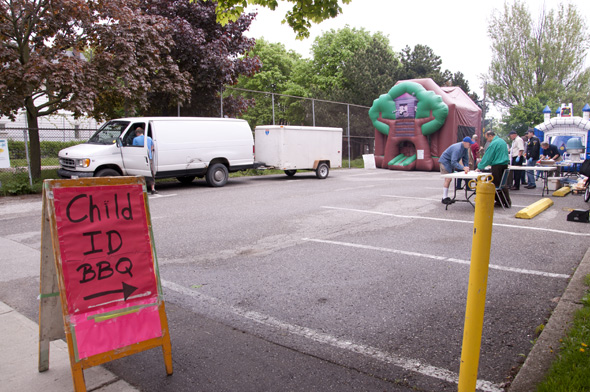 CHIP, the program started to create ID profiles of youngsters, including their DNA is presented rather innocuously with a blow up fun castle and a free BBQ. Conspiracy theorists might chuckle at the rather obvious reference to the "chipping of our kids" that is allegedly the cornerstone of plans to build a New World Order.

Inside the lodge itself, people of all walks are told to ask questions and learn about the grandeur of masonry. Okay, sounds good. So, I ask a head custodian of somesuch thing whether or not the iconic heart symbol is in fact Masonic in origin (the study of symbology contains many complicated origins and references), but I'm met with a disappointingly standard response: "Masonry is concerned with the ways in which the building of the temple of Solomon relates back to man's own architectural improvement of himself." Decidedly un-illuminating. 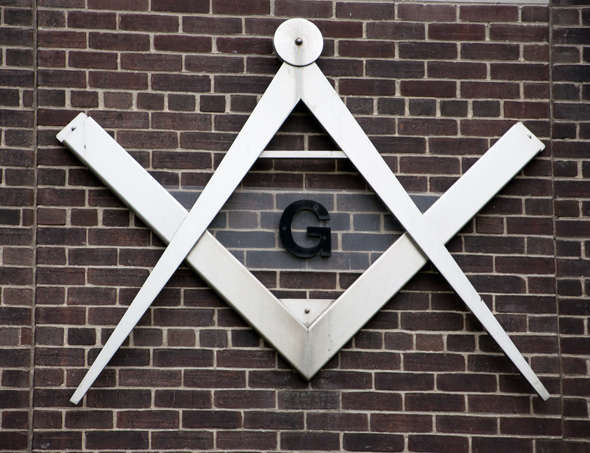 The "G" in the symbol above stands for knowledge (gnostic). Here it's seen to form an electrical resistance to the flow of light, which is a complicated but apt way of saying that Masonry is exists both to illuminate and to keep outsiders "in the dark." In other words, the doors at the East Toronto Masonic Temple are technically open this weekend, but they're not really going to invite you inside. 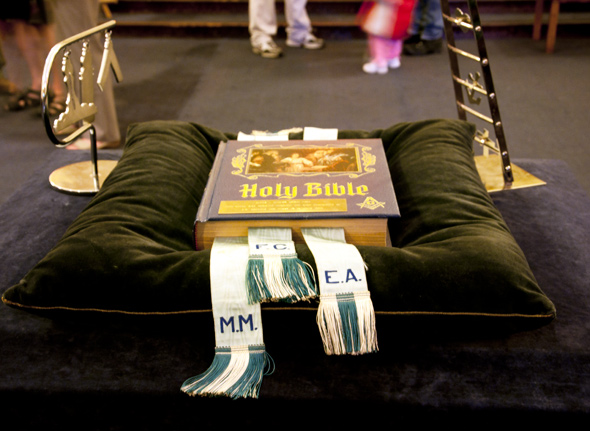 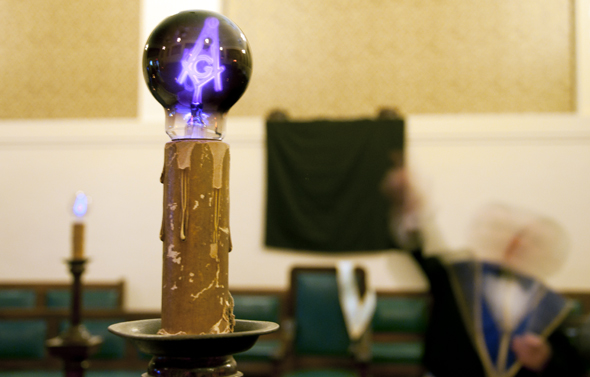