After over a year of delays and spiraling construction costs, the Bloor Street Transformation Project is almost finished â and just in time to keep one of its more publicized promises. Those walking along Bloor between Yonge and Avenue Road over the last few months have likely seen a variety of signs announcing the arrival of trees to the street this spring. One reads "Bloor Street will be Green - others will be green with envy" while another makes an obvious but appropriate joke at Brian Burke's expense: "By Spring 2011, there will be more 'leafs' here than in the Playoffs." 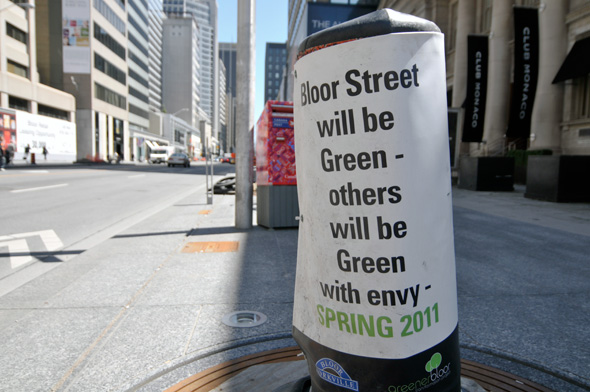 And there will be. As of this morning, about 15 trees had been installed along the strip that's occasionally referred to as Mink Mile. Over the course of the next week and a half an additional 75 or so trees will grace the an area that's been under construction for the better part of three years. Commissioned by the Bloor-Yorkville BIA with funding from the the City of Toronto, the Bloor Transformation Project was initially to cost just under $20-million, but problems with Hyrdo chambers and the installation of other street infrastructure like extra-wide granite sidewalks pushed the budget over $25 million. 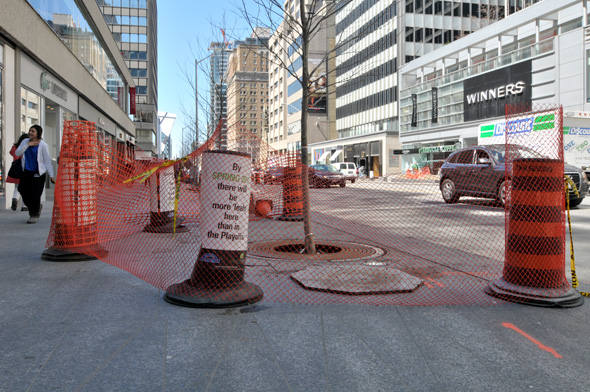 With the leaves yet to come in on the new additions to the streetscape, it still takes a little imagination to picture the street as it will look in a few months, but even in the absence any greenery the early signs are promising. This section of Bloor has always been more drab than one would think it'd be given the wealthy tenants in the area, and this "finishing touch" might just be the most obvious improvement of the whole project when it's all said and done. A street party is planned for June 19th to unveil the improved strip. 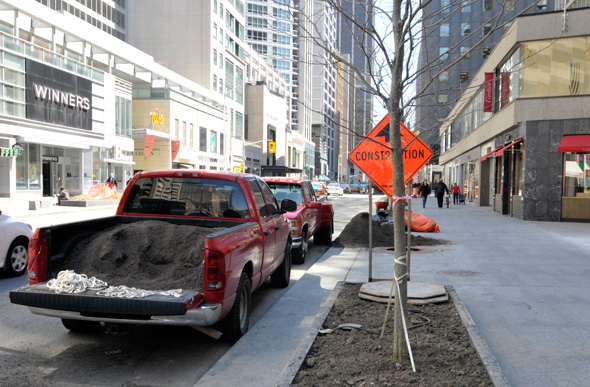 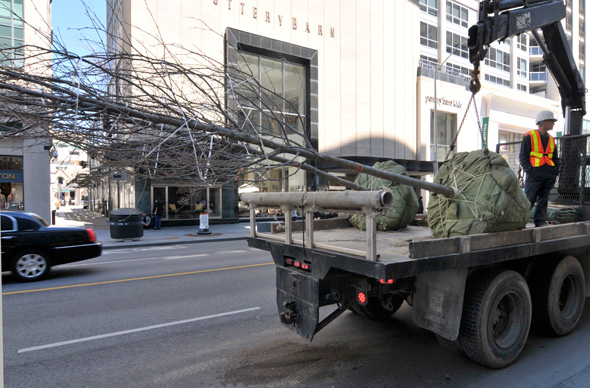 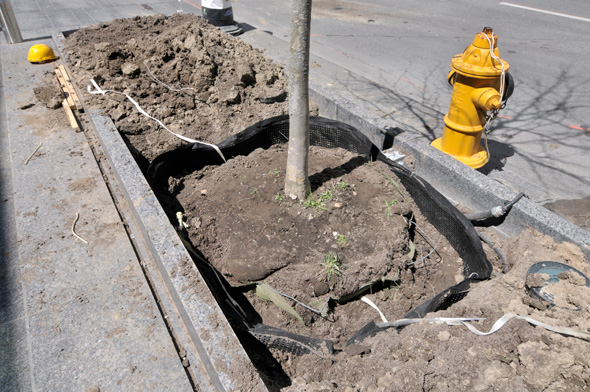 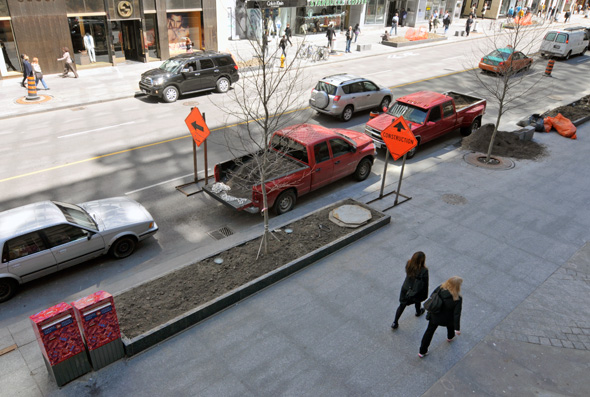