Three alarm fire at the Black Bull on Queen Street

A three alarm blaze has engulfed the building that houses the Black Bull Tavern at 298 Queen Street. Details are pretty sparse right now, but initial reports are that the fire started at around 9 p.m. in an upper level apartment on the west side of the building. It was originally classified as a two-alarm blaze, but was upgraded at 10 p.m.

Queen West in currently closed between Spadina and Beverley as fire crews work to snuff out the flames. Let's wish them luck. Opened in 1838, the Black Bull is one of Toronto's oldest taverns. 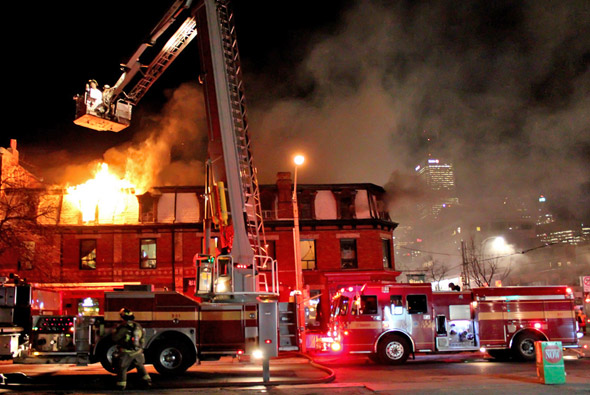 Update (11:00 p.m.): Reports are that the flames have been subdued and that some firefighters are packing up, though as of an hour ago it was still considered a "working fire." The Black Bull itself may have dodged the worst of the damage as the blaze seems to have been contained to the top floor, but we've yet to receive updates about what it looks like inside.

Update (11:15 p.m.): CBC Toronto reports that "more than 60 firefighters and 16 fire trucks" were sent to "tackle the fire" and that Emergency Medical Services confirmed that "one person is in critical condition." 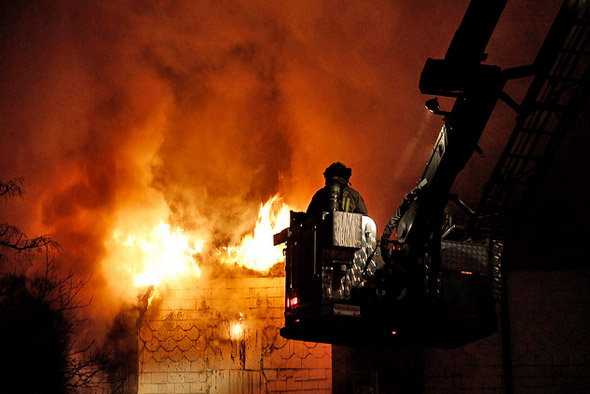 Update (11:40 p.m.): An article posted by Metro News notes that "the first-floor pub didn't appear damaged, but officials are expected to review the structural safety of the building before people are allowed to return." One would, however, suspect that there will be water damage to the bar and that the loss of the upper part of the building will complicate the business operations of the pub. As for the residents of the rooming house on the floor where the fire originated, they've been left homeless for now.

Update (12:15 a.m.): The Globe has some more information on the origin and outcome of the fire. It started in a third floor apartment, and sent two residents of the building to hospital, one of who had to be rescued by firefighters. Another resident of the building, Barry Coyne, claims that the "landlord had been trying to evict the man whose apartment caught fire for hoarding things there," but this observation was countered by firefighters claims that "there was no immediate indication of clutter in the suite." The paper also notes that the Black Bull appears to have escaped major fire damage.

We'll continue to update this post as we get more information. In the meantime, please send us your photos of the blaze. 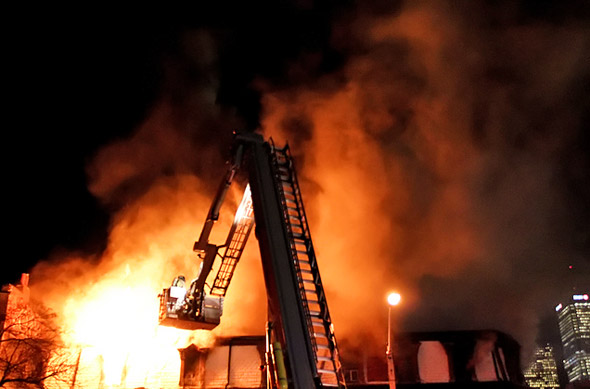 Photos one and three by poyanp, two and four by Shakethatchicken, all via the blogTO Flickr pool.