A visual history of the great Toronto fire of 1904

Toronto has lost many iconic buildings over the years. But, nothing in the realm of city planning or development has been as destructive as the Great Fire of 1904.

At 8:04 p.m. on April 19, 1904 a police constable on patrol in downtown Toronto reported the sight of flames shooting skyward from the Currie Building, which was located at 58 Wellington (near where the current TD Centre now sits).

Spreading rapidly, by 4 a.m. an area of approximately 20 acres was destroyed by flames. To put that into some perspective, Ground Zero, the site of the former World Trade Centre in New York City, is about 16 acres.

It could have been much worse, however. Because the fire started after regular work hours, the affected area was virtually empty. In fact, though it's hard to believe, there were no fatalities associated with the blaze. It's also somewhat remarkable, given the inferno it was reported to be at its height, that the blaze didn't spread further north and and east.

Credit goes to the over 250 firefighters—some of whom travelled from Hamilton and Buffalo to help—for saving other areas along King and Yonge streets from being engulfed by the flames.

Here are some statistics about the fire:

However, nothing captures the destruction like a visual history. Here are some photos of the Great Toronto Fire of 1904. 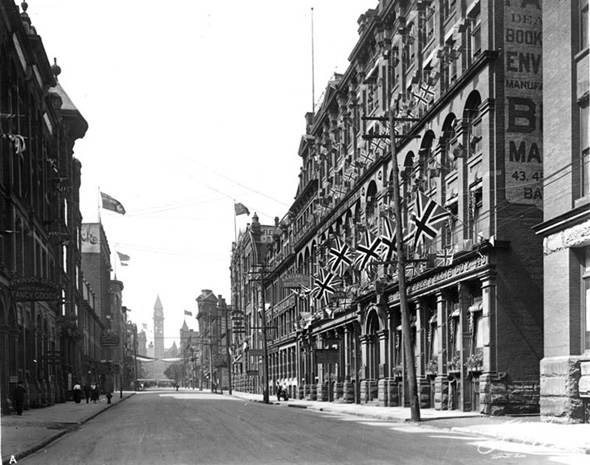 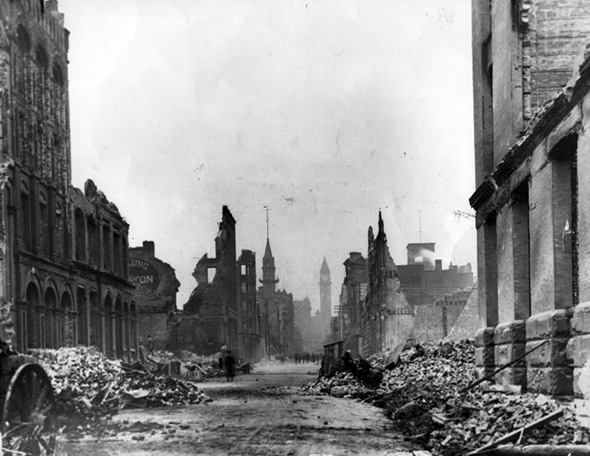 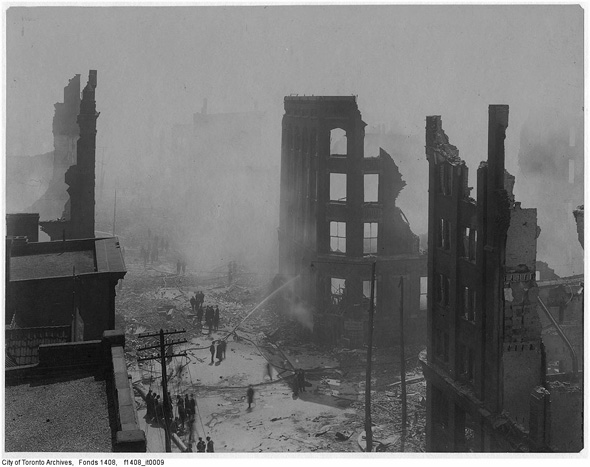 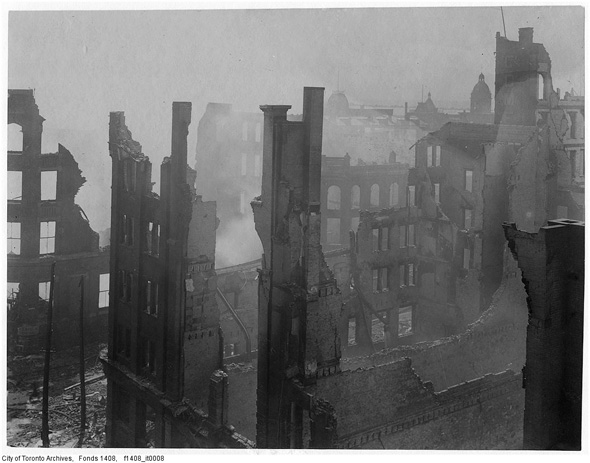 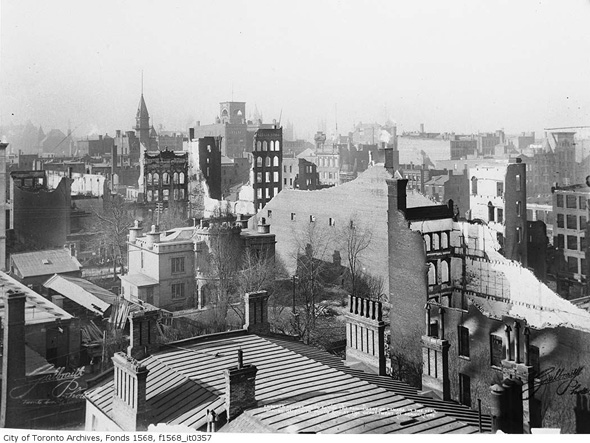 The aftermath as seen from the roof of the Queen's Hotel 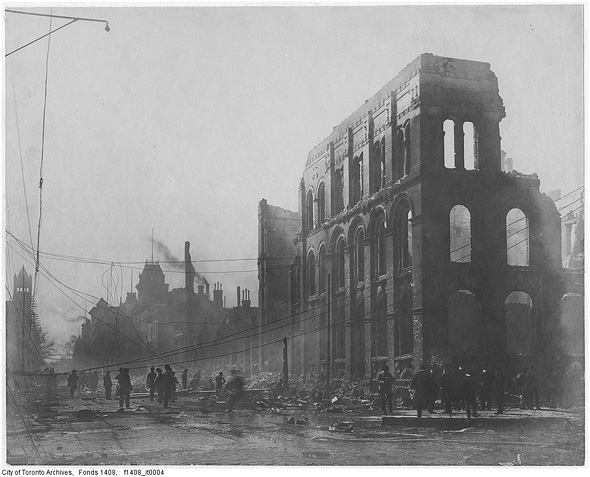 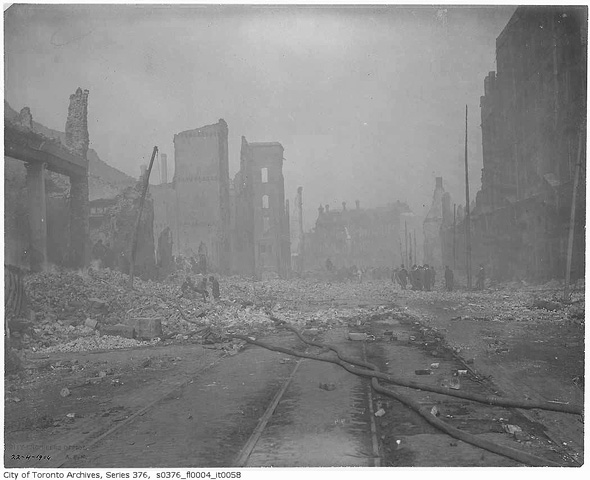 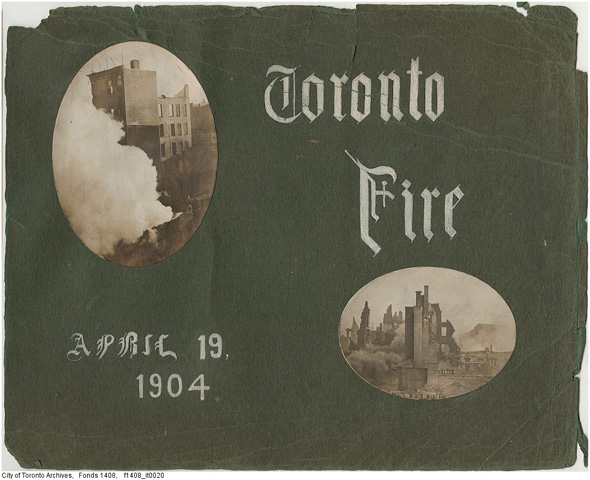 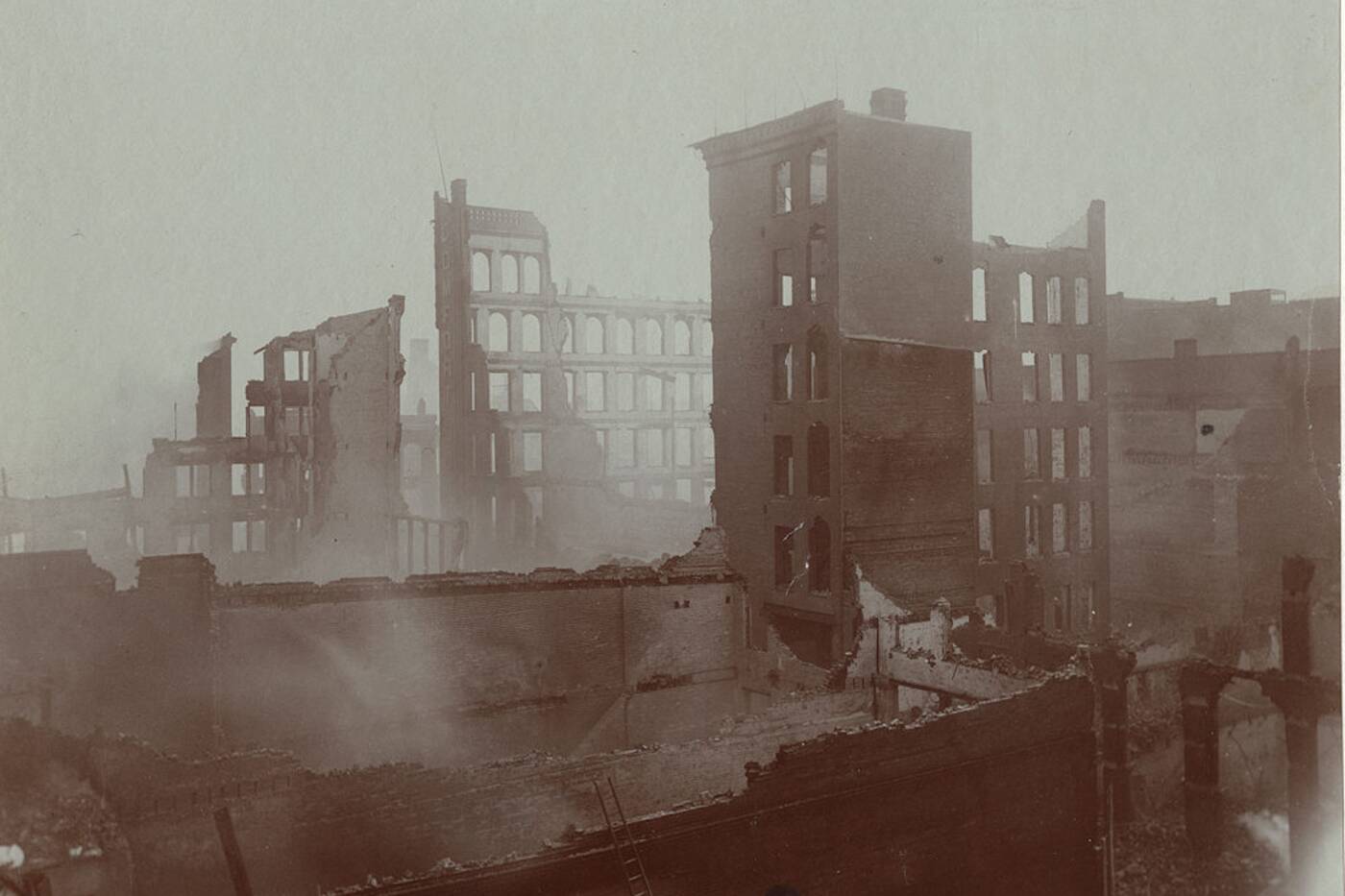 East side of Bay Street at Melinda

The Ontario Archives and the Toronto Archives. Written by Derek Flack.