Rob Ford continues to be a popular subject for Toronto's guerrilla artists and those into Photoshop shenanigans. The latest in what's become a long line of Rob Ford-related street art projects are these Gravy Train ads that have gone up in the east end. We got a tip about them earlier today, but when I tried to get more information from the mysterious Ivus, my email inquiry bounced back.

Apparently one of the Evian-based ads is near Queen and Pape, though a cursory investigation around the intersection didn't reveal its specific location. The billboard-sized ad, if it's still up, is at Broadview and Eastern. Normally I'm enthusiastic about this sort of stuff, but these particular mock ups don't really do it for me. Maybe it's the fat jokes or the recycled photo from NOW Magazine, but I think the cleverness of the idea â a Gravy Train ad campaign has real potential â is undermined by questionable implementation. 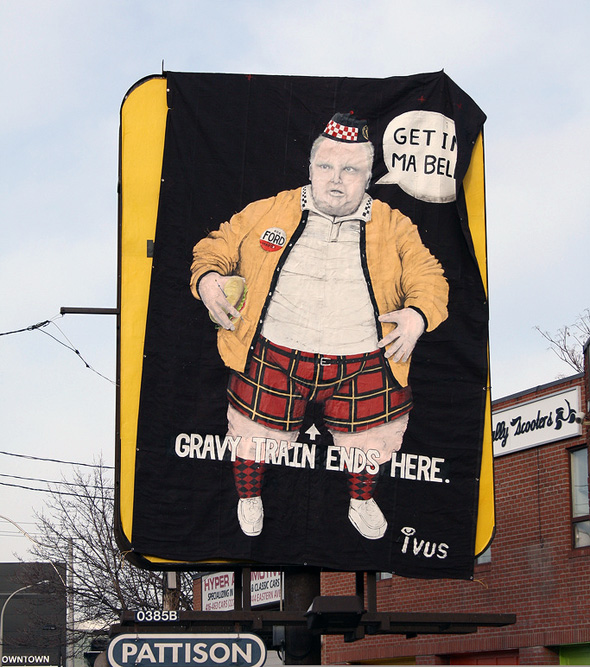 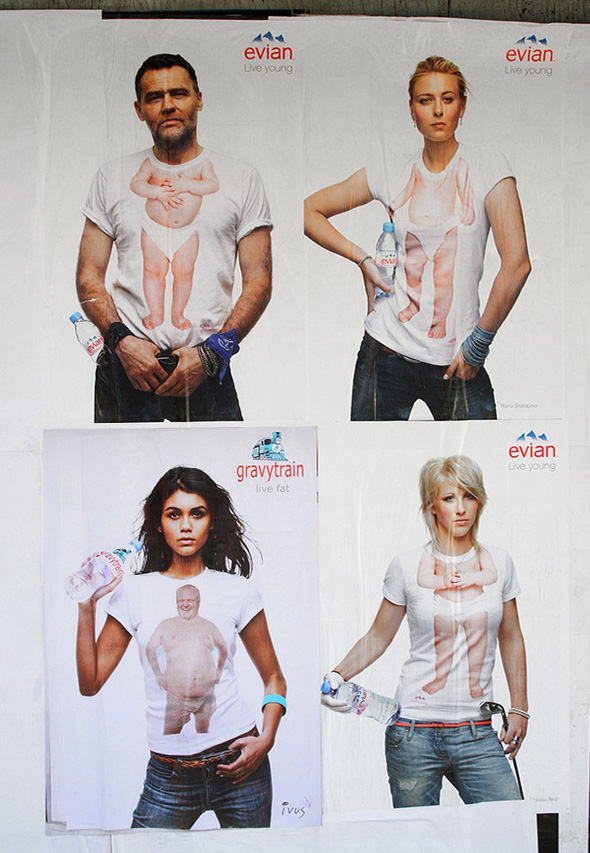