Back in 1984, Toronto was set to get a new Opera House designed by acclaimed architect Moshe Safdie. It was to be a daring structure on the order of few projects the city has ever seen, but like a number of others that would have changed the face of the city, the plans went sour when funding was scaled back. Even though the land had been acquired (at Bay and Wellesley) and Safdie was willing to work with the diminished budget, the Ballet-Opera House board wasn't interested in proceeding with a less expensive building, and the project died in 1990.

The former site of the Ballet-Opera House is now outfitted with a condo development, which is perhaps a little sad — the Four Seasons Centre for the Performing Arts is anything but remarkable (from the outside, at least) — but also a touch fitting. In 2009, it was announced that Moshe Safdie would return to Toronto to build a waterfront condo for Great Gulf Homes. 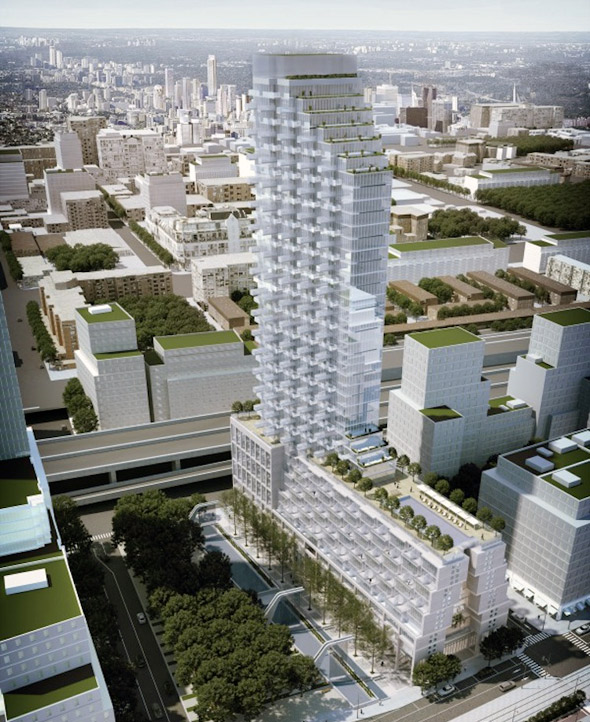 And while a condo — no matter how nice it is — just can't compete with something like an Opera House, the initial reaction to Safdie's Parkside project was that it'd play a significant role in the revitalization of Toronto's waterfront. That sentiment holds true today. Architects of Safdie's clout don't often do residential commissions (it's his first since designing Habitat 67 in Montreal), and the building he's proposed is anything but your typical glass-box affair.

From the get-go Safdie's design was to make a bold addition to the eastern skyline, but news related to the project had pretty much completely dried up following the distribution of the initial renderings. Until today. Urban Toronto got their hands on a new set of renderings that reveal a design that's arguably even more dramatic than before.

Although the basic configuration (podium/tower) remains the same, the new renderings show a far more prominent wedge-shape at the top, perpendicular balconies, and an open-air passageway through the base of the building. There's no doubt that some will dislike the boldness of the tower, but if nothing else the plans for Parkside underscore just how incredibly boring the majority of Toronto condos are. More like this, please! 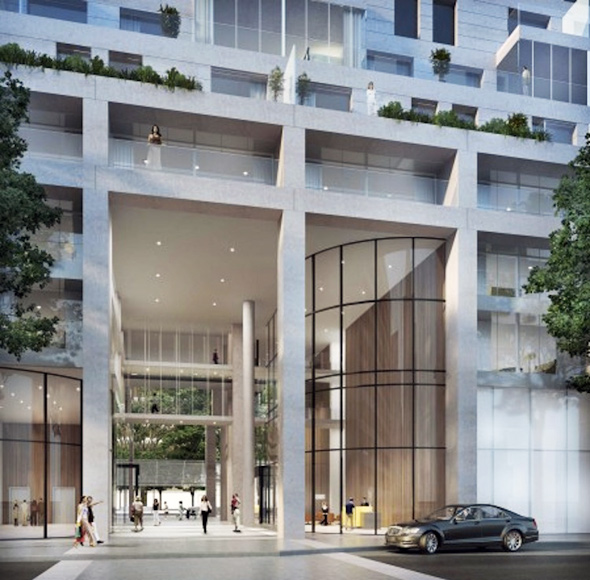 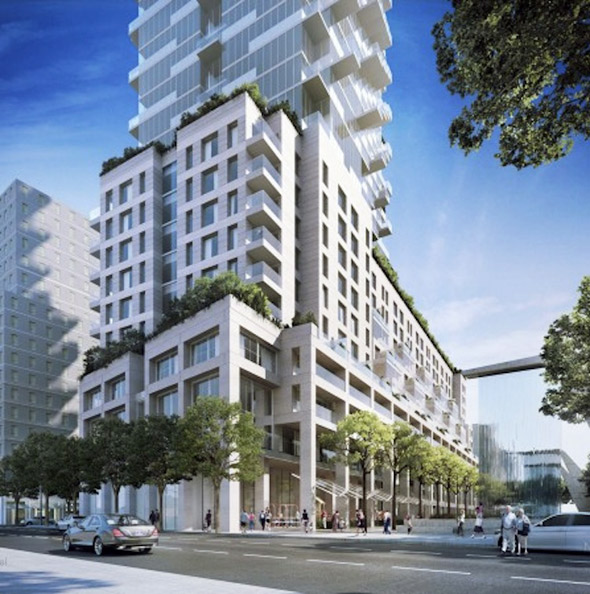 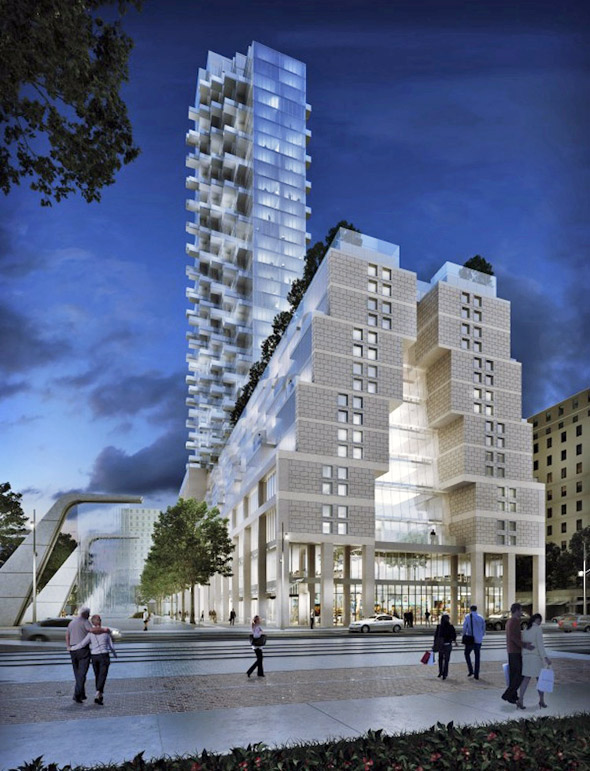