Photos of the National Motorcycle Show

After reading last week's Toronto Star article, Ten reasons to ride a motorcycle this year, I was intrigued enough to check out The National Motorcycle Show at Exhibition Place this weekend.

There were lots of custom and exotic motorcycles, a handful of scooters and plenty of accessories for those who ride. Since getting my M1 license last week, it's just a matter of time before I get my first real bike. The show gave me a look-see into the thrilling world of motorcycles I had previously only held a passing curiosity for. 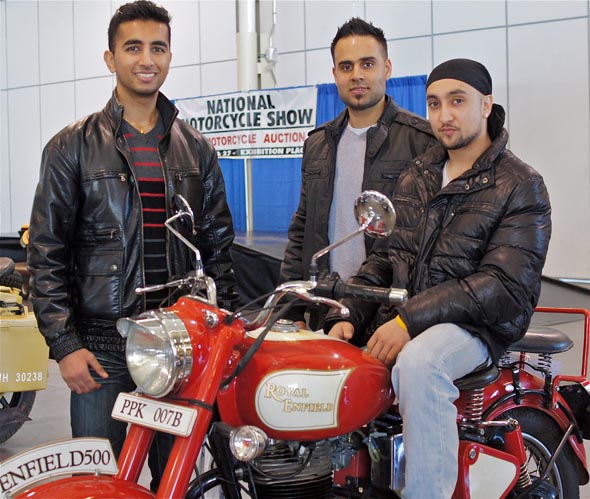 Shortly after arriving, I met three guys from Brampton who were enamoured by this 1969 Royal Enfield 500cc motorbike. This bike was built under a British company and shipped from New Delhi to Toronto. 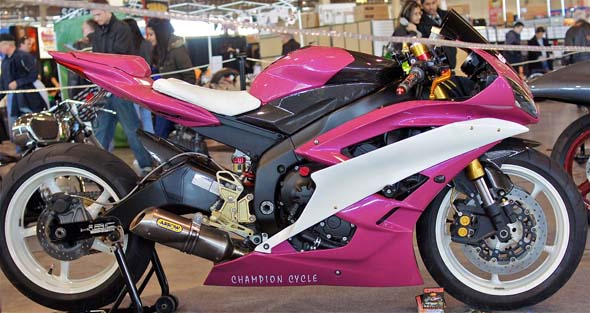 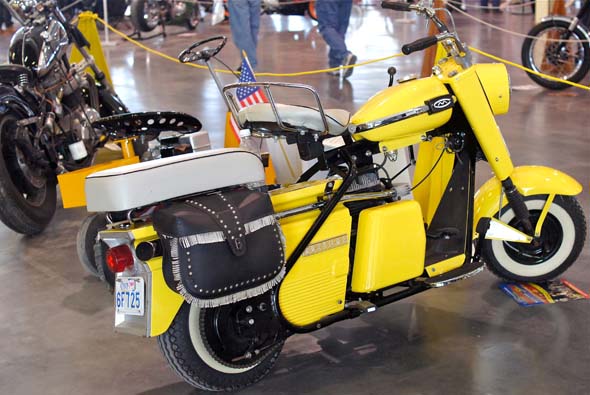 If pink's not your thing, this yellow 1960 Cushman scooter might be more your speed. 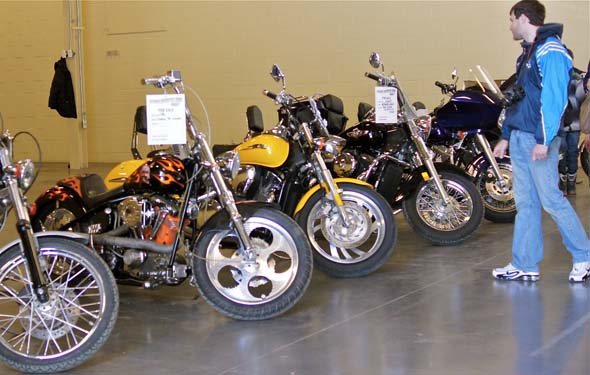 A section of the Better Living Centre, where the National Motorcycle Show was held, was dedicated to privately owned motorcycles for sale. 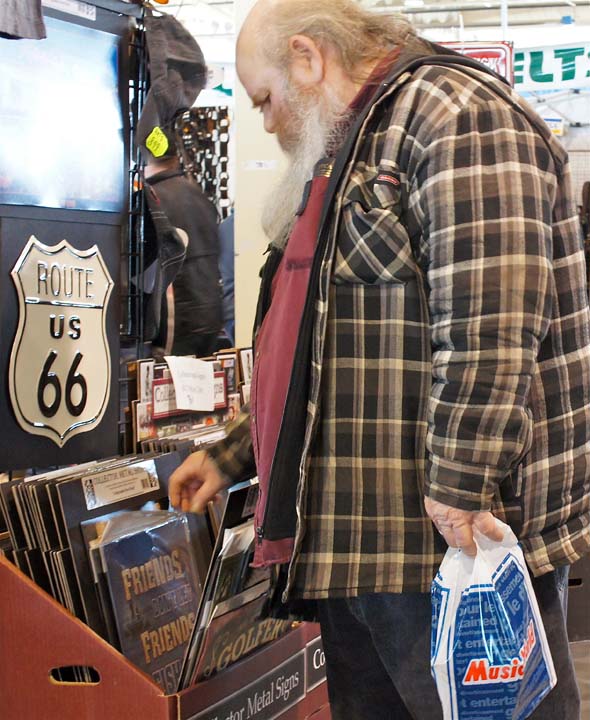 There's quite a culture of bikers that congregated at Exhibition Place during the weekend for this show. Many appeared to come from the Harley set. And there were plenty of Harley bikes on display. 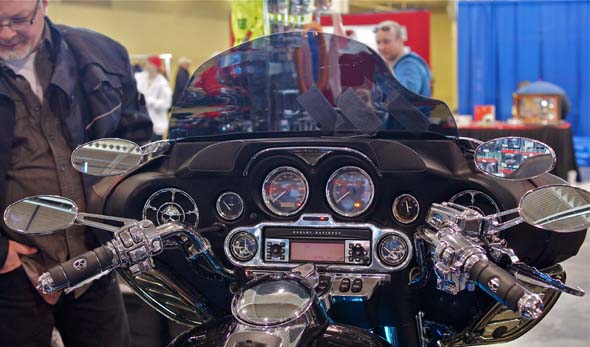 I also got to see some pretty fun custom jobs, including these lowrider bikes: 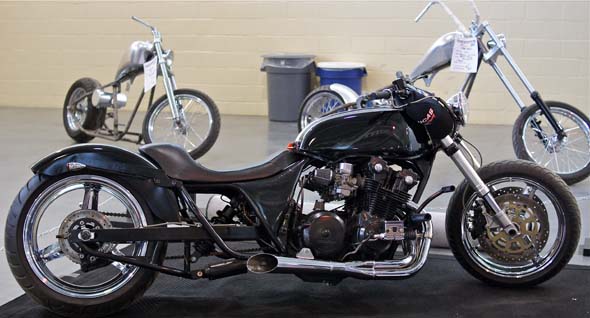 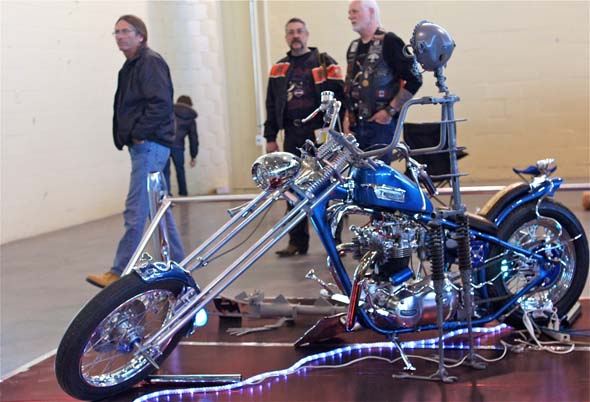 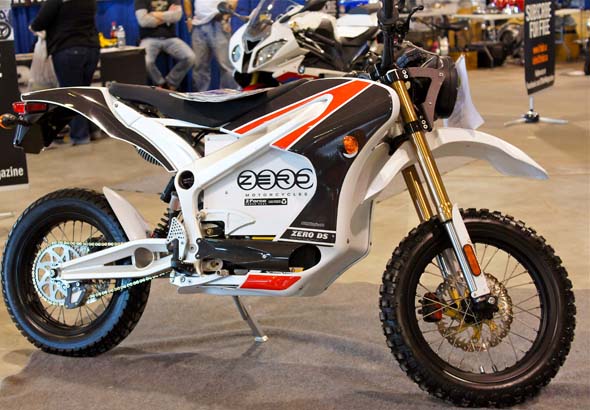 As a newbie rider, this Honda CBR125R caught my eye. Turns out it's one of the demo bikes used by Learning Curves, one of the local rider training facilities represented at the show.

Marie from the Learning Curves booth allowed me to sit astride this bike -- a first for me -- and get a feel for what I might be getting myself into. It weighed about twice as much as I do, but it felt well balanced enough. I think might be better suited with a sporty scooter to start. Perhaps I'll reserve judgment until I take a training course and get to experience first-hand what it's like to control a motorcycle. 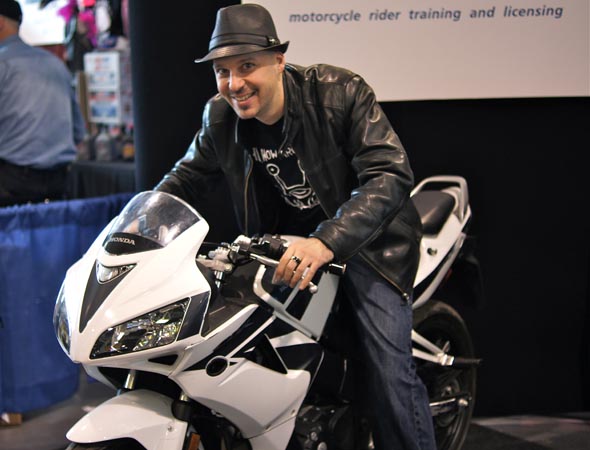 In the meantime, the National Motorcycle Show offered me a glimpse into this subculture.