A four-alarm fire at Hydro One's Richview transformer near Pearson International Airport has created a massive black cloud of smoke that forced the temporary closure of the 401 this afternoon and has resulted in the evacuation of residents on nearby Longbourne Drive. So far the smoke has proven more visually dramatic than dangerous, but about 80 firefighters continue to battle the blaze.

Power remains at the airport (some reports indicate through a generator), and though there are some road closures in the area, according to CP24, "Toronto Fire Services says the smoke isn't posing a health hazard to the public...it's believed that mineral oil that is used to cool transformers is fueling the blaze."

Here's a few photos of the scene from earlier today. We'll add more as they come in. 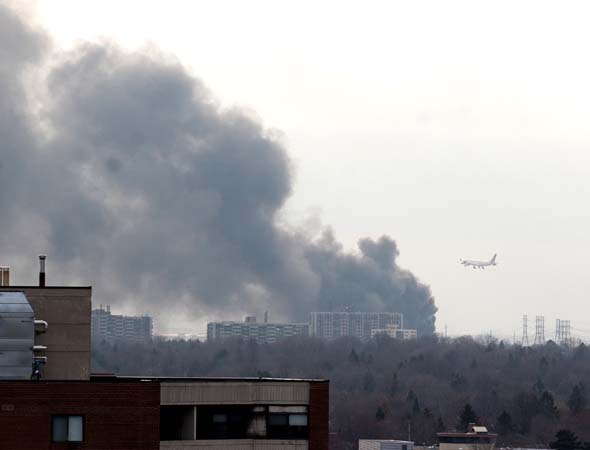 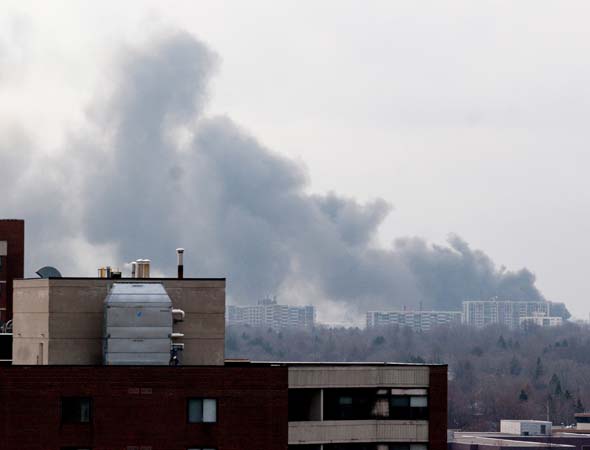 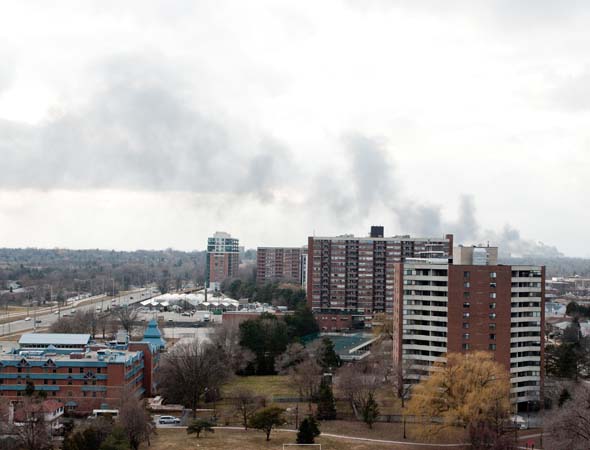