Get ready for the snowstorm of the century! Or at least of the last two years. Maybe it's because I want to fit in, but I just can't help getting in on this storm's hype machine. Even if we're only talking about 25-30 centimetres of snow in Toronto - which isn't that much, is it? - it seems the more the storm is mentioned, the bigger it gets. So here's my contribution.

It'd be an understatement to say that the storm has captured the media's attention. Take the lede of this article by an editorial meteorologist - seriously, that's his title - at the Weather Channel: "A multi-day, multi-region potentially historic and destructive winter storm will unleash its fury through Wednesday. When everything is said and done, the storm may very well impact a third of the population of the United States; approximately 100 million people." And that's not even to mention Canada! No wonder terms like snowpocalypse, snowmageddon and snowtoriousBIG are being bandied about. 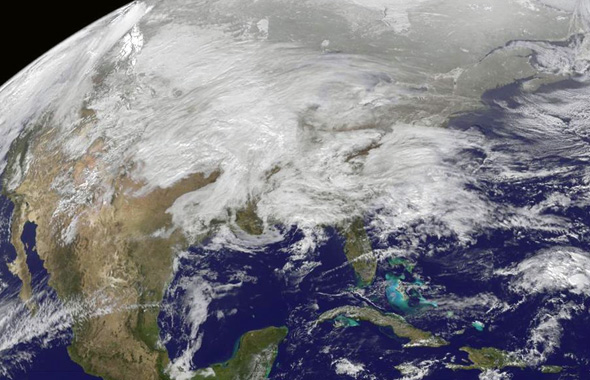 Looking at the images above and below, though, I suppose some of the hype is inevitable. But as I said in a tweet last night, this storm better hit us and hit us hard. I've been promised destruction, crippling conditions, and a clean-up bill in excess of $5 million. Please don't disappoint me!

On a more serious note, here's the official warning from Environment Canada - so do be safe out there. Oh, and photographers, please send your snaps of the storm to the blogTO Flickr pool. 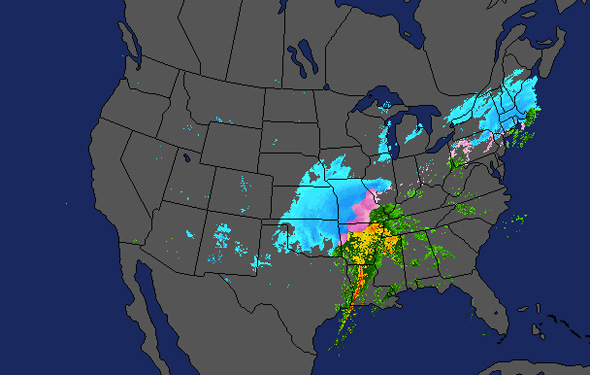 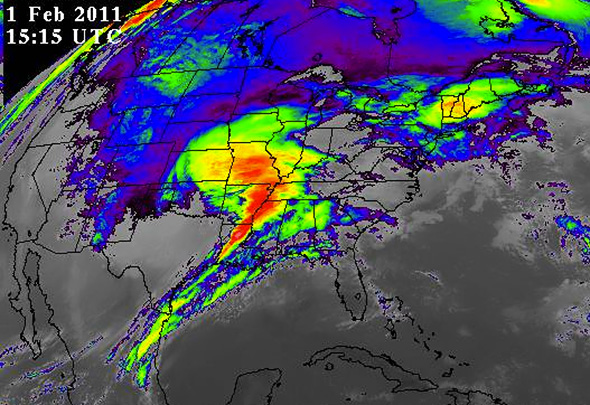 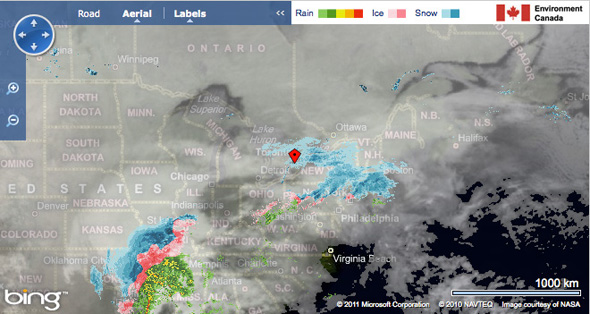