The NDP take over Toronto's Stop the Meter Rally

Friday's Stop the Meter protest at Yonge and Dundas Square was not quite the rally organizers were anticipating. By my guess, about 200 people of the 2,300+ who clicked "attending" on Facebook actually showed up. The reason for the low turnout is anyone's guess. The fact the rally was on a Friday, came on the same day that the CRTC announced it would delay a decision on UBB for 60 days, or the general apathy of Canadians - are all possibilities. 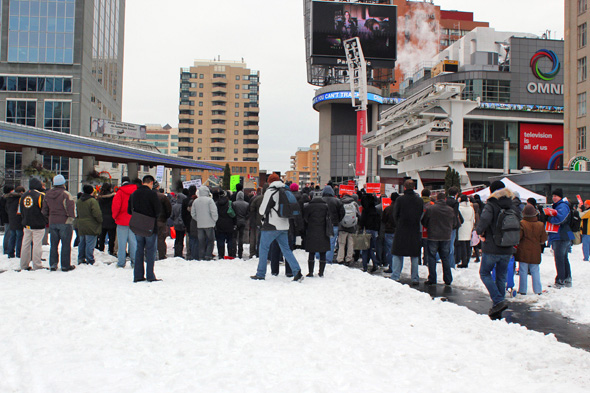 The staging and sound equipment was paid for by the NDP party - as was mentioned at the rally - and the NDP was quick to pass out party signs sporting "Stop the Meter" as a slogan in their trademark orange colour; leaving the rally to look, and sound, more like an NDP event than a non-partisan protest. A similar, if less conspicuous, strategy was evident at the Canadians Against Proroguing Parliament protest just over a year ago. 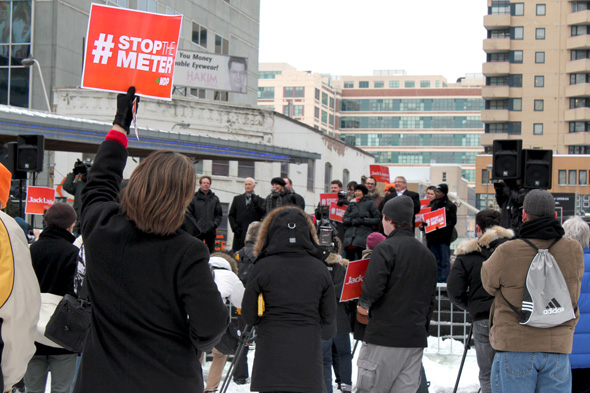 The low turnout hasn't, however, fazed organizers, who are plowing ahead with the planning of their next rally, which will take place on February 26th simultaneously with other rallies across the country. 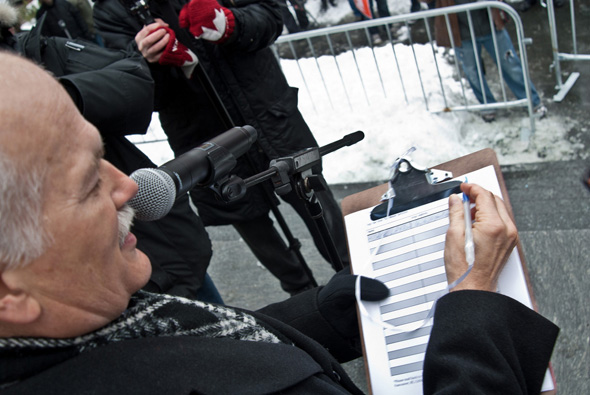 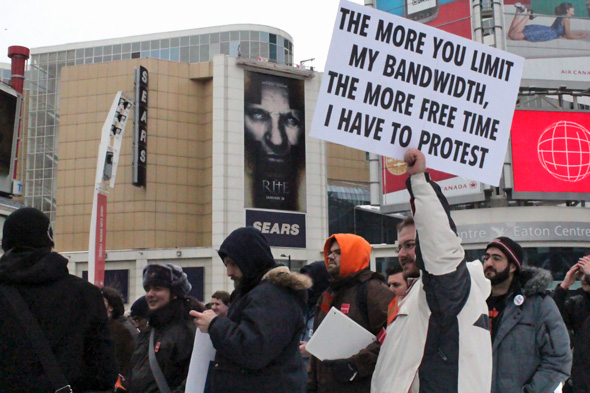 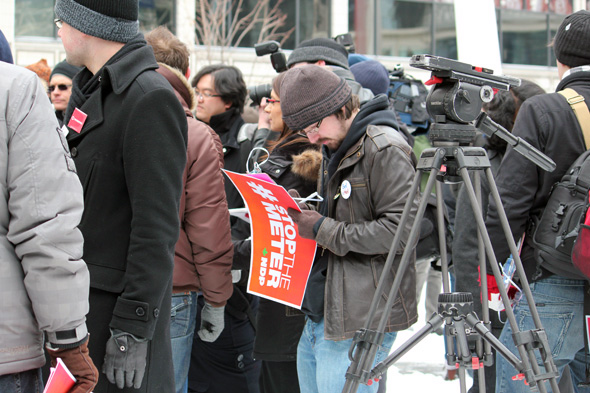 Photos one and four by GBrydson in the blogTO Flickr pool. Remaining photos by the author.