University College is a National Historic Site, and probably one of the city's best examples the Gothic Revival style. It is certainly one of the Toronto's most famous and beautiful structures, which nearly came to an end on Valentine's Day of February 14, 1890, only eight years after Oscar Wilde visited UC during his tour of Canada.

According to Martin L. Friedland's in The University of Toronto: A History, on that Friday night, the University College Literary and Scientific Society was hosting conversazione, an annual event that featured literary readings, scientific exhibits, demonstrations, and the promenading of two bands. The attendance was estimated to be about 3,000 people. Right before 7 p.m, two servants were carrying a tray of kerosene lamps from the basement. The lamps were lit, and were supposed to provide light for the event - at that time, electricity was not yet used in UC. The servants were climbing the staircase at the south-east end of the buildings when the tray fell. 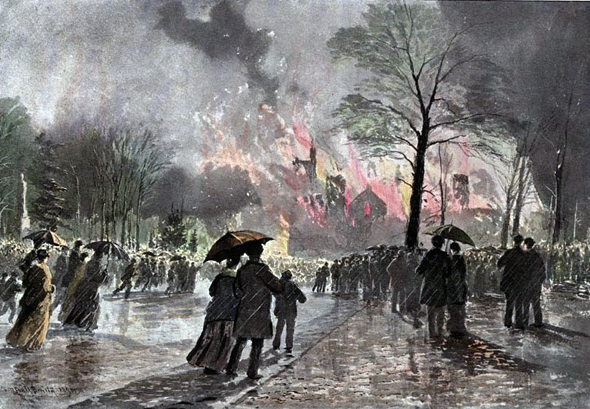 Burning kerosene almost immediately spread to the wooden staircase. From there, it reached the upper library in the east side of the structure. Toronto's fire brigade was on the scene quickly with its entire fleet, but it only consisted of two engines and one hydrant. What made the matter worse was that the water pressure was inadequate to direct it to the upper floors. Clearly, they were not prepared for a blaze of this size. Thankfully, the wind helped to salvage some of the west section of the college, but the fire wasn't under control until 10 P.M., and it wasn't entirely out until an hour later. 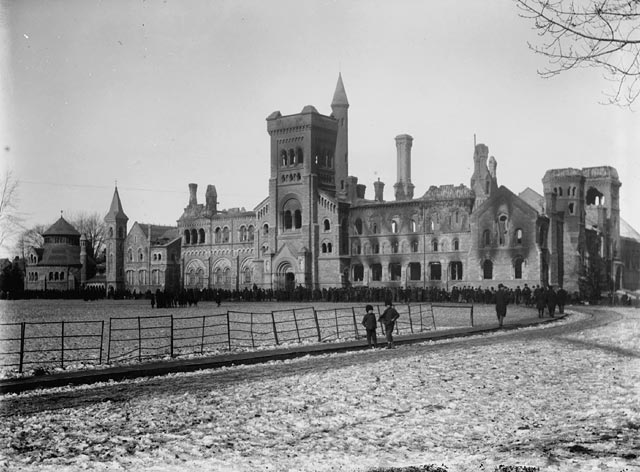 The building was severely damaged. The eastern part of the college was gutted, the interior of the central tower had collapsed. As a result, the great bell that had been inside, fell to the ground and broke to pieces. The oak doors at the main entrance were unrecognizable. 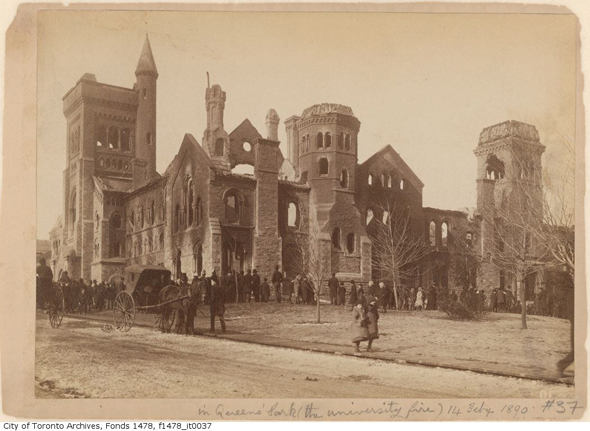 The library's entire collection perished in the fire, with the exception of about a hundred books that have been preserved. Some of them would be considered rare and expensive today. For example, a good copy of John James Audubon's Birds of America would be worth about $10 million. The museum housed at what is now the West Hall was also destroyed. Many other specialized collections were lost, such as Daniel Wilson's archeological collections and Edward John Chapman's mineral species. 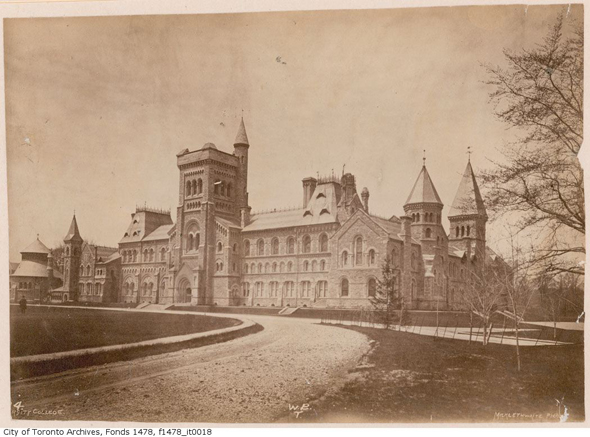 Fortunately, the fire did not damage the physics lab in the roundhouse, the residence wing, the stained-glass window on the west staircase and the ceramic tiles in the central atrium. 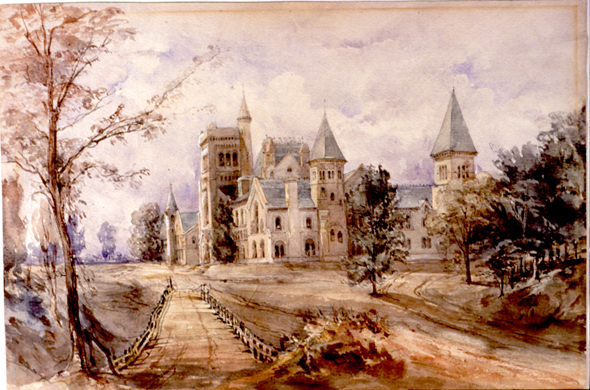 The inferno turned out to be a major spectacle. The police had to be summoned in order to control crowds of onlookers, who wanted to come close to the burning college. On Sunday morning, one newspaper reported that 50,000 came to witness the damage.

The fire must have been devastating to society of the late nineteenth-century city, which took a great pride in their "provincial university." However, the enthusiasm for reconstructing the building soon arose. David Dick, the university architect, and Casimir Gzowski, an engineer reported to the board of trustees that the damage was estimated to be about $260,000. However, the University only had $90,000 of insurance on the structure, creating a shortfall of $170,000 needed to restore the building. 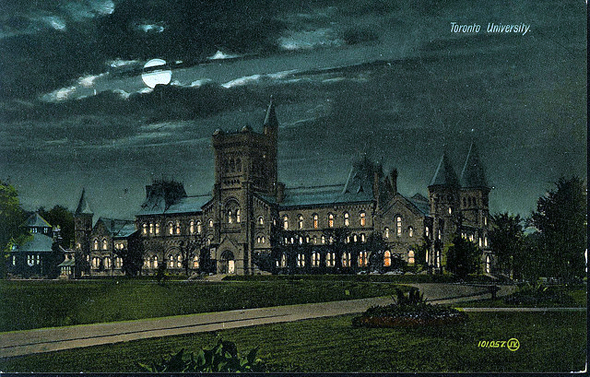 Luckily, money started pouring in. The provincial government contributed $160,000 to supplement the money received from the insurance, while the province of Quebec contributed the remaining $10,000. Curiously, the municipal and the federal levels of the government declined to offer any funding. 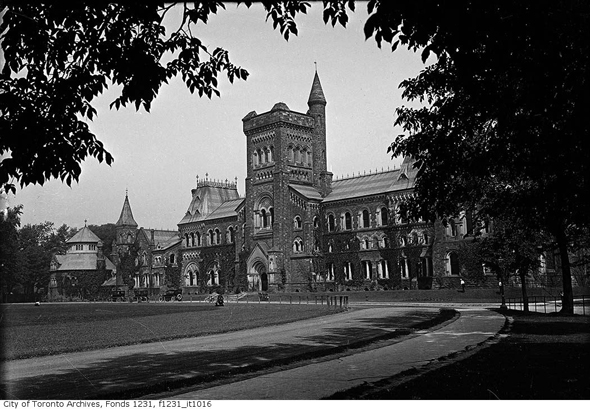 Images from the City of Toronto Archives and the Wikimedia Commons. Postcard from the author's collection.