Is homophobia on the rise in the Village?

"A stone came whizzing from behind us and hit the fence...I was shocked," said Phil Ogison, a crossing guard on Church Street, at a meeting organized to address the alleged harassment of the LGBT community by students from Jarvis Collegiate.

In response to such complaints, several dozen people gathered at the 519 Community Centre on Church Street Wednesday evening for a town-hall hosted and organized by Enza Anderson, a transgender community activist and media personality. 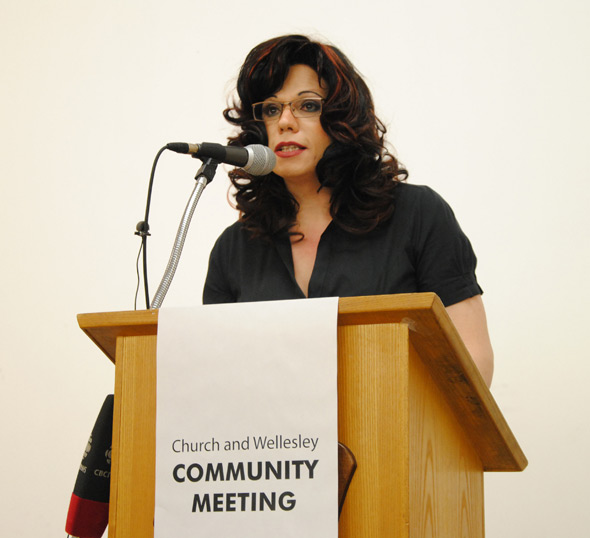 The controversy started over two weeks ago when Paul Winsor, a local florist, had frozen slushy drinks thrown at him. A few days later, Ryan and Ben Lester were physically assaulted near the Mehran Restaurant on Church Street. Since these incidents were reported, several more people have come forward with stories of harassment by Jarvis Collegiate students.

"I've been at Church and Alexander as a crossing guard for almost five years and up until the teens started to show up it was a lovely place for an old guy to have a job," Ogison said at the meeting. He described various incidents during which he was insulted, harassed, and attacked. 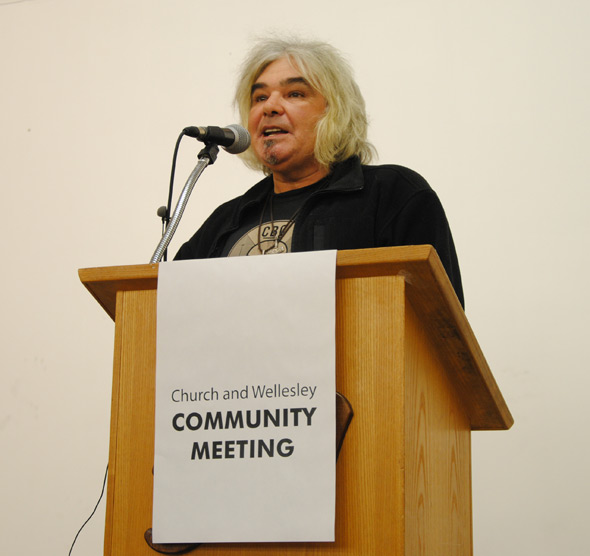 "When [the students from Jarvis Collegiate] started to show up the mood changed considerably. I wouldn't enjoy going to work anymore and I'd wake up with butterflies in my stomach. I didn't feel like going to face [those teens] because it went on every day."

Local resident Buddha Poitras, who uses a wheelchair, spoke next. "It's continuously gotten worse...One day I was out on my balcony and all of a sudden I heard 'you f------ faggots!' And then a drink went flying by my head and broke up against the glass." 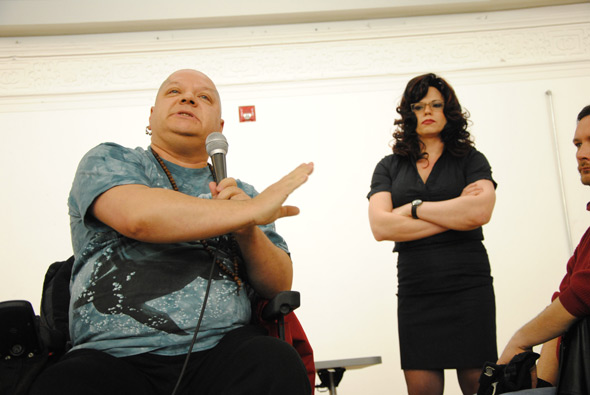 "I don't know what needs to be done, but there's not enough being done," Poitras added, "because this is getting really bad and more frequent."

Several officers from 51 Division attended the meeting to reassure the community that efforts to stop the teens have been stepped up. Sgt. Doug Gibson explained that some of the students involved have been identified. However, he added that to continue fighting the problem more people need to start talking to the police.

The Toronto District School Board (TDSB) sent its own representative, Kenneth Jeffers, the coordinator of the Gender Based Violence Office, to describe the initiatives the TDSB has instituted to promote tolerance of gender and sexual diversity.

While hate crimes are down by 24 per cent in Toronto from 2009 to 2010, according to the Toronto Police Department, many people at Wednesday's meeting weren't impressed by statistics. The general mood was frustration with the TDSB and the police for not doing more. 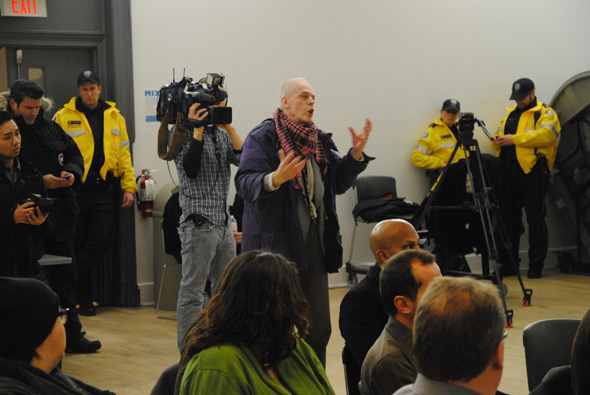 The recently publicized incidents have done much to stir people's emotions, but not everyone is convinced they are a sign of growing homophobia or violence in general.

Anderson, in a phone interview earlier this week, stopped short of calling the recent incidents a sign of growing homophobia. She said instead, "one gay bashing is one too many...if you don't address it, it continues and continues."

Howard Shulman, the Anti-Violence Program coordinator at the 519 Community Centre, echoed the same theme. "I don't necessarily think this is a worsening situation. I think it's just a situation that's continued for a long time in terms of hate crimes directed against LGBT individuals."

Others, including Kevin Beaulieu, who was representing Councillor Kristyn Wong-Tam at Wednesday's meeting, also agree that the recent incidents are not part of an increasing trend of violence.

The town-hall, however, was inconclusive about solutions or whether or not the recent incidents are a sign of worse things to come.