Don't quarry, everything will be alright

I find that it is often only in the depths of winter that I return to photographs from my warmer exploration jaunts. Some months ago traveling east from Toronto, myself and two other photographers headed toward a derelict iron ore mine in Marmora which has sat for years, slowly filling with water.

Today, only a few gradations remain visible, and the massive mine-head which overlooks the site sits in shambles, its metal structure and machinery well worn by years of neglect.

The area, in many ways, speaks aesthetically to both death and life. Its cool water fills what was torn away years ago (albeit only because a natural spring was unleashed during the quarrying process), and lush greenery thrives around it. The bone-like remains of industry at its peak are now nothing more than scrap -- Turkey Vultures even circle the area, drawing ominous slow curves in the sky. 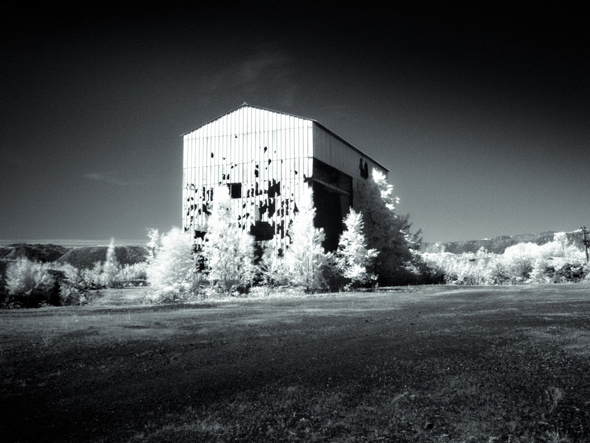 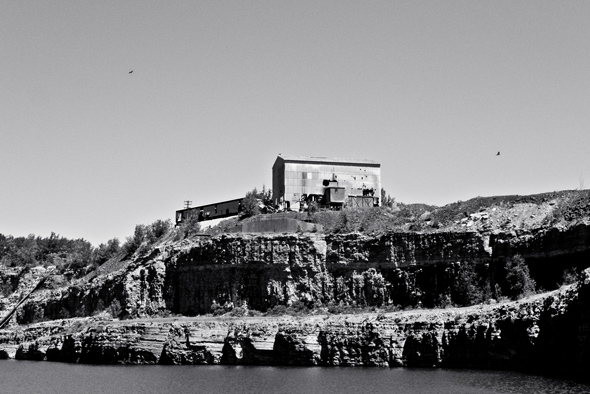 It's cool deep bath is inviting, and the entire spectacle seems almost natural. Yet upon closer inspection, one notices the human hand involved in the quarry's creation now being swallowed-up by the constant adaptation and re-inventive path and form of nature.

(I decided to use long-exposure infrared photography techniques for some of my snaps of the place, as they seem to give a more organic feel to the derelict mine...) 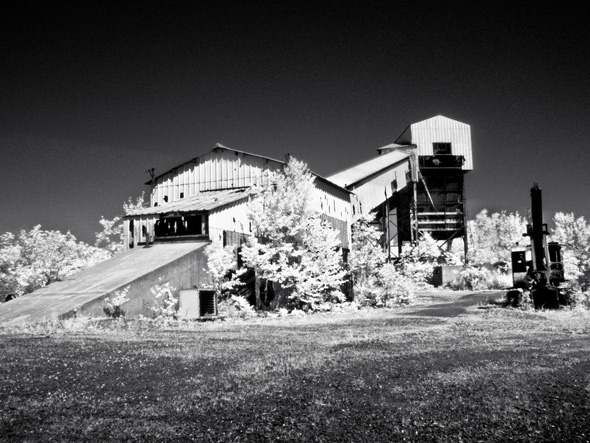 Surveying the quarry itself from the height of the derelict structures above, one of my friends recalls the days when he could see the machinery at the quarry's basin (immediately dating himself). Today, very few layers remain, electrical lines traipsing into the eerily calm water... 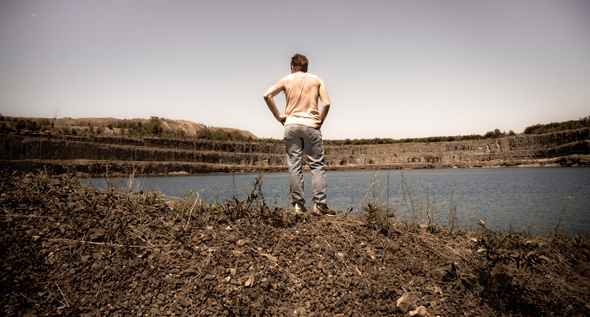 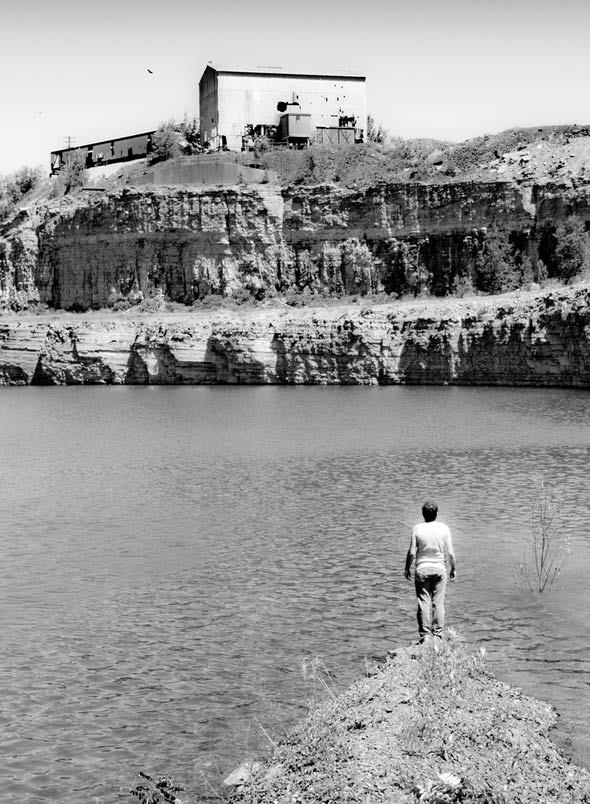 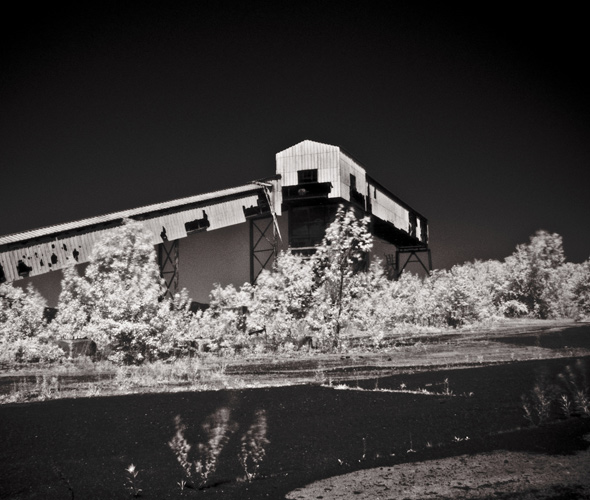 Although much of the remaining structures are so far-gone they are almost transparent, we still managed to find a few nooks and crannies (and chutes) to explore... 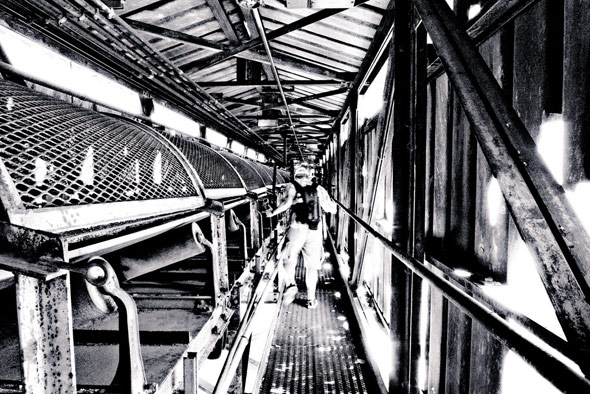 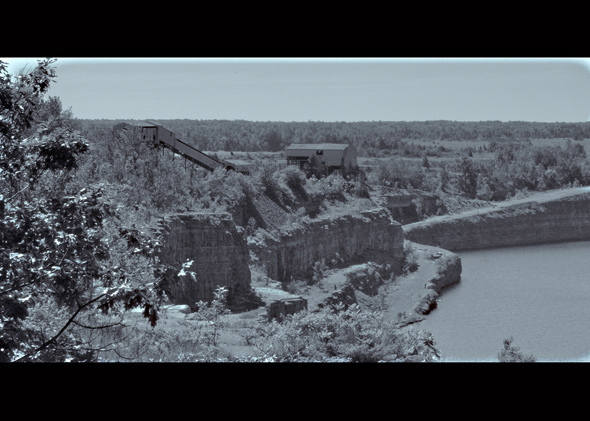 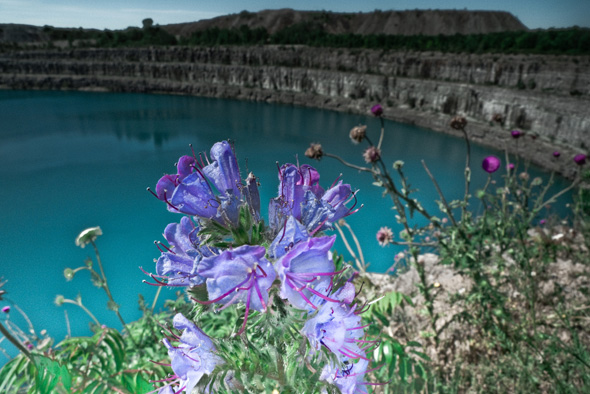 Usually, the abandonments which we seek-out are hidden away behind fences and boarding, yet the buildings and machinery at this site stand prominently amidst their surroundings and the meandering picnickers, who nonchalantly saunter by it's imposing structure.

The amount of time it'll take the Marmora quarry to become fully flooded is disturbingly measurable to those who love it. The amount of time before demolition-by-neglect overtakes the industrial structures above it is fated likewise, to those who seek, and have sought its charm. While perhaps not as intricate or beautiful as many of the industrial ruins I photograph, the physical situation of the place itself alone draws me near, an eerily beautiful manufactured landscape being slowly consumed by time.

(To see the rest of the series, as well as high-res versions of the images above, you can check out my flickr slide-show below...)