Thousands gathered on Toronto streets this morning to say farewell to Sergeant Ryan Russell, who was killed in the line of duty last week. As the procession marched down University Avenue, those in attendance reported that almost all that could be heard was the sound of the more than 10,000 police officers and emergency service workers in attendance. Officers from around the province as well as many from the northern U.S. made the trip to Toronto today to pay their respects.

Russell died last Wednesday when he was hit by a stolen snowplow that he was trying to stop near the intersection of Avenue and Davenport roads. He leaves behind a wife and two year old son. 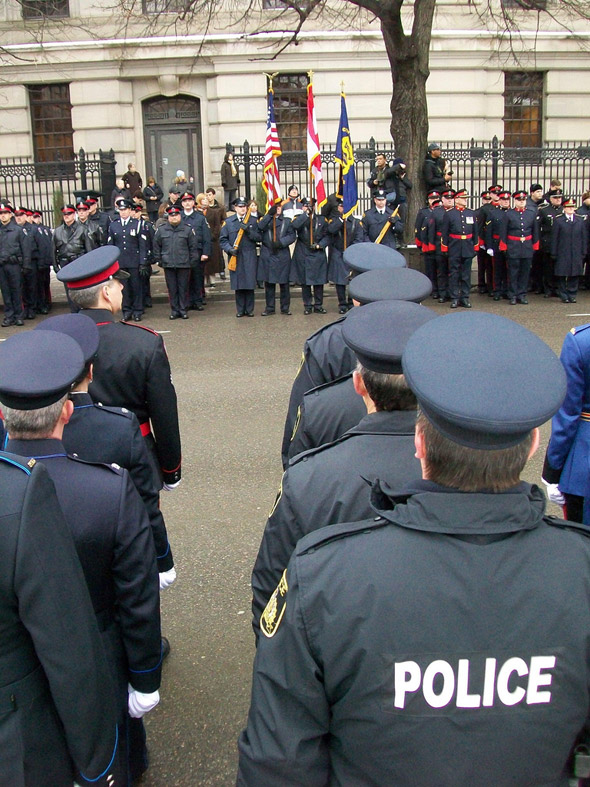 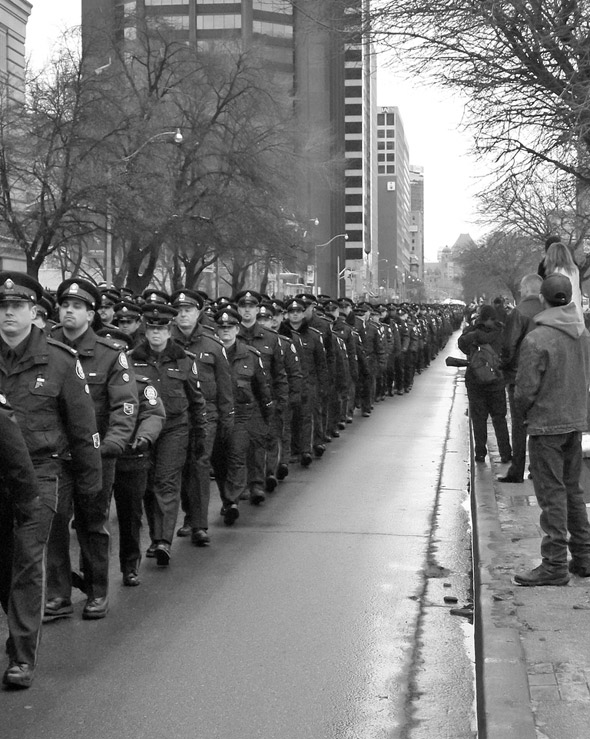 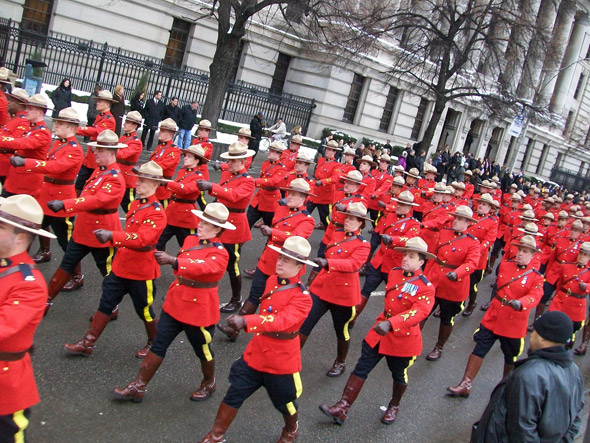 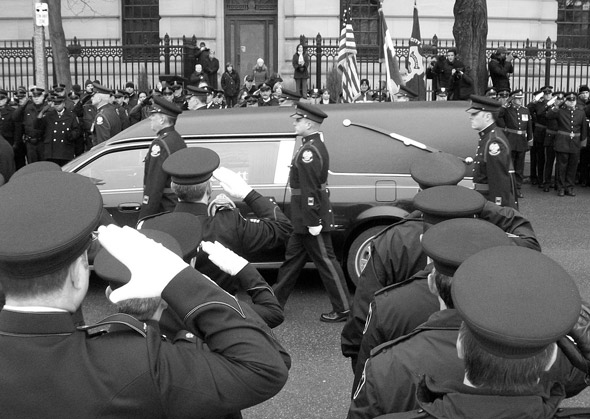 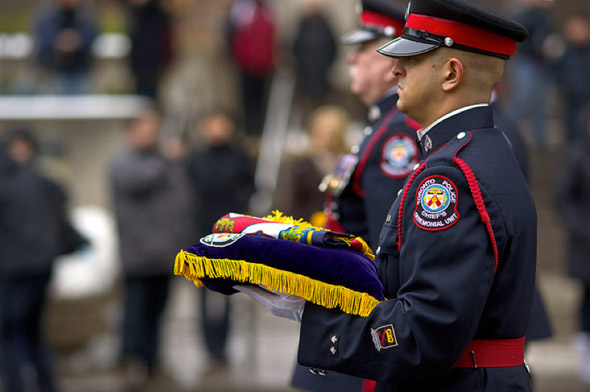 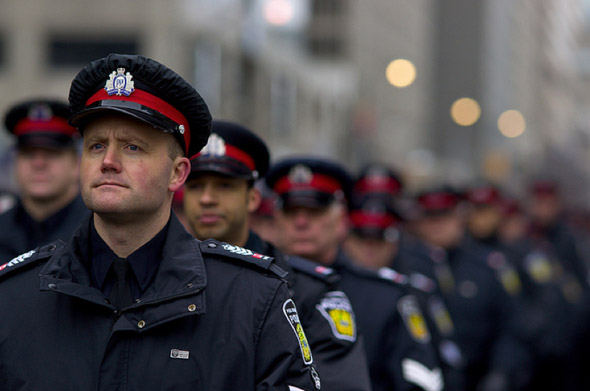 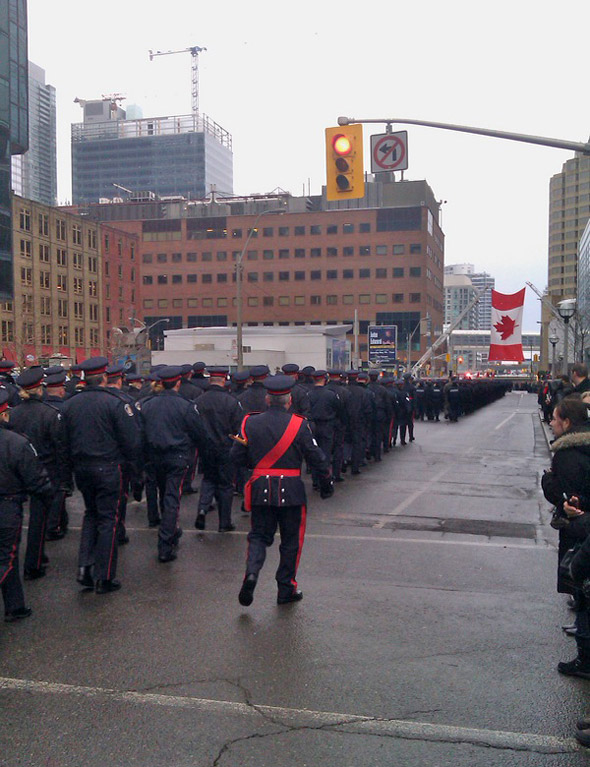