The long journey of six giant beer vats to Toronto

In addition to the TTC fare hike theatrics we witnessed earlier this week, another kind of drama was unfolding along the highways between Hamilton and Toronto. For the last few days, six giant beer vats have slowly plodded their wayt through the last 108 kilometres of a journey that started in Burgstadt, Germany and that will end sometime tonight or early tomorrow morning at the Molson Coors Brewery on Carlingview Drive. The vats were originally supposed to arrive early today, but cold weather and difficulties with hydro wires that needed to be taken down to accommodate the over-sized vehicles have led to a slight delay.

Here are a few of the somewhat staggering statistics related to the journey:

And here's what it has looked like out on the roads (lead photo by BigBrotherBear) : 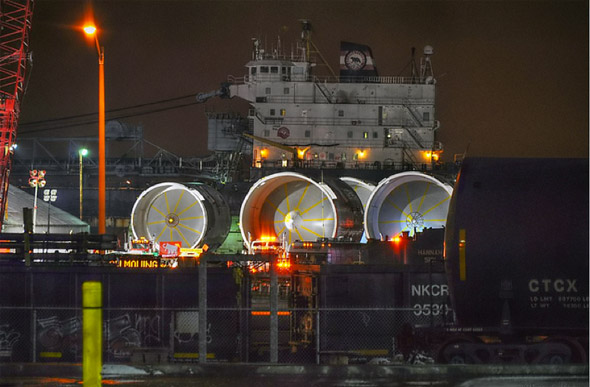 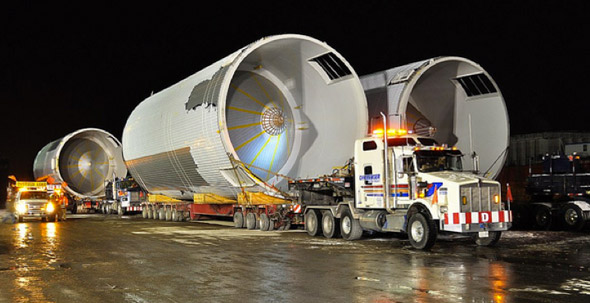 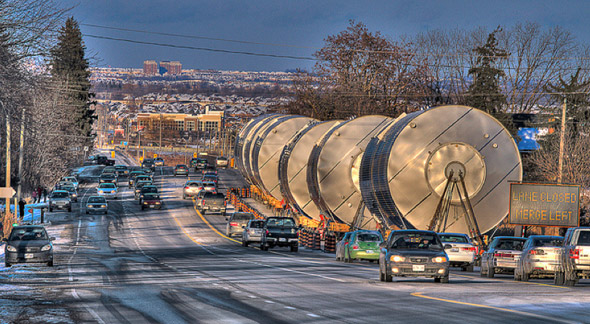 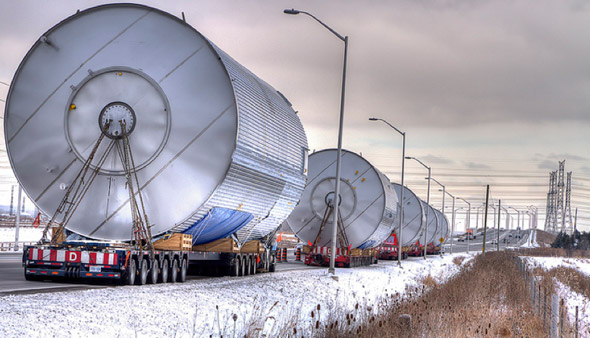 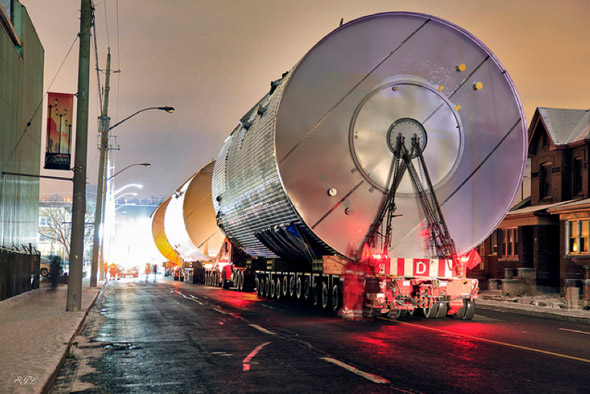 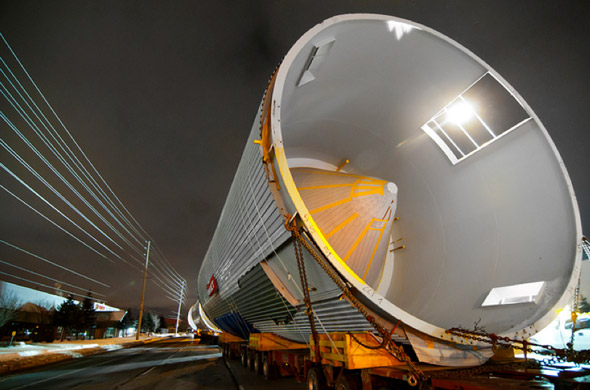