In a city that I consider fairly liberal, it is hard to imagine that nearly a century ago, Toronto boasted of such things as its own Morality Department, operated as part of Toronto Police Force. Many popular books on the city's history are wrought with clichĂŠs of the idyllic past, to the point that it is easy to forget how socially conservative the city used to be - and the realism of that time and context makes the past rather unappealing. As much as I admire looking at pictures of 1920s Sunnyside flappers, I feel glad to live in a city that is no longer concerned with what women do after work and why they walk home alone at night.

In Toronto's Girl Problem: The Perils and Pleasures of the City, Carolyn Strange writes that in 1886, William Howland, mayor between 1886 and 1887, established the Morality Department, known as the Office of the Staff Inspector. It was responsible for patrolling any instances of infractions of public order, which were quite diverse: public drunkenness, houses of ill fame, gambling, cruelty against women and children (which included abortion and infanticide), and perhaps most importantly, prostitution, which will be the focus here. 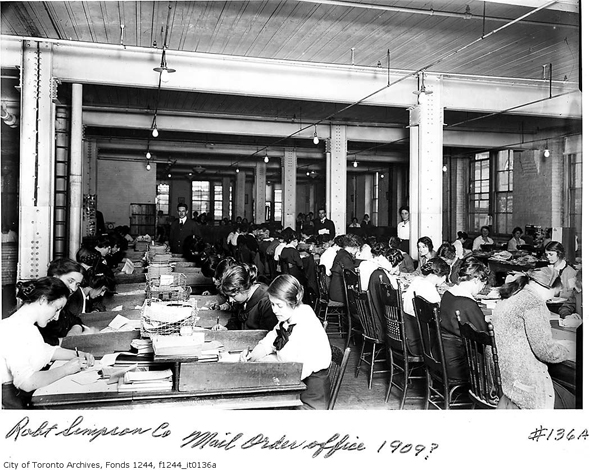 Beginning in the 1880s, many young women from the countryside moved to cities like Toronto in search of work. Some of them found jobs as domestic servants, but factory work offered certain advantages. Domestic service offered meager wages and the schedule was extremely demanding. There was also the possibility of sexual harassment from their employers. The city's numerous factories, on the other hand, offered better compensation and shift work, which meant that workers were able to partake in the numerous urban amusements in the evening. 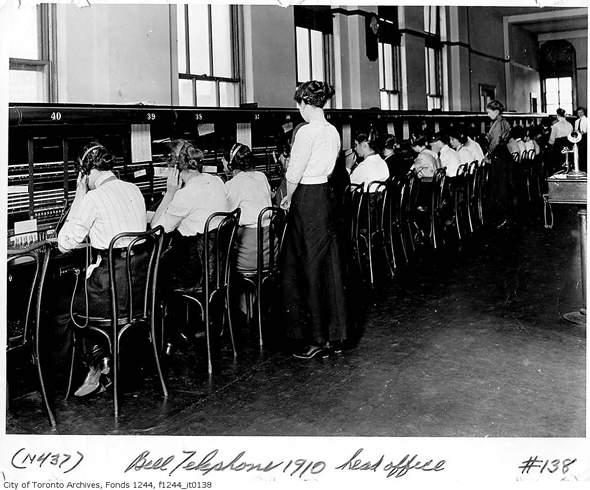 In the early 1900s, entertainment entrepreneurs began to realize the revenue potential resulting from the inclusion of a female audience. Thus, many venues offered lower or no admission prices, special sitting sections for spectator events, and shows that catered to women. At that time, the number of commercial entertainment venues also proliferated in the city, and they came to include amusement parks, vaudeville houses, dance halls, and nickelodeons. 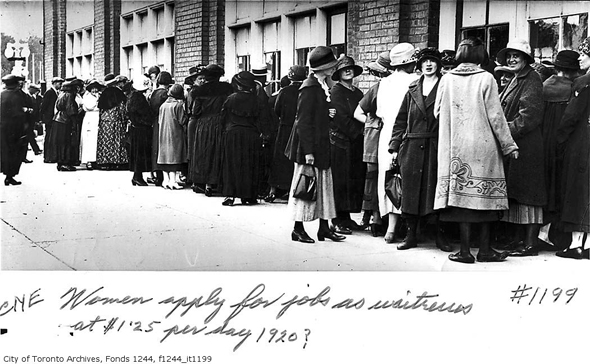 Between the 1890s and 1920s, vaudeville and burlesque houses were widely popular and they often vied for female patrons with their diverse programs: comedy sketches, minstrel shows, trapeze artistry, instrumental and vocal acts, and magic shows, which were offered as such place as the Gayety Burlesque and Vaudeville Theatre, the Star Burlesque House, and the Shea's Hippodrome Theatre, among others. 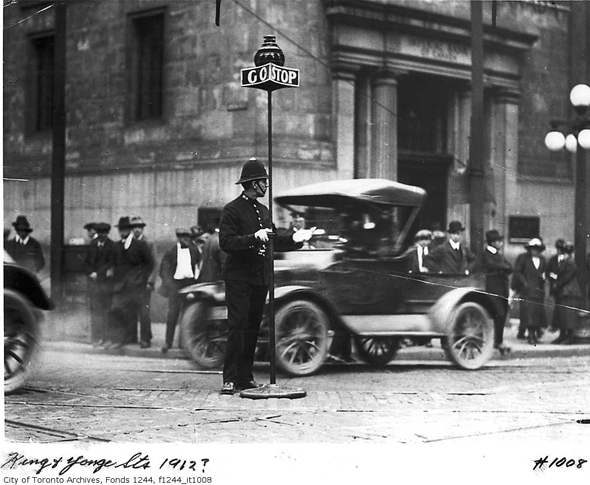 The officers watched over streets, parks, taverns, theatres, and dancehalls. They were a silent, sometimes even invisible (when working undercover) moral force. Their aim was to put an end to brothels and arrest street walkers, with the goal of making prostitution unprofitable and convincing women to engage in what was considered legitimate forms of employment, preferably in domestic service. To achieve this, the charge of vagrancy was often applied to substantiate arrest on the suspicion of prostitution. 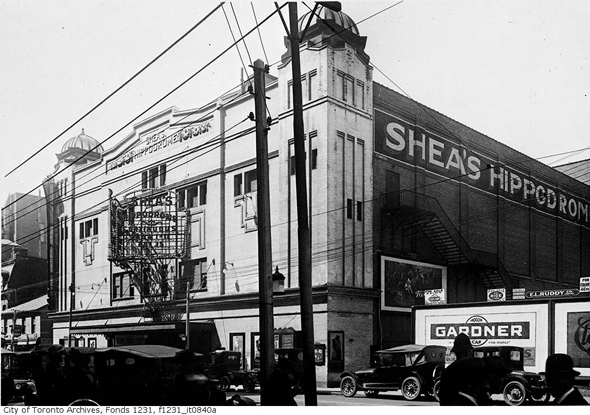 The investigators targeted a specific social class and "type" of women - single, young, working-class, whose only offence was to stroll on the streets or in the parks at night, which was enough to warrant their arrest. For example, on March 1, 1912, the Toronto Daily Star reported about Agnes Gilligan. According to the story she was a "young girl on the vagrancy list was remanded for a week, the Morality Department hoping to get her relatives to take her back." 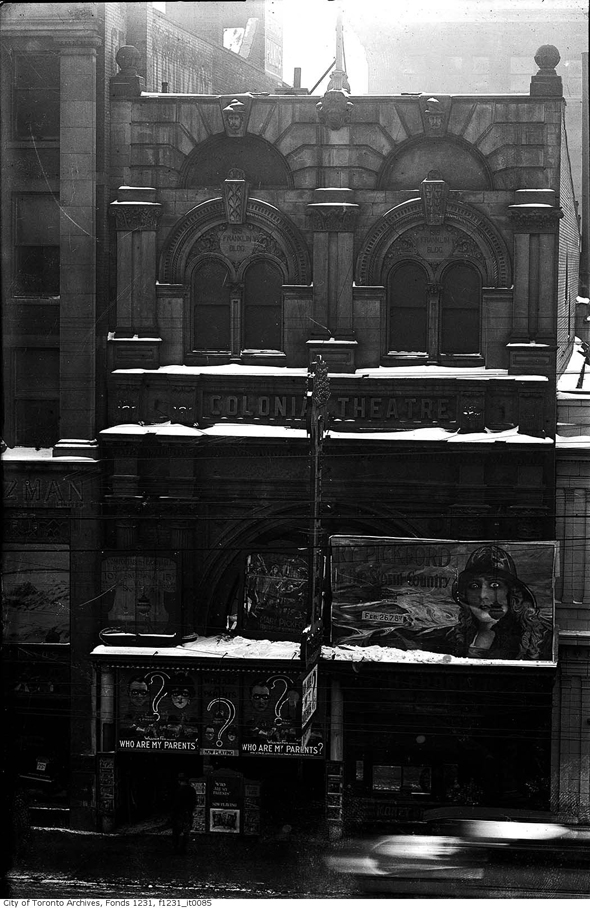 It is not certain whether Gilligan was a prostitute or not and her name does not appear on the pages of the newspaper before or after her arrest, but the fact that she was on the vagrancy list indicates that she must have been arrested more than once, and she landed a week in custody most likely for walking unaccompanied after dark or hanging with men in taverns. 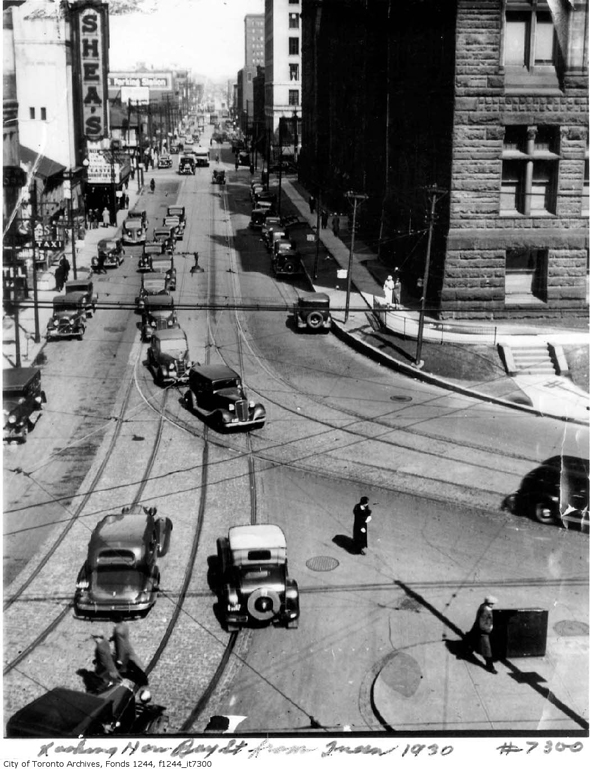 Another concern of the morality officers was the figure of the "occasional prostitute": the category of women who worked during the day and spent evenings in the company of men, who often paid for their "suppers, shows, and drinks." In the eyes of social reformers, if your date bought you a dinner and you went home with him, you were considered a prostitute, and your daytime work was only an excuse to avoid being arrested for vagrancy. Dance halls were perceived as the central locale of the semi-professional type of prostitution, as strangers, men and women, mingled with each other freely. 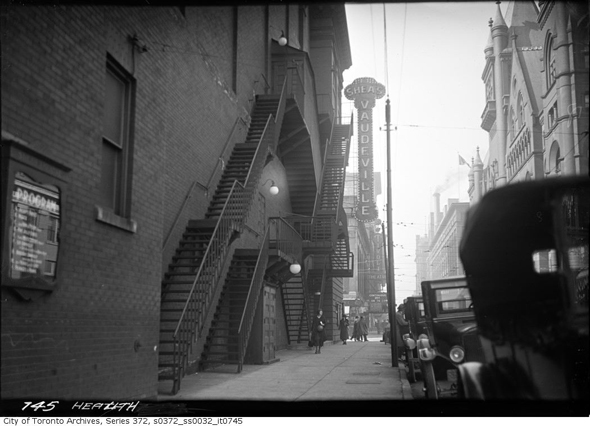 The women, of course, did not consider themselves to be prostitutes. Therefore, the undercover officers must have been shocked to hear that many of them often propositioned their dance partners for dates. Although men most of the time were first to initiate contact, it was women alone who were charged with the moral responsibility when confronted with offers of sexual favours in exchange for a drink or an ice cream cone. 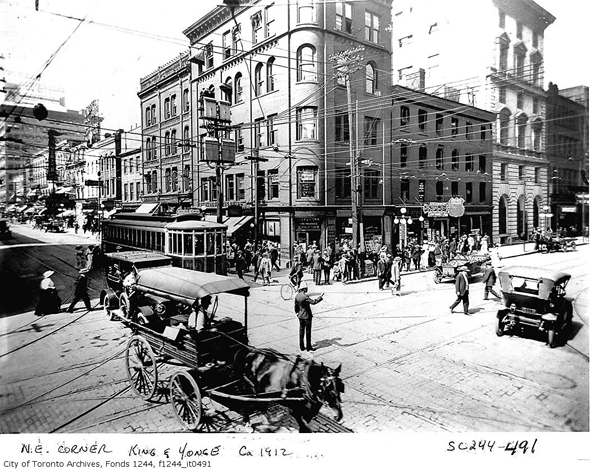