Toronto City Hall is long overdue for a photo essay on blogTO, so today I give our political centre the same treatment previously enjoyed by our city's chief landmark, the CN Tower. It seems fitting, too, given that prior to the tower's construction in the mid 1970s, Viljo Revell's concrete masterpiece was the most iconic (modern) building in the city.

Built between 1961 and 1965, City Hall has certainly aged over the years -- a visit to the offices in each tower testifies to that -- but its design is as bold and futuristic as Toronto architecture comes and remains a vital feature of the city's "skyscape." It's almost impossible to imagine that Toronto might have instead got one of the numerous other designs that were entered into the competition (see Marc Osbaldeston's Unbuilt Toronto for more on this). Most of these were bland, boxy and far more institutional looking -- in short, anything but iconic.

Although the back of the structure is sometimes criticized for its lack of windows or interesting features, the curved nature of the towers has always limited the degree to which those looking at the structure from north have to confront a monolithic wall of concrete. On the contrary, I've always though the each tower appears to be cradling the council chamber -- or democracy itself, as it were.

Like any structure that enjoys such importance -- both architecturally and socially -- City Hall is a photograph magnet. The majority of these are head-on shots taken from Nathan Phillips Square, which while nice, can get a little tiresome. As such, I hope this set of photos from blogTO Flickr pool members will, once again, reveal new angles from which to appreciate Revell's building. 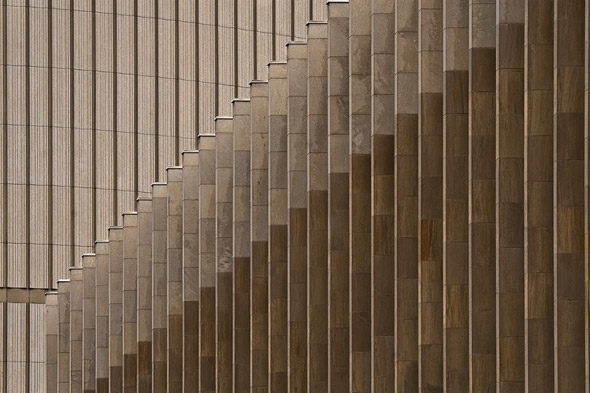 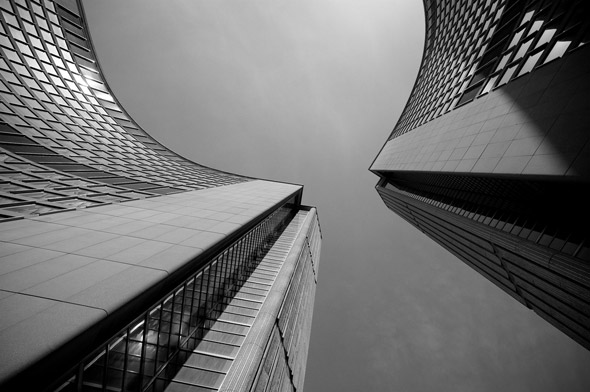 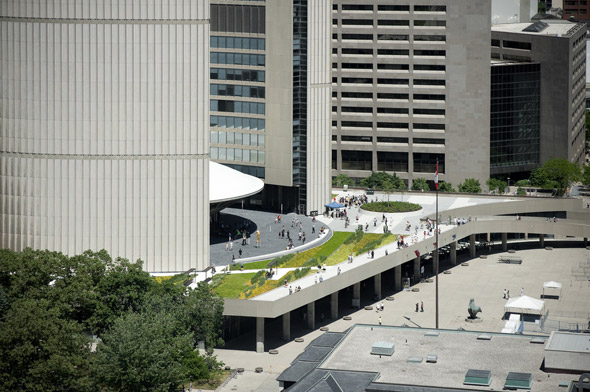 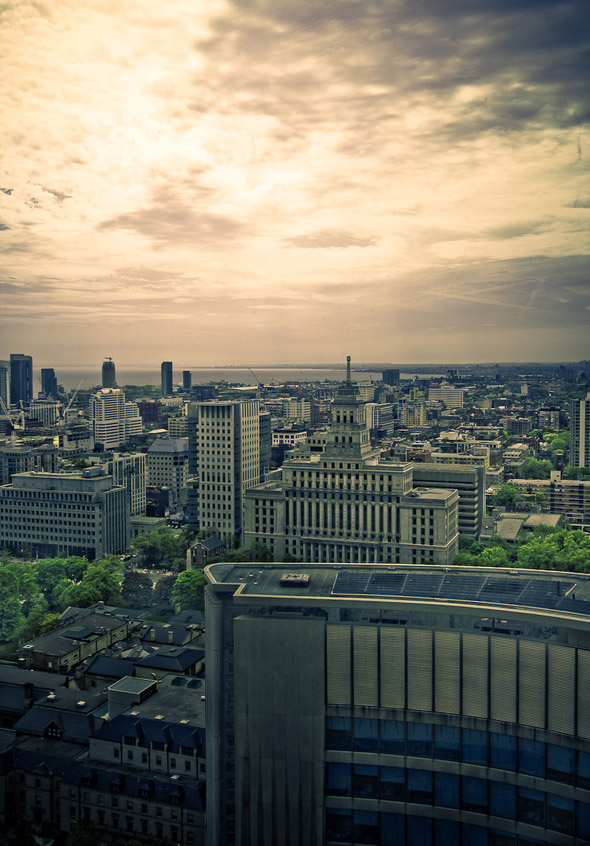 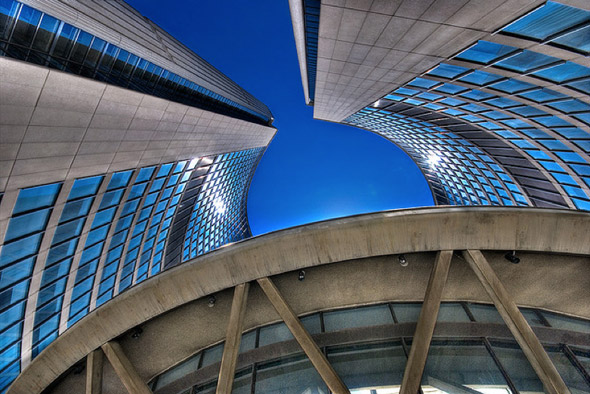 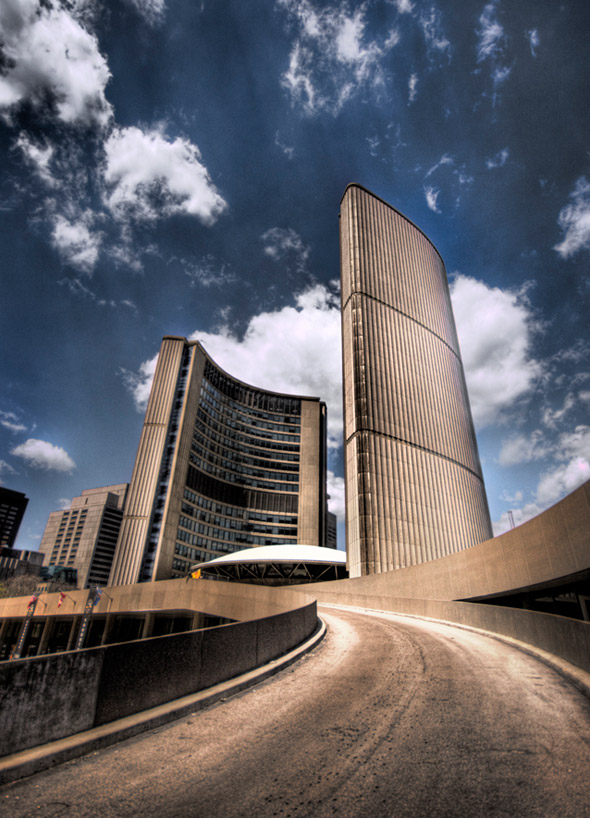 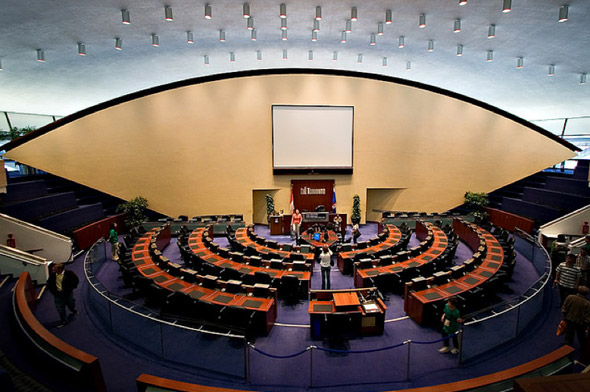 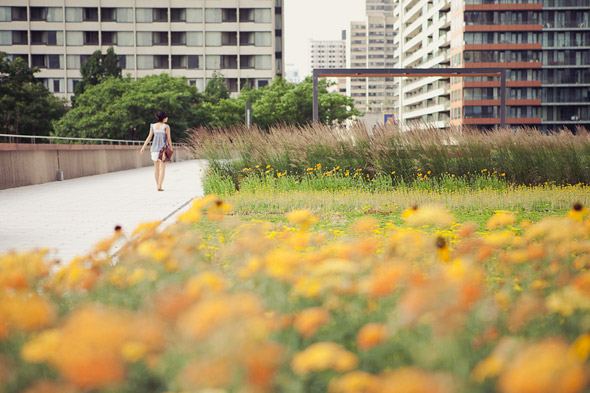 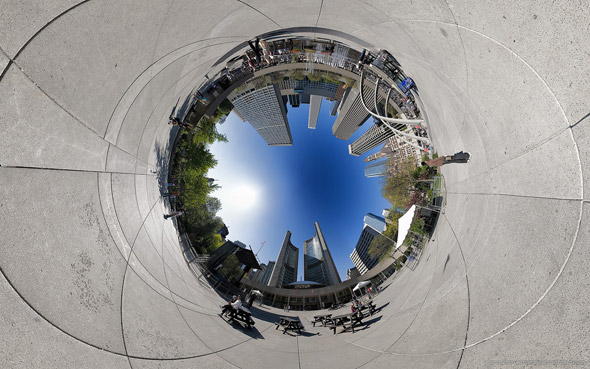 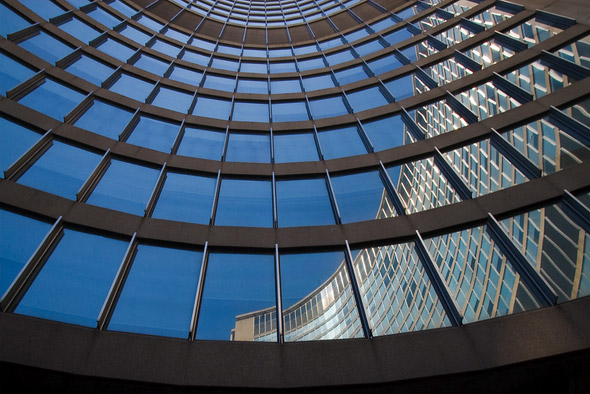 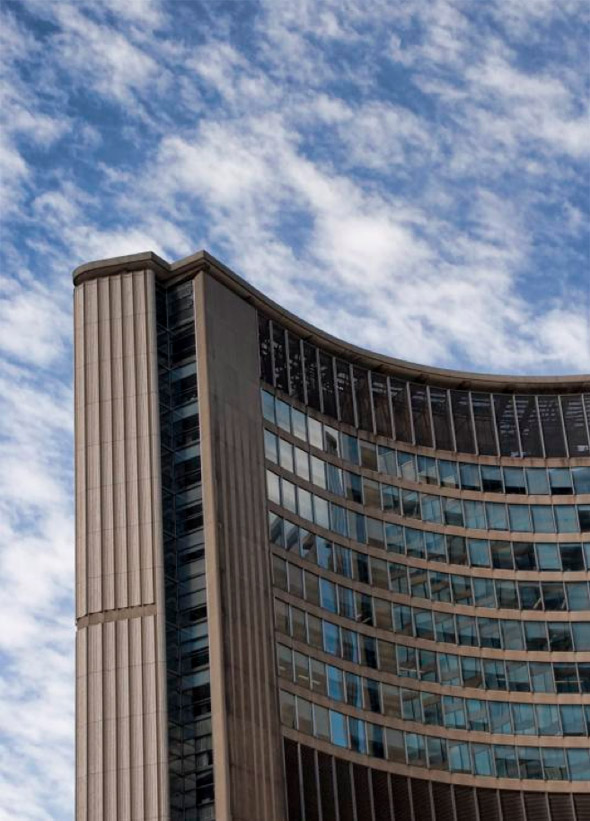 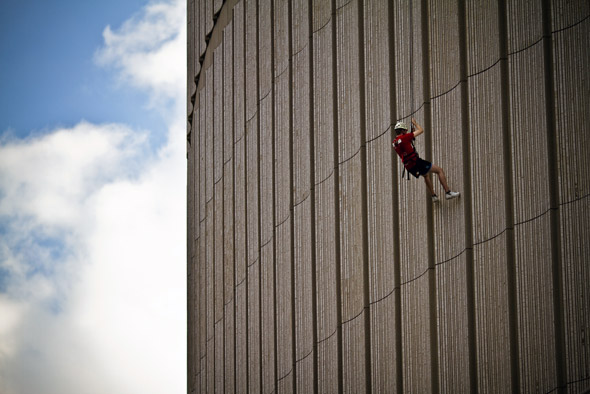