Rob Ford's motto might be "open for business," but anti-Ford protestors countered with their own slogan on Wednesday afternoon: "open for resistance."

At a rally organized by the Ontario Coalition Against Poverty and No One Is Illegal on the first day Ford officially took office, demonstrators kicked off what they say will be a consistent campaign to denounce the his mayoral agenda. 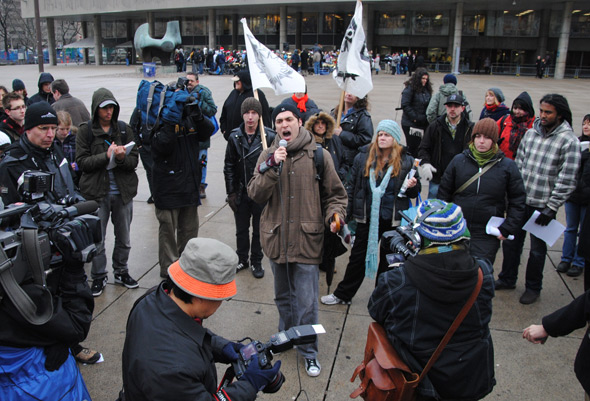 Several speakers from each group spoke in front of media and demonstrators outside City Hall this afternoon. They accused Ford of obliviousness to the plight of the poor and the homeless, and attacked him for discrimination against gays and people living with HIV. 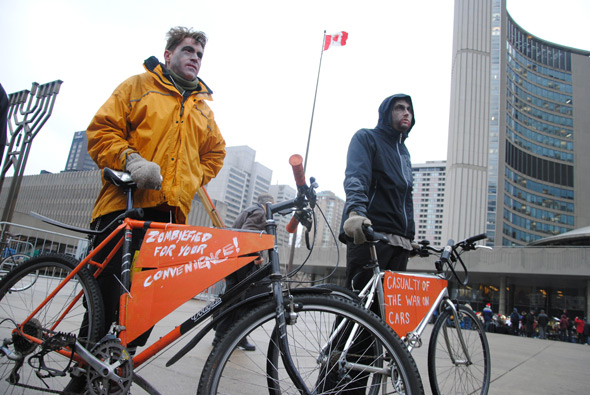 John Clarke, a leading figure at OCAP, said: "This is the first in a series of rallies....it's a kickoff today. I know there are some people out there who are a little shy and nervous about beginning this challenge. But I think we need to understand that on the other side [pointing towards City Hall] there's no corresponding nervousness!" 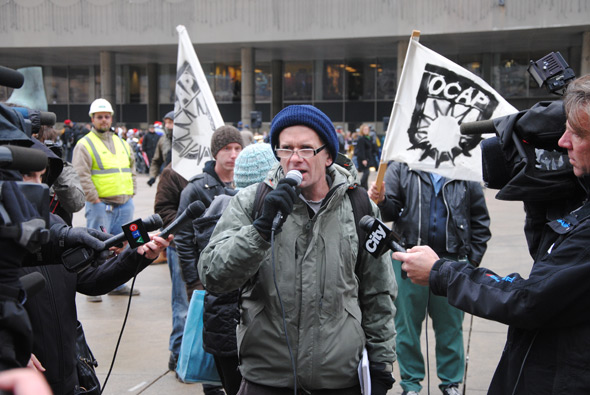 "There is a crisis of homelessness. There is a lack of housing. Public housing is being eroded. All these things are already under attack under the Miller administration! And that attack is about to become a thousand times worse!" Clarke continued to the crowd's applause. 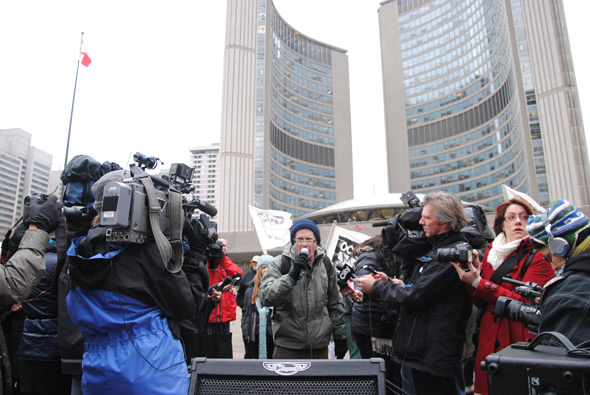 These protests will likely continue, as they did under Mike Harris on a provincial level in the late 1990s. And, to Ford's disadvantage, the economy is much worse now than it was then. But, as to whether they'll have any affect on Toronto's new mayor is another story altogether. 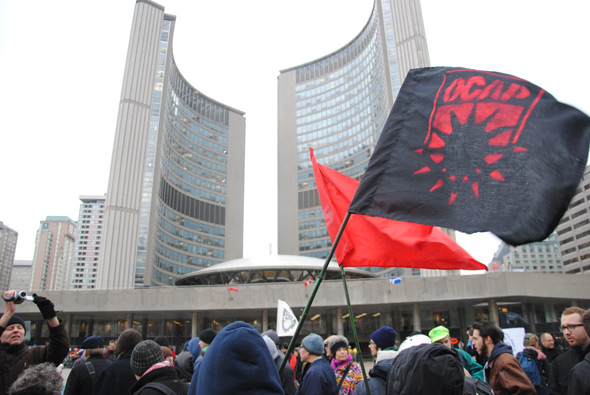