With the continuing de-industrialization of the city's railway lands, there are numerous opportunities for rebirth and new growth. One of these opportunities is the area around St Clair Avenue West, particularly between Weston Rd and Scarlett. To support this rebirth, city council has approved the development of a new big box retail complex at Weston Road and St Clair Avenue West. But is this the type of development the city should be supporting?

The development's name is the Stockyards, since the area was originally home to the Ontario Stockyards. In the middle of the twentieth century, the area was the largest livestock market in Canada. In the picture below, taken in 1954, the vast size of the area is clearly apparent (Keele Street is the street in the bottom right corner, and St Clair runs lengthwise). 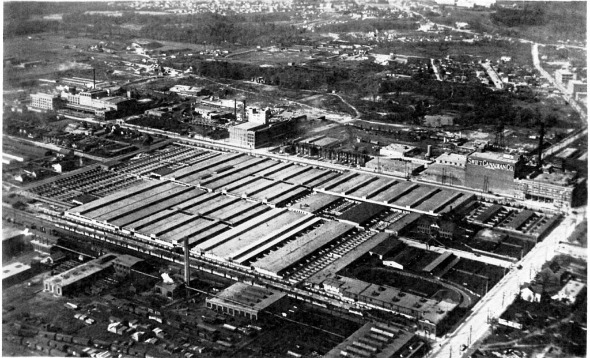 After 1993, when the Ontario Stockyards moved to Cookstown, most of the meat-packing businesses in the area either went out of business or moved as well. Since then, some of the area has been converted into big box stores: the Home Depot on the south side of St Clair was one of the first entries. There have also been some residential developments, particularly townhomes. The proposed complex will see one of the largest remaining parcels of land in the former Stockyards area converted into a new use.

The developer of the site, Trinity Development Group, is largely known for their suburban power centres. Their nearest property is at Dufferin and Steeles, and they have several more in Aurora, Newmarket, Vaughan and Brampton. At first glance - particularly when taking in the number of parking spaces - the Stockyard development appears to be more of the same. The development will have about 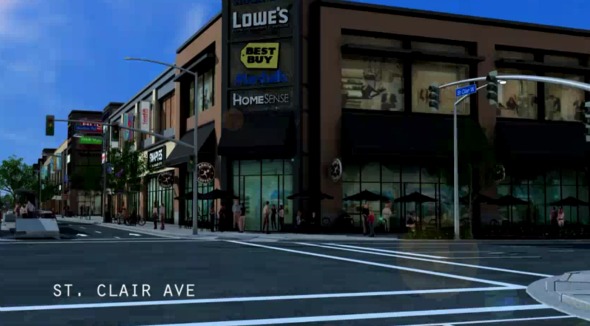 1,700 parking spaces. In comparison, the Eaton Centre has 1,300.However, the major redeeming feature of the development is that the buildings on some of the major streets - particularly St Clair Avenue West - will feature retail that fronts onto these streets. The result will be a very pedestrian-friendly design (in theory), and a step up from the Home Depot on the south side of the street. From St Clair Avenue West it will be difficult to tell that you are at a big box mall. There will also be some other charming features, including a roundabout (the rendering seems to show a Shayne Dark piece, but that's likely just some artist's whimsical addition). 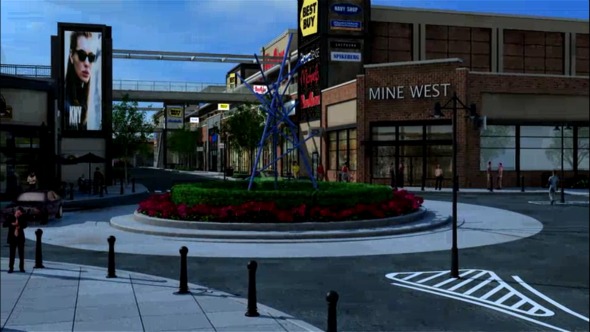 Unfortunately, the complex, despite resembling a standard mixed use high street, will not be mixed use. The second floor of the retail will contain more retail that will front onto the interior parking lots. Some lingering tenants will, however, remain a presence on the site. The 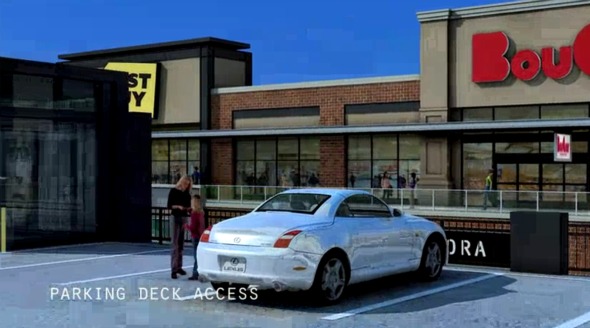 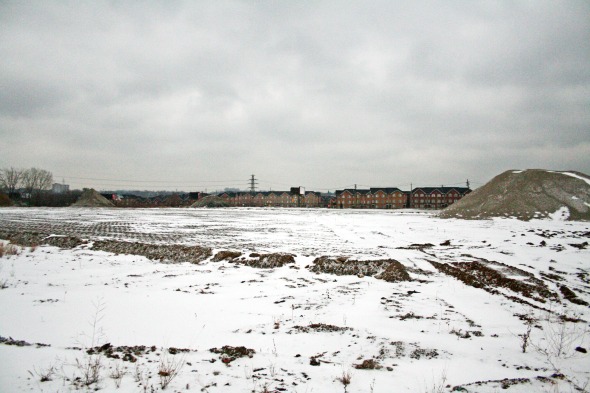 will abut onto the property, and city council does not like approving residential developments next to meat rendering plants.Another major concern is that the parking structure in the centre of the complex will not make the interior very inviting, and on account of this the streets might not be well used except as on-ramps to the parking garages. Without an eyes-on-the-street effect, security may eventually become an issue, particularly when all of the stores close at night.However, despite these misgivings, the project is going ahead. The city council zoning approvals for the building are in place. Construction equipment is on site, and hoarding has started to get erected along St Clair West, as well as Weston Road. The complex is expected to open by Fall 2012. A video of how the complex is expected to look when it is completed is below (however, if you are allergic to bombastic classical music accompaniments to shopping mall render porn, you might want to turn the sound off).

Like so many of these experiments, it will take some time to see if this is truly a different beast than a suburban power centre, or just some lipstick on a stockyard pig.